Laura Marling is very pleased to share details of a new album which finds its release later this week. ‘Song For Our Daughter’ is released on Friday 10th April via Chrysalis/Partisan. It’s preceded today with the first single, ‘Held Down’.

The news was revealed by Laura last night as she concluded the latest of her Isolation Guitar Tutorials via Instagram. She also shared ‘Held Down’, one of the many highlights strewn throughout another magnificent Laura Marling record. ‘Song For Our Daughter’ was recorded alongside producer Ethan Johns, and is Laura’s seventh solo album.

“My new album ‘Song For Our Daughter’ is coming out this week, ahead of our planned schedule. In light of the change to all our circumstances, I saw no reason to hold back on something that, at the very least, might entertain, and at its best, provide some sense of union.

“It’s strange to watch the facade of our daily lives dissolve away, leaving only the essentials; those we love and our worry for them. An album, stripped of everything that modernity and ownership does to it, is essentially a piece of me, and I’d like for you to have it. I’d like for you, perhaps, to hear a strange story about the fragmentary, nonsensical experience of trauma and an enduring quest to understand what it is to be a woman in this society. When I listen back to it now, it makes more sense to me then when I wrote it. My writing, as ever, was months, years, in front of my conscious mind. It was there all along, guiding me gently through the chaos of living. And that, in itself, describes the sentiment of the album - how would I guide my daughter, arm her and prepare her for life and all of its nuance? I’m older now, old enough to have a daughter of my own, and I feel acutely the responsibility to defend The Girl. The Girl that might be lost, torn from innocence prematurely or unwittingly fragmented by forces that dominate society. I want to stand behind her and whisper in her ear all the confidences and affirmations I had found so difficult to provide myself. This album is that strange whisper; a little distorted, a little out of sequence, such is life.

Listen to ‘Held Down’ - BELOW:

About “A Song For Our Daughter”…

The route to this exceptional new collection of songs began in the wake of touring Semper Femina when Laura stepped away from both her record label and her management, and for the first time in many years found herself without any firm idea of her future.

Instead, she chose the unexpected: she collaborated with the theatre director Robert Icke; she formed a duo called LUMP with Mike Lindsay from Tunng, recording and touring an album of dissonant melodic beauty. Then she enrolled in a masters degree in psychoanalysis.

For a time she distanced herself from the idea of being Laura Marling — all of the connotations and associations her own name conjured and began to explore something new. She realised that the songs she wrote after Semper Femina “felt too much like similar rewritings of other ones — like a writer who’ll write the same book over and over again,” and pushed herself to write beyond the known edges of herself. “And that was quite painful for me actually,” she says. “It’s the first time I’ve made a concerted effort to not just keep writing the same song again.”

The effect of exploring beyond her familiar world — her collaborative experiments and academic studies particularly, has been to liberate her. The next twelve months will also bring a new album from LUMP, and Laura credits the experience of working with Lindsay for a new perspective on songwriting. “Lump gives me a totally different space,” she says, “it’s just so much easier for me to have a really differentiated persona and the outcome is such a surprise to me.”

Time away has also allowed her to find a new kind of settledness. After many years of touring, and time living in the US and on the south coast, she has returned to London, living one street away from her oldest sister and her niece; her middle sister shares her home; she describes herself as “at a very comfortable place in my life, in a functioning long-term relationship.”

Her first record written away from the road, it is perhaps this contentment that has allowed her to step away from confessional songwriting. “It’s really hard for me to say, but I think that lack of ‘I’ is probably there,” she says. “I’m aware of being looked at, internally, by the proximity of people around me. There’s a really good Henry Miller quote where towards the end of his life he stopped writing and started painting and said, ‘I found painting to be the only medium by which I couldn’t cause people harm’. I was like ‘I feel you!’”

She has built herself a studio in the basement of her house, where she can spend her time enjoying “a lot of experimenting with sound” — in part a result of working with Semper Femina producer Blake Mills, who showed her “how much character you can draw out of sound” and of course her work with LUMP, where her voice is often used as an instrument.

She also gained considerable confidence from self-producing 2014’s Short Movie, and though she returned to Ethan Johns to co-produce Song For Our Daughter, she was steadfast in her vision for the album. “I demoed everything really heavily, and re-edited loads of stuff,” she says. “So I did all of the arrangements, I knew all the musicians I wanted to work with. I mixed the record with Dom [Monks — who has engineered several Marling albums]. And all of the backing vocals on this album I did at home because I wanted no one else’s opinion!”

It is a lusher sound than previous Laura Marling records, with broad sweeps and an abundance of strings by Rob Moose (Antony and the Johnsons, Bon Iver, the National) “I wanted to indulge in that,” she says. “I just wanted to let him go free.” She wanted the spaciousness she had found with LUMP “where you’re in an aural world rather than sitting watching something; or like a really great Bill Callahan album where it feels as if he’s in the centre of your brain.”

There is an unexpected melodic poppiness too — there on tracks such as Held Down, Blow by Blow and For You. “So I was introduced to Paul McCartney at the later stage of my life,” she laughs. “I was Lennon. And I really only saw a surface level of Paul McCartney — dyed hair and Converses that I found unacceptable. But then I did the full catalogue of solo Paul McCartney stuff and saw I was obviously wrong. You realise the little things that get you, the little sentiments.” She describes Blow by Blow then as “my little homage to Paul McCartney … I was just trying to write a bit more simply and it’s so much easier on the piano because I’m so bad at it, I’m forced to really simplify.”

After several years of recalibration, this year will be another shift for Laura Marling: two new albums, (eventual) headline tours, and, one imagines, many more collaborations, experimentations and solo adventures to come.

New tour dates will be announced imminently. Laura’s previously announced US, UK and European tour dates have been postponed. 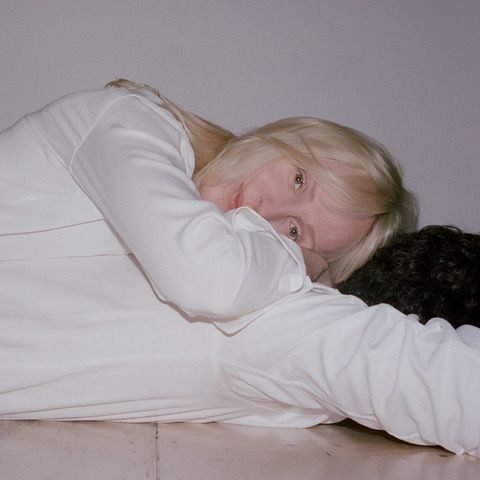 SONG FOR OUR DAUGHTER - TRACKLIST

British songstress Laura Marling released her sixth album, “Semper Femina” on March 10th. Her latest release is a cohesive collection of songs examining the complex relationships of women. “Semper Femina” is the follow up to...

Laura Marling has announced full details of her sixth album with the unveiling of new video "Soothing."Semper Femina will be released March 10th, 2017 on Laura's own label More Alarming Records via Kobalt Music Recordings....