Kodaline’s recent tracks ‘Wherever You Are’ and ‘Sometimes’ have shown that the band’s huge following is as strong as ever. The two songs have quickly amassed 15 million streams at Spotify alongside 7.5 million views at YouTube. The band add to that flying momentum with the news that their new album ‘One Day At A Time’ will be released on June 12th. Its launch is boosted by the release of the new single ‘Saving Grace’.

‘Saving Grace’ is an anthemic expression of optimism and vulnerability, with Steve Garrigan’s soulful topline complemented by the band’s uplifting choral vocal harmonies.

Kodaline commented, “‘Saving Grace’ is a song about that special person in your life that is there for you no matter what. It’s a song that means a lot to all of us, as we all rely on people in our personal lives to be there and support us through the high and lows of our career.”

Listen to 'Saving Grace' - BELOW:

‘One Day At A Time’ is the band’s fourth album, and adds a new chapter to a career that has already encompassed three #1 albums in Ireland, two Top 5 albums in the UK, and more than a billion streams at Spotify.

Kodaline approached the album with a streamlined process that took them back to their roots. The majority of the sessions revolved around the four band members alone in their modest recording space in Dublin, with bassist Jason Boland leading the production side of things.

The band’s primary objective was to focus on the emotion that has informed many Kodaline fan favourites. As we’ve seen from the two recent singles, they’re playing to their strengths: insistent melodies and captivating hooks exploring stories that are revealing, unguarded and immediately relatable.

In addition to ‘Saving Grace’, the album’s highlights include ‘Spend It With You’, the tale of a couple who vow to stay together as the world hurtles towards its final apocalypse; a beautiful celebration of the ups and downs of relationships in ‘Care’; and the concluding arena-scaled drama of ‘In The End’. 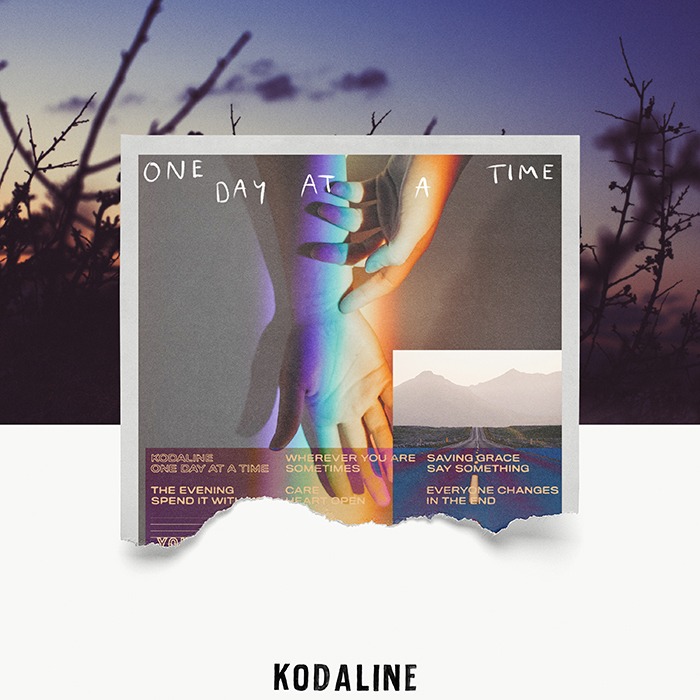 ‘One Day At A Time’ tracklist:

THE SCRIPT - ANNOUNCED FOR TENNENT'S VITAL 2015

Following their SOLD OUT Custom House Square, Belfast show in August 2021, Kodaline are pleased to announce a Waterfront Hall, Belfast show on Thursday 18th November 2021 as part of their Acoustic Tour. The four-piece...