Armagh native, Kitt Philippa today announces the release of their debut album ‘Human’ on October 11th through Paragon Records. Picking up from the release of their stunning four-track EP ‘You' - that was released earlier this year and featured singles ‘Human', 'Grace' and 'You' – the record is an outstanding and emotive work from the winner of the prestigious Northern Irish Music Prize – Single of the Year 2018 (‘Human’).

To coincide with the announcement, today Kitt Philippa releases the Medii Remix of the single and album title track. Medii are a transatlantic duo consisting of Ari Kyle and Adam Lilley. Despite being separated by the 5,437 miles between Los Angeles and London, the two have effortlessly crafted a consistent stream of stand-out originals and remixes. With their style ranging from 80s to trap, you never know quite what to expect next.

Listen to the Medii Remix - BELOW:

Although growing up largely in a classical music environment, Kitt Philippa’s influences have been broad, and their songwriting and performances reflect a craft steeped in contemporary urban and digital soundscapes; from their homelife inspirations; to Queens University; to an introductory stage talent development scheme at the Oh Yeah Music Centre, Belfast – a dedicated music hub for new talent setup by Gary Lightbody (Snow Patrol) in response to the lack of infrastructure for young musicians to congregate, exchange and inspire in Belfast; to performing their original music live onstage with the Ulster Orchestra at the ripe old age of 21 and beyond.

The single 'Human' – is a contemporary electronic pop cut where the listener is being willed to be close, to rediscover that most beautiful denominator. 'Human' went onto win by public vote, (fending off stadium sized competition in the form of Ash and Snow Patrol), the Northern Ireland Music Prize 'Song of the Year' in 2018.

Kitt Philippa (KP) has been championed by Mary Anne Hobbs (BBC 6 Music), Tom Robinson, Phil Taggart (BBC Radio 1), Huw Stephens, RTE 2FM, Today FM, Hotpress, The Line of Best Fit, Indie Shuffle, CLASH, Earmilk, The 405, Nialler9 amongst others. BBC Entertainment News in their review of The Great Escape 2019 proclaimed, “You can instantly hear why Hozier said "impressive is too weak a word" to describe their music.”

A December 2018 performance at Other Voices in Dingle witnessed by Paragon Records led to them partnering with Kitt on the release of their debut album ‘Human’. Kitt’s mesmerising live performances have been witnessed by many including fans of Daughter, SOAK, Villagers, Lisa Hannigan, Anna Calvi, Hilary Woods, Mt. Joy, Wye Oak, Tiny Ruins and Lucy Dacus, as well as festival goers at Latitude, Hard Working Class Heroes, The Great Escape, Body and Soul and Electric Picnic Festival and a huge crowd of 40,000 Snow Patrol fans at Ward Park Bangor in May.

Kitt Philippa appears at Electric Picnic Festival on August 31st and headlines Set, Dalston London on October 23rd. Tickets for the London headline show are on sale now from https://www.seetickets.com/event/kitt-philippa/set-dalston-lane-/1423216

For Kitt Philippa the process of putting together their debut album has been one steeped in a desire to capture the push and pull of what it means to be human in 2019. As a result, thematically, ‘Human’ largely details what it is to struggle. With one eye focussed on the enormity of what this subject matter entails, the other is trained firmly on the smaller details, and how these coalesce to create significant experiences. It is this particular point – the clarity in the detail - that gives ‘Human’ its notable poignancy.

In the same way that the album musically shifts form – through contemplative slow-burns, swirling digital soundscapes, and rousing chorales – so too does the route through the record for the listener, as the outlines are drawn by overarching themes of love, burden, loss, time and place. It is deliberate in its direction but, like the unpredictability of life itself, is punctuated by unintentional moments that bring a ringing consequence to the album. ‘Fahrenheit’ for example, with the weight of its lyrics and intensity of their delivery, addresses the difficulties of interaction, while ‘Lion’s’ smouldering and touching portrayal of strength under the weight of adversity provide one of the album’s highlights. The resulting theme of mental health came along unintentionally – in the same way it can lurk in amongst the shadows of human emotion.

Elsewhere, Philippa’s talent for devastating songcraft and the conjuring of stark imagery are rarely more in evidence than on ‘Untitled’ and ‘Atlas’. Of ‘Untitled’, they say; “I had a specific image in my head of an older woman wearing a long, dark, heavy coat walking along a street in warm weather. She moved in a slow, measured way. The heat amplified the coat and there was something about its ability to physically conceal. It paralleled mental burdens that are hidden and carried. The end of the song is a prayer for the woman's safety. The drone is a prominent feature of the track. They were present in a lot of early church chant music and can ground a piece of music like an anchor.” Similarly, ‘Atlas’ comes from a concerning visual scene in a dream, as Philippa continues, “The track knows fear and recognises the need for positive action. Life feels dangerous sometimes. Atlas looks to strength and source(s) of strength.”

Just one of ‘Human’s’ many outstanding qualities is its ability to challenge. It doesn’t claim to have all of the answers, but it asks the right questions as it makes emotive pleas, wrestles with feelings of isolation, and ultimately shows us how Kitt Philippa’s corner of the universe feels. 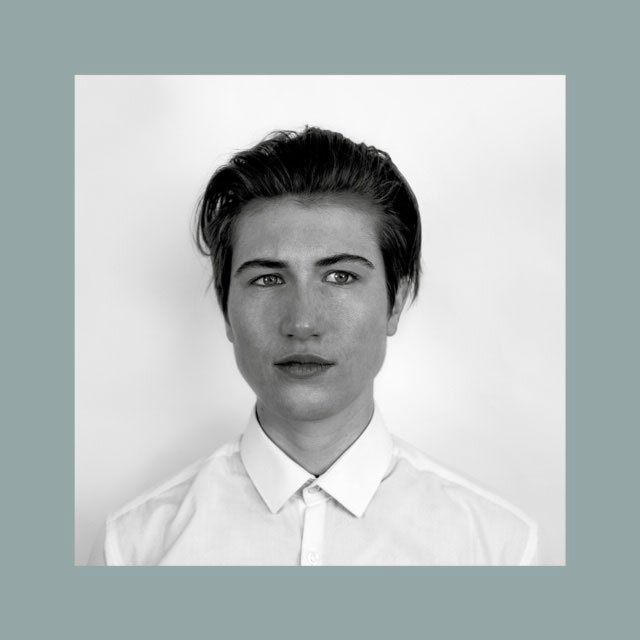