Parlophone Records will continue their reissues series of the IRON MAIDEN catalogue with the fifth set of Digipak CD titles in The Live Collection – Remastered, to be released on June 19th. The albums included in this release are the seminal live recordings Live After Death and Rock In Rio.

Live After Death was recorded at Long Beach Arena, California in March 1985 on the band’s legendary year-long World Slavery Tour which started in Poland in August 1984. It comprised 187 shows around the globe and turned Iron Maiden into one of the biggest bands on the planet. The album, which also features additional tracks recorded at London’s Hammersmith Apollo, is widely regarded as one of the greatest live albums of all time.

Rock In Rio was recorded on 19th January 2001, on the final night of Iron Maiden’s Brave New World Tour. The performance was in front of 100,000 fans and was subsequently broadcast globally on TV. 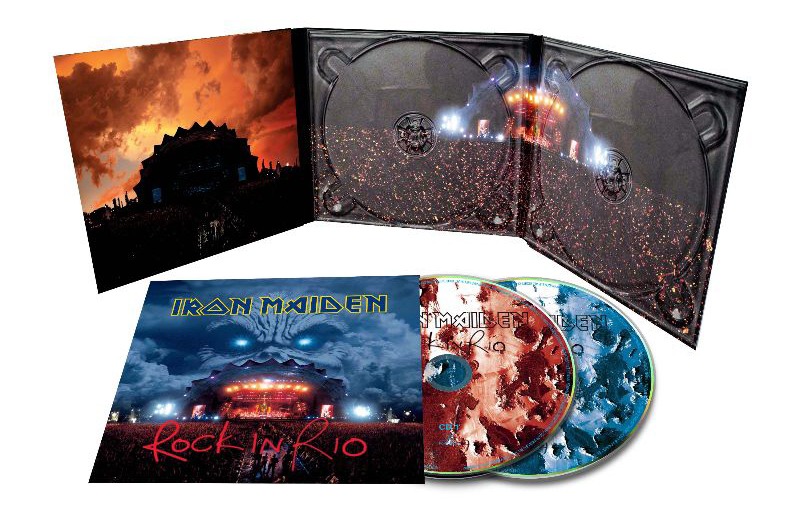 As a bonus for collectors, one CD from each batch of releases is optionally available in a specially artwork designed box featuring a 1:24 scale figurine and exclusive patch. In this fifth batch, this will be Live After Death. Both albums in this set are available for pre-order now.

Parlophone Records will issue a very special limited edition 12” vinyl version of Iron Maiden’s iconic self-titled debut album on October 9th. The release honours both the 40th Anniversary of the album, which came out […]

Warner Music will release IRON MAIDEN’s ‘The Book Of Souls: Live Chapter’ on November 17th worldwide [through BMG in the USA]. This live recording comprises 15 songs captured during ‘The Book Of Souls World Tour’, […]

Parlophone Records are pleased to announce the release of IRON MAIDEN’s new double live album on November 20th worldwide [through BMG in the USA]. Containing over 100 minutes of classic Maiden music and available in […]