Bangor four-piece, The Florentinas, recently released their debut single 'Sandcastles'. 'Sandcastles' was recorded by Rocky O'Reilly at Start Together Studios, Belfast. Aaron Kavanagh sat down with the band to learn how the band started, their musical influences and more.

Who were the musical artists that initially inspired you to pick up your respective instruments, and do those same artists influence the music of The Florentinas?

Luke: Matt Bellamy from Muse has been a huge inspiration for me. The way he's able to manipulate the sound of the guitar is incredible, and he's just the perfect example of a professional. I remember seeing them at the SSE in Belfast and thinking to myself, "that's the level I want to be at."

Paddy: I don't listen to them anymore, but I think Green Day played a massive role for me. As a young artist starting out, pop-punk covers are the first thing you go to. Whether people like to admit it or not, we've all gone through a Green Day phase! I'm the same as Luke, I saw them live, and that was it. I wanted to do that.

Jakob: Muse for sure. I went with Luke and their drummer Dom is just insane. At the time, they were all I listened to and were absolutely instrumental for me in getting me into a band. As a musician, he's so technical and doesn't miss a beat. And the fact they're a three-piece also means his role is even greater than it would be for most, but he makes it seem effortless.

Jacob: The reason I picked up bass was all down to Flea from the Red Hot Chilli Peppers. I was always a drummer but wanted to open myself up and express myself more melodically, and for me, he was the catalyst in making me pick up the bass. From the bass then, that has opened up even more doors into playing stuff on the piano and guitar. Without the influence of Flea, I definitely wouldn't be the musician I am today.

How would you describe your music to the uninitiated, and how has each member shaped its sound?

Paddy: I think as an overall genre, we would describe it as Alternative Indie Rock. It sounds super unoriginal, but it's the total opposite. It's the only real umbrella category we can place ourselves under. When writing a song, we never limit ourselves. Whatever comes will come, and we always strike while the iron is hot. To relegate ourselves to one sub-genre would be impossible. One day we'll have written a super heavy riff, and the next day we'll bang out a two-minute acoustic song, you know? It's super organic, and it helps us as writers to build a catalogue of songs that are so different yet all carry 'our sound'.

You hail from Bangor. What is the music scene there like?

Paddy: In terms of talent, Bangor is unrivalled right now. There are so many incredible artists doing their thing here, and it's super cool to see it happen. In any genre you can think of, someone in Bangor is doing it. People like Gilmore and Aeons are some of our favourites. However, I think what it's crying out for is a natural scene. There's only one venue in Bangor with an actual stage, and for a town that has so much musical talent, that's simply not enough. The Open House Festival team are working so hard to change that. They've just taken over the keys for Bangor's old courthouse this year and are in the midst of converting it into their Headquarters / a full-blown music venue. It's precisely the kind of thing our town needs, and it's going to be incredible when it's done. Big up Open House!

The band began in 2019. In your nascent career thus far, what have been some of the highlights?

Paddy: The two big things that stand out collectively are Maida Vale and getting signed by Third Bar Artist Development and BMG Publishing. Maida Vale was all a bit of a blur! We just remember it feeling so surreal to be playing in such an iconic room where so many famous artists had set foot. We were lucky enough to be chosen by the team at BBC's Across The Line programme to play there. It's an experience we'll never forget. BMG and Third Bar was so special for us as it reinforced the fact that people who know their way around the industry really trusted us and backed what we were doing. Being able to translate those into agreements felt like such a dream. It was class. Output 2020 was super sick too. It's definitely been our favourite gig to date and was one of the last before lockdown, so we cherish it a lot. And to play Stendhal in August was amazing. It was our first festival slot and our first gig back after lockdown, so it was super cool to receive so much energy when we returned to the stage!

Having formed just before the COVID-19 pandemic, this undoubtedly has had an impact on your fledgling career. How have the lockdowns been for you guys, and did anything productive come from it?

Paddy: Obviously, lockdown sucked. It did for everyone, we couldn't see each other, and that was a nightmare. But for us, it was probably the biggest blessing we've had as a four-piece. Throughout these past 18 months or so, our writing has hit new heights that we didn't think were possible pre-pandemic. I think we've been so driven to do everything we can while gigging wasn't possible, and for us, writing took over. As restrictions began to ease, we managed to find a space to lease out that has now become a sort of 'Florentinas HQ'. This has been massive for us and has given us a space where we can write, record, rehearse and so on. It has been a real creative outlet and has brought the best out of us without a doubt. Lockdown also allowed us to focus on building a team around us, and having done so, we've received as much support as possible, which has allowed us to focus solely on our music. It's taken a huge weight off of our shoulders.

Soon, you will be supporting Nothing But Thieves at the 3Olympia, Dublin and the Ulster Hall, Belfast. Are you excited to be playing such iconic venues?

Paddy: Absolutely! Jakob and I went to see Catfish in the Ulster Hall a few years ago, and since then, it has become our 'dream venue' if you like. It's built for music, so it sounds good no matter where you're sitting or standing. It's mad to think this dream has become a reality and to be able to open for a band like Nothing But Thieves, who have been so influential for our sound, is just amazing. I don't think any of us thought an opportunity like this would spring up so soon. Dublin will be really interesting. We've never played a showdown South, so we're looking forward to it! Again, such a beautiful venue, and hopefully, we are received well by the Irish crowd. Either way, both shows are going to be a blast!

You have worked with producer Rocky O'Reilly. What made youse seek out Rocky, and what was that experience like?

Paddy: Rocky is well respected within the music scene in Belfast and Northern Ireland, and we were dying to work with him. He has produced so much stuff, and we were constantly on the same wavelength regarding the sound we had in mind for the track. Having someone as talented as him working with you on your track was such a pleasure, and in the end, he produced a huge sound that we're all delighted with. The recording experience itself was new and exciting for us. We had never gone into a studio to do a proper song before, so it was a real learning curve. But having come out the other side of it, we're all busting to get back in again as soon as possible!

Your single "Sandcastles" has been gaining traction. What was the impetus for that song, and what was it about the song that made you feel that it was the one that should be people's first taste of the band?

Paddy: We have a massive back catalogue of tracks that we're more than happy with, but for us, it just had to be Sandcastles. It showcases all of us to the best of our abilities while also introducing people to the 'The Florentinas sound'. It encapsulates our youthful energy and is guitar-heavy, and we think that perfectly reflects the band's nature. The song has been knocking around longer than most others, but we've always been in love with it.

Are there plans yet for a full-length album?

Paddy: The long-term plan currently in the back of our minds is to release an album definitely. But right now, while we're still finding our sound and our feet, it's not something we would throw ourselves immediately. We want to push this single as much as possible to get our name around. The goal for us right now is to write. We always say our songs will be our currency, so we need to write as many as possible to make sure that becomes the case.

What are your plans for the future, and what can people expect from The Florentinas going forward?

Paddy: Our plan now is to get back out there and do our thing in the live environment. People are dying to see gigs now that they have been deprived of live music for so long, and we want to be able to make the most of that opportunity. There isn't any better way to get your name around other than performing, and we can't wait to get back at it and go full tilt. In terms of what people can expect, we would say just more of us. More gigs, more tunes and more energy than ever before. 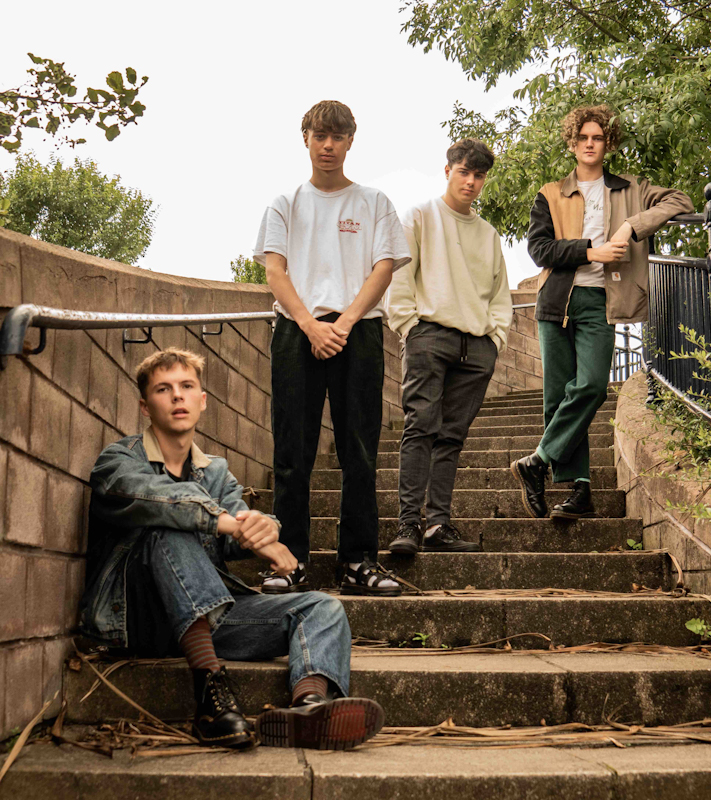 In 2020 The Florentinas signed a major publishing deal with BMG in London. November 2021 will see the band support Nothing But Thieves in the Ulster Hall and Dublin's 3Olympia.

BEA is an Independent ‘hazy folk pop’ artist from Belfast, Northern Ireland. Her influences range from the likes of Foy Vance and Hozier to Dermot Kennedy, Maggie Rodgers and Phoebe Bridgers, with honest storytelling and...

Having wowed fans and media alike with recent single releases Why Wait and Solitary, fast emerging singer-songwriter Lilla Vargen is delighted to announce that she will be joining Dermot Kennedy as direct support on his...

WIN: Tickets to see CAST at The Limelight 1 on Friday 23rd November 2018

Britpop legends CAST announce the Greatest Hits Tour is coming to Belfast at The Limelight 1 on Friday 23rd November 2018 and we have tickets to give away to lucky winners. For a chance to win,...