The Stranglers’ Back on the Tracks 19-date UK Tour kicks off in Belfast on 28th February culminating in what is bound to be another rousing finale in Manchester on Saturday 30th March. During a hectic year of touring the Southern Hemisphere, Europe and the UK, The Stranglers have also been busy writing and rehearsing new material so audiences can expect to experience some of these new cuts, alongside classic favourites and lesser-performed numbers drawn from their eloquent and extensive catalogue spanning over forty years.

Mark Millar caught up with legendary bassist Jean-Jacques Burnel to talk about the tour. 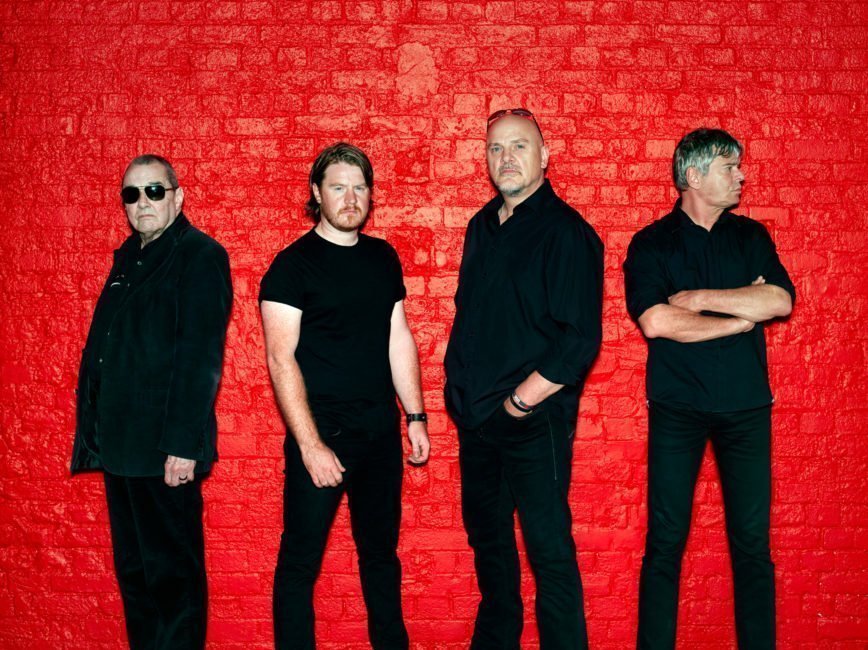 The Stranglers' 'Back on the Tracks' 19-date UK Tour kicks off in Belfast on 28th February. Do you still feel the same excitement playing live?

JJ: Oh yeah, but I don’t get the same excitement from travelling I'll have to admit (Laughs). Travelling these days is not so glamorous, but I get a kick from playing live otherwise I wouldn't be doing it after so long. - It's in my blood now. In the past, people didn’t want to see us, or they would come to have a go at us. Nowadays, I think we have earned their respect and people come to enjoy the moment with us.

I hear The Stranglers have also been busy writing and rehearsing new material. Will you be playing any new stuff during the shows?

JJ: Yeah, we will be playing some new stuff which hasn’t been heard before. I think it's necessary because you can do so much in the studio, but playing stuff live you learn so much about the material and how it works much better live. Of course, as the years go by people don’t do that so much for whatever reasons, but the dogs of creativity have been unleashed because of the internet. By the time you get back to your hotel room after a gig, half, the concert is already online on YouTube. So you have got nothing to fear about actually playing new stuff before it's recorded now which is great for us. In the early days when we were a young band, we knew the first two albums off by heart because we played them to death before recording them so the recording process was easier and the experimentation had already been done.

Can you tell me about the new songs what are they called and the sound?

JJ: I'm not sure which new songs we will be playing each night. We will decide that at the last minute for various reasons. There's one song called ‘Water’ which was originally about the Arab Spring. There's another song called ‘Payday Mayday,’ which is about anything from Socrates having to commit suicide to Alexander the great spearing one of his best friends and the luck or bad luck that you create through your own deeds. There's another song about all the rubbish up in the sky at the moment. There are so many satellites and bits of debris in the sky now - it's fascinating. It's the usual Stranglers stuff. 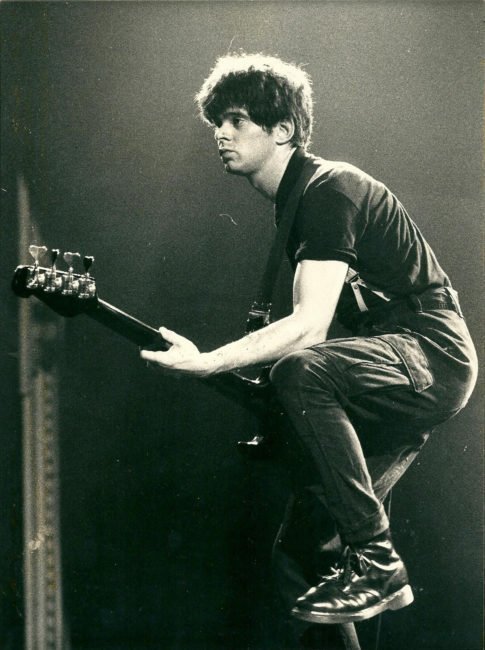 Will there be a new Stranglers album out this year?

JJ: I'm hoping so but since we don’t have any commercial imperative to bring stuff out all the time and since we are now quite long in the tooth, I would rather bring something out when I'm one hundred percent ready with no fillers on the record. It's an excellent position to be in. I hope it’s this year but if not it'll be next year.

The band have been together for over 40 years and recorded 17 albums. Is it getting harder to put a crowd-pleasing set list together?

JJ: (Laughs) It's a bit of a minefield because we want to play stuff that keeps us excited and on the other hand, there are pieces that people want to come and hear us play so it’s a balance and entirely subjective. But I think we've got sufficient experience to keep a balance between old stuff, more recent stuff and very new stuff. We try and change it every night – because we can.

There have been various line-ups of The Stranglers over the years. How does the current line-up compare to those of the past?

JJ: Dave (Greenfield) and I have been the constants and Baz (Warne) the new boy has been in the band for twenty years, and Jim (McCauley) has been with us for six years and has helped turn things around because Jet (Black) figured he was the guy to succeed him. We have had seven drummers in all those years because Jet often had health problems. But we never found anyone who fitted musically. Also, you have to have a certain personality to be a team player to be in a band; otherwise you get all kinds of arguments and fights which is not something that we have. Jet identified Jim McCauley as the bloke he would mentor so he always had his support. The present band is firing, you just have to see the gig list. We are accepting loads of gigs, and at the moment there is strong morale amongst the four of us.

For the second year running the band are starting a tour in Belfast. Is there a reason or is it the way the itinerary falls?

JJ: Yes, there is a reason. We didn’t play in Belfast for many years because we weren’t invited. It's as simple as that. No promoters wanted to touch us in the North. We played in Dublin more often than we played in Belfast, so I'm delighted that we are invited over and of course we accepted. It's pleasing to know we are playing the Ulster Hall for the second time in quite a short period after many years of there not being enough interest in us in the North for whatever reasons. Belfast is an incredible town; it has got so much energy. At the moment it’s a creative volcano because of all those years of having to keep your heads down with all the bullshit and all that seems to have unleashed a different spirit in the place. It is a beautiful part of the world, but people forget that. I'm very pleased to be coming over in this more positive period despite the bomb or two in Derry recently.

The Stranglers are one of the UK’s most exciting, credible and influential British groups and are as popular now as ever. Are you pleased when you see younger people attending your shows nowadays?

JJ: Of course, we cover quite a cool demographic. Some people have grown with us, but they are getting pushed back from the mosh pit by teenagers and twentysomethings. Our music is not just for one particular generation, and that's the best advert for a band you can imagine, I think.

You have been with the Stranglers since the beginning. What have been your highlights? 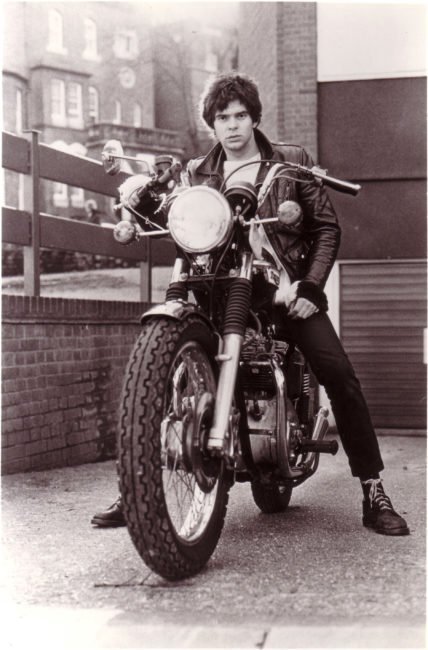 You live in France so how do you spend your time there on your downtime from the band?

JJ: I ride my motorcycle; I do a bit of training in my local karate club. I got my seventh dan in Japan about five years ago - It keeps me grounded.

I'm sure that comes in handy if you have any trouble at the gigs.

JJ: Funnily enough, it comes in handy to avoid problems. I always reckon that people who are always looking for a fight are the ones who have a problem and they are pretty insecure or scared – that's why they fight all the time. So my days of being scared are over. I treat everyone with respect. That's one of the things you learn, and you are always sensitive to situations, If it's going to kick off, you have got a sixth sense.

JJ: Yes, and no. Yes because a lot of the material that's not acceptable to The Stranglers I keep to one side, and so there is always a little reserve of stuff there which I used to be able to use on solo things. And no because these days my whole attention is focussed on The Stranglers. It’s hard enough getting a Stranglers album together, let alone solo stuff. I don't think in the near future there will be a solo thing – and then I’ll be dead anyway.

JJ: Yes, there's a guy called Messiaen who is a French composer from way back, and he used a very early form of a synthesizer called ‘Ondes Martenot’. He did a whole symphony only with this instrument. Look it up and listen to that sound – it's fascinating. 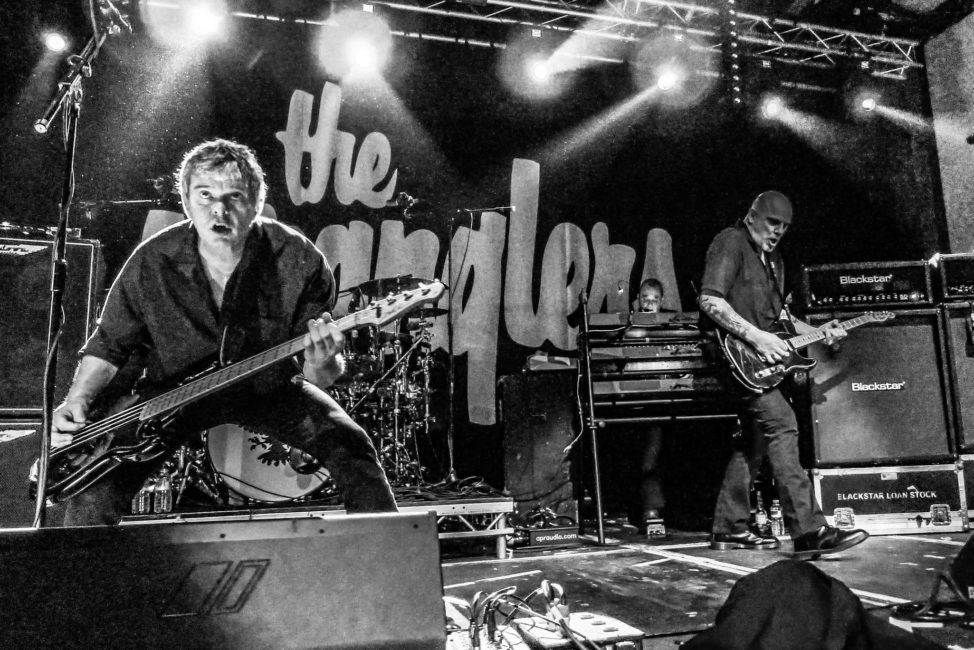 UK rock legends The Stranglers are pleased to announce a headline Belfast show at the Telegraph Building, Belfast with special guests on Saturday, May 30th 2020. With a career spanning four decades, The Stranglers are...

One of the UK’s most exciting, credible and influential British groups, The Stranglers have announced an extensive full production UK tour in October and November 2020 and have confirmed that this will be the last...