Sleaford Mods are one of the most important, politically charged and thought-provoking duos currently making their mark on the UK music scene and beyond. They are now poised to release their fifth studio album entitled ‘Eton Alive’ in February 2019. The album, which features 12 new tracks from the prolific artists, was recorded in Nottingham. The record will be the first release on Jason and Andrew’s newly formed label ‘Extreme Eating’ and their first album since parting ways with Rough Trade Records.

In support of the release, Sleaford Mods have also announced a 33-date tour which kicks off with a headline Belfast show at The Limelight 1 on Thursday 07th February 2019. Mark Millar caught up with frontman Jason Williamson to talk about the new album and upcoming shows. 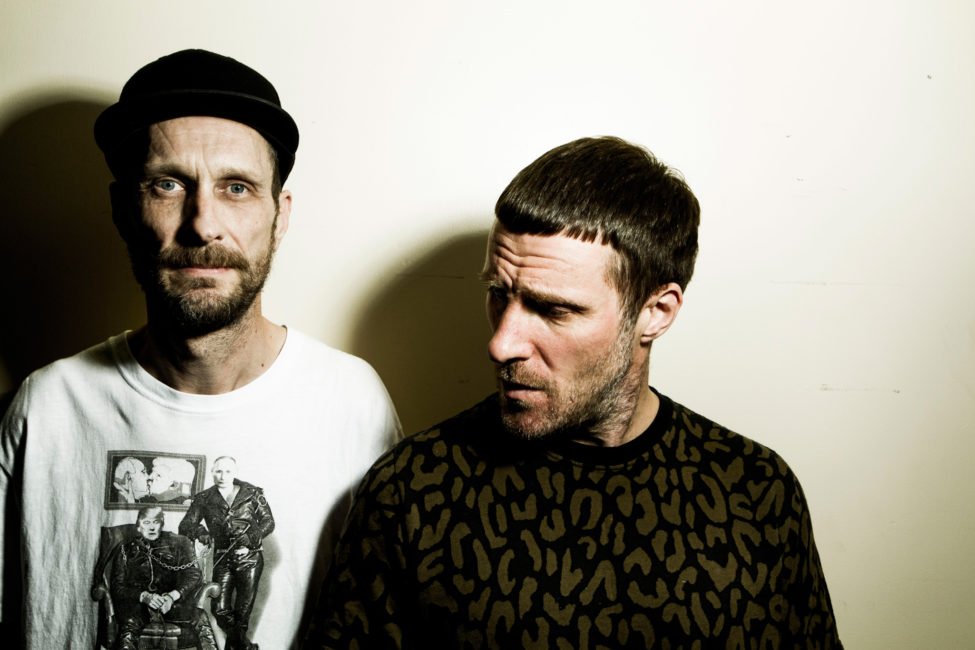 How do you feel about the whole Brexit drama this week?

I'm more shocked by the absolute uselessness of them all – they couldn't arrange a piss up in a brewery, to be honest. That compiled with the fact that the conservatives are so obviously concerned with retaining their power they refuse to move towards anything that might look like they care about the rest of the country. I'm battling between the fact that they are either covering up that there are people behind the curtain advising them what to do or they are completely fucking useless; - I would imagine it's a bit of both. The one thing we have got to take from this is – don't vote conservative because this is what happens when they get in power. – They are fucking terrible.

Sleaford Mods will release your fifth studio album Eton Alive in February 2019. The album has a poppier sound than your previous records was that intentional from the start?

No, not from the start. I was listening to a lot of 80s R & B and more soul stuff from that period and Andrews’s music was reminding me of that as well from as far back as our last EP which was the Sleaford Mods EP. A few songs were coming through that I manipulated and made them like that a little bit.

I particularly enjoy the song ‘When You Come Up To Me’. It’s a new direction for Sleaford Mods. How did that song come about?

Nice one, we are proud of that one, it’s a really good song. Sometimes I think; "It doesn't work its shit!" But then other times I feel it works and it’s really good. We needed something to break the album up because on our records the formula is so strong, and we have such a signature sound – sometimes you can get lost in that. I'm always conscious of the fact that we have to put new stuff on it and how we do that and how it comes to us is anybody's guess. Up until now, we have been fortunate to be able to do that.

I heard you got inspired by listening to Luther Vandross.

Yeah, I was listening to Luther Vandross, Alexander O'Neill, Chaka Khan and people like that. At the time the soul singers from the 80s were considered to be not as good as the soul singers from the 60s, but they are brilliant. - I got obsessed with some of it. I thought “I'm going to try and mix this in with what we’ve got and why fucking not?" You get all these bands going around saying, "We are Punk." Well, you're not Punk you are wankers! This is the idea of Punk – doing what you fucking want.

Where did the title ‘Eton Alive' come from?

It just comes from the idea that we are still being consumed by policies that were created partly by people who were educated at privileged schools. I would say that most of the Tory cabinet have had some kind of high fee-paying education. Particularly people like Boris Johnson, George Osborne and David Cameron who were partly educated at Eton College and who were authors so to speak of the austerity policies that came in eight years ago. It occurred to me that we were still being mangled by these things to the point now where we are not even shocked by the daily corruption that goes on. It appeared to me that we were being ‘Eton Alive’ literally by the rules that are coming out of parliament. Psychologically people are being ‘Eton Alive’ by dying on the streets, the homeless and other ways but it's affecting everybody now.

How does it feel when Andrew presents you with new music, do you still get excited about it?

You know what’s coming but what is exciting is the challenge to write something decent. What's exciting is waiting to see if people react to it in the way that you have and also playing gigs it's exciting to see if we can still hold our own on stage and whether the audience is going to get into it – it’s a challenge. The routes and the way we do things is something we are quite used to now so we know what is going to happen in the sense of travelling on tours and the various processes you go through to make records, releasing them and PR and all that. But generally, it’s still exciting of course.

If Andrew came to you and said he fancied singing on some tracks would you let him?

Yeah, I would of course, but if he weren't very good then we wouldn't do it (laughs). He has got quite a good voice, but I don't know – he would need to come forward, but I wouldn't necessarily encourage him. If he did something one day and it was brilliant, I would say, "That's really good mate. Do you want to try and do that a bit more?" But he hasn't – so we carry on as we do.

You self produce all your albums. Have you ever thought of bringing anyone else in?

No, but I've thought about bringing in some backing singers or doing a duet with a woman on some of the songs., But then I thought "Nah!” I don’t know if that would be an obvious move. I think a couple of the songs on the new album could have easily had a female guest with a great voice, but I didn't bother. I thought it was a bit obvious and what would we do when it comes to playing it live? We would have to bring them on tour (laughs). It’s interesting to see how far we can push ourselves.

The record is your first release on your newly formed label ‘Extreme Eating’ and their first album since parting ways with Rough Trade Records. Why did you choose to leave Rough Trade?

We thought we would try going independent again because we had primarily built our name up being independent and we thought we would try it again. It’s been a bit of a struggle getting this campaign together but we have managed it. I guess what Rough Trade offered was an excellent infrastructure and we learned from that. That's what you need if you want to promote your record. - There is no point in releasing an album that nobody is going to hear, and in this day and age, you need to have things in place digitally. So that's what we learned from them. The idea with this record was to go independent again and at the minute its looking good.

The band has released two films 'Invisible Britain' and 'Bunch of Kunst'. Do you have any plans to make more?

No, I think that's enough really. I think both those films was a good period in the bands' history and I don't think we are interested enough to document it anymore. I think it might be a mistake to try and do a "Here we are now." type thing. As it stands, it was an exciting time, and it has been documented well.

It was interesting to see in the film 'Bunch of Kunst' that you weren't keen on being filmed when you played Glastonbury. Why was that?

I didn't enjoy it. , I didn’t feel like the crowd was appreciating us and because it’s filmed and I knew that everyone at home was watching and I knew a few people wanted us to fuck up because that’s the way of the English. - They hate other people getting on (laughs).

The 33 date Eton Alive tour begins in Belfast on 7th February. What can fans expect?

Has Andrews’s laptop ever packed in when playing live?

Yeah, it has (laughs). It packed in at the start of a gig in Aberdeen, and I had to tell a few jokes until he got the backup laptop sorted. It’s good really because it's not awkward we are not the type of band who puts up some mirage, so it doesn't have to be massively slick. As soon as Andrew got the laptop up and running we absolutely fucking killed them – it was an excellent gig.

It’s wind downtime after a show... how do you unwind or recharge?

I have a coffee; actually, I don’t drink anymore so to me coffee is my pint and then I take it easy for an hour. Then I’ll go back to the hotel and watch a film or something, and I'm usually asleep by about 3 in the morning. – It takes a while to wind down after a gig.

I’ve been listening to Alexander O’Neill’s first album and some drill and grime outfits - a varied collection of stuff.

What are you most grateful for about being able to do what you do every day?

I’m grateful for my health, my sanity, and my wife who helped me sort myself out. I’m thankful for Andrew – his music is never stagnant; it’s always great, and for the people that come and see us. I’m grateful for all that and long may it continue. 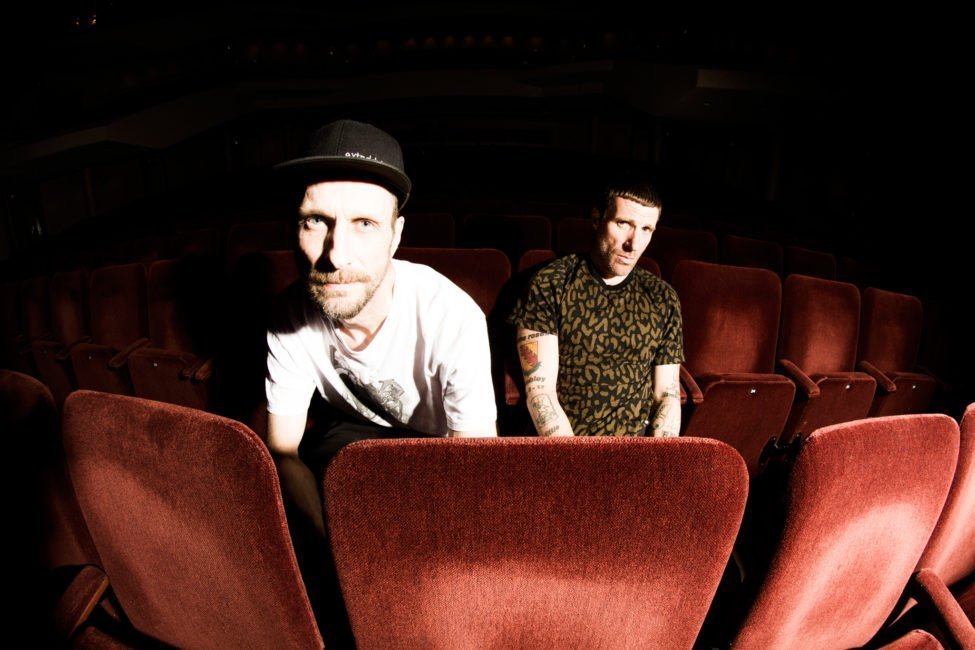 Scottish singer-songwriter Gerry Cinnamon is pleased to announce a headline Belfast show at The Limelight 2 on Friday, June 01st 2018. With no hype machine, no radio play and no record label backing, Gerry Cinnamon...

Ugly Kid Joe will celebrate the 25th anniversary of their 'America's Least Wanted' album with a Belfast show at The Limelight 1 on Tuesday 04th September 2018. The band will perform the album in its...