Phil Taggart’s Slacker Podcast (LIVE) ft. Ryan McMullan comes to The Limelight, Belfast on December 17th. The Slacker Podcast started a year ago and since starting has topped the podcast charts throughout UK and Ireland. It’s hosted by Radio 1 Irish man Phil Taggart.

Each week a different musical guest joins Phil to play through an early demo or performance. From the demo, the podcast often digressed into topics spanning from music to life and all the controversies and tribulations between. Come to The Limelight on December 17th for a special live recording of the podcast with Ryan McMullan. Mark Millar caught up with Phil to talk about The Slacker Podcast, his musical influences and how he started in radio.

When did you discover your love for music?

I used to get babysat on a farm when I was a kid. I always would hear music blasting from the tractor so when I was 5 I took my one-year-old sister and pilgrammed to the tractor. I locked the door with me and my sister in it and was blasting Queen 'Radio Gaga' while my mum and my childminder Kathy were furiously trying to get us to unlock the door. The keys were still in the tractor. Agricultural Stadium Rock was the start of it!

What did you listen to growing up?

I listened to a lot of Brit Pop from about 9 till 11 and then took a brief detour to Ministry of Sound dance records and then fell comfortably hand in glove into indie with The Strokes at the age of 12 or 13. I've always been an indie boy but about 20 I got into hip hop and then grime in a big way. Now I listen to a varied selection of sounds, it's never the same sound twice.

How did you go from playing bass in the band Colenso Parade to being a popular presenter on BBC Radio 1?

Short answer - The Dole. I had been unemployed/unemployable when I was in Colenso Parade as we believed to really make it you had to devote yourself to it 24/7 and in a way, I still believe that. The dole office got sick of this mantra and got be onto a media course that got me into the BBC in Belfast making tea. It all kicked on from there.

What advice would you give someone trying to get into the broadcasting industry?

Record as many shows as you can to nobody before you start at a radio station or send a demo in. You don't just learn guitar and the next day take the stage. You have to rehearse and you have to get comfortable with your voice and what you are saying and that takes a long time.

The Slacker Podcast started a year ago and since starting has topped the podcast charts throughout UK and Ireland. How do you feel about the success it’s had in such a short time?

Before it started I had played the scenario of it doing well out in my head so many times that I was really ready for it when it did hit Number 1. I always daydream situations that are almost unreachable but it's a good way of thinking about the steps you need to make to get there. I'm so happy it has resonated with so many people. I wouldn't do it otherwise.

The Slacker Podcast comes to the Limelight on December 17th for a special live recording of the podcast with Ryan McMullan. How do you feel about doing it in front of a live audience?

I'm a show-off so I think I will probably enjoy it more than doing it in a studio. I can't wait for the audience participation because that can get really interesting if we get some live wires in the audience.

I really enjoyed your interview with Johnny Marr. Who has been your favourite musical guest on The Slacker Podcast?

My favourites change on a weekly basis but I really enjoyed Johnny Marr and Dizzee Rascal gave some incredible detail into his story coming up. My first ever podcast with The Cribs and Manic Street Preachers felt very special as well.

Who is on your wish list to chat to?

Idles, Thom Yorke, Grimes, Skepta, JME and about a hundred others. You want to see the list I have, it's massively ambitious. You don't ask, you don't get!

What Podcasts do you enjoy listening to?

I'm a weekly listener to the Gerry Anderson podcast. I miss that man so much and wish he was still alive so I could chat to him about radio. Other than that there are a few wrestling and football podcasts I listen to. The best music ones recently have been Stay Free: The Story of The Clash and the Louis Armstrong Story.

In May 2019, you launched your first book entitled 'Phil Taggart's Slacker Guide to the Music Industry.' What inspired you to write the book?

There is a lack of good tangible advice for artists out there and I wanted to remedy that. There's also tons of bad advice out there which winds me up. That's why I got industry pro's and amazing artists from all over the world to contribute to give anyone writing or releasing music the best start possible.

What was your favourite album of 2019?

Hmmmmm it would be a toss-up between Fontaines DC 'Dogrel' and the new Kaytranada record. It only came out this morning so maybe I am biased as it's the last thing I listened to.

Joe Strummer but in different forms. I've got a few Clash records but I also have Joe Strummer and The Mescaleros. I need to grab the record from the time he spent in The Pogues.

I have a live DJ show I am working on to launch in January 2020. I'm going to be working on putting out the TOUTS Debut Album this coming year and I have a few TV ideas. Mainly though, I want to do as much radio as I can as that's what makes me happiest. 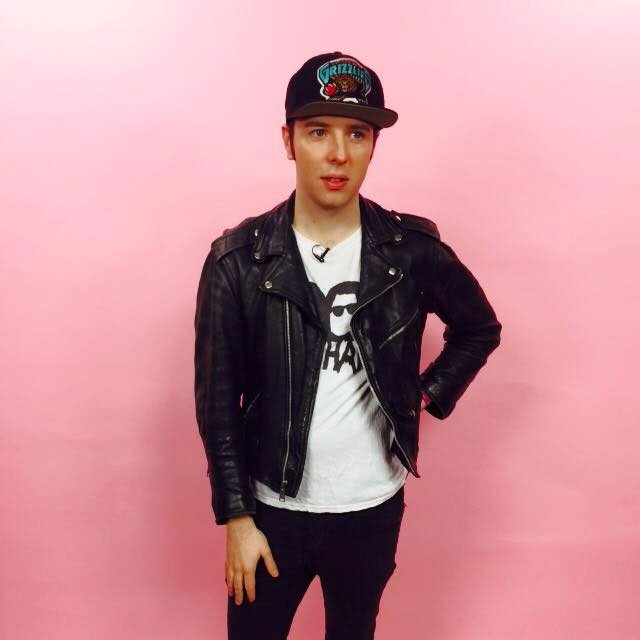 Following selling out his March 19th Waterfront Hall show, Ryan McMullan announces a second show on Sunday 21st March 2021 due to phenomenal demand. The Ruthless Cupid EP is an all-out attack on the most...

Following his largest headline show to date at Custom House Square in 2019, Ryan McMullan is pleased to announce a headline show at the Waterfront Hall, Belfast on Friday 19th March 2021. Ryan recently released...

Acclaimed Northern Irish singer and songwriter Ryan McMullan released his single ‘Come Over Love’ on 27th August. The song is taken from the EP Debut Mix Tape which is the original soundtrack for a documentary...