Inhaler have announced details of a full tour of the UK and Ireland later this year. The dates in September, October and December include brand new UK tour dates alongside the band’s rescheduled tour of Ireland as well as an additional two new shows.

The announcement follows news of the Dublin quartet’s debut album ‘It Won’t Always Be Like This’ which will be released on July 16th on Polydor Records. The album features the new single ‘Cheer Up Baby’, which premiered as Annie Mac’s Hottest Record In The World on 17th March. ‘It Won’t Always Be Like This' is a record that sees Elijah Hewson (vocals and guitar), Josh Jenkinson (guitar), Robert Keating (bass) and Ryan McMahon (drums) turn their early promise into something special, an album teeming with expansive indie-rock grooves and soaring anthems “We really had the opportunity to explore our sound.” Says Hewson.

Tickets go on general sale at 9:30 am on Friday 26th March from gigsandtours.com, ticketmaster.co.uk and ticketmaster.ie

Inhaler formed whilst still at school in Dublin, bonding over a love of Joy Division, The Stone Roses, Kings Of Leon, The Strokes, Interpol, The Cure and more. A string of captivating singles and their fevered live show have earned them a diehard fanbase – on their last tour, they sold over 10,000 tickets and played to sold-out crowds across Europe. Their tracks have been streamed over 50 million times globally. The band were originally meant to begin recording ‘It Won’t Always Be Like This’ last March but their plans were derailed by lockdown. Instead of moping, they used the period as a time to rethink and reimagine what their debut album could be. 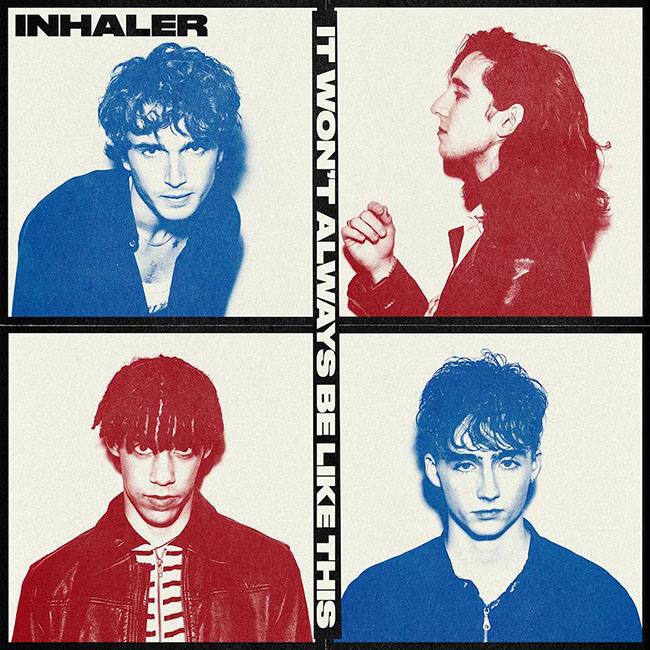 “We explored all the different territories that were there to be discovered,” says McMahon. “It really put things in perspective for us,” adds Hewson. “We were on a bit of a crazy train, thinking ‘what’s next? What’s tomorrow?’, not seeing the bigger picture.” By the time they entered Narcissus Studios in London with producer Antony Genn in summer 2020, they had honed their vision, writing five new songs in the process. Inhaler have used lockdown to create something uplifting. Whilst the world has been on pause, the quartet have gone up a level.

IN FOCUS// A Photographic Review of 2019

It's the end of a decade so we here at XS Noize wanted to take a look back at 2019 and what made it special photographically. With work curated carefully from our team of photographers,...

Inhaler has released the video for brand new single 'Ice Cream Sundae.' The track is the Dublin quartet’s first release via Polydor and is out now. A shimmering indie-rock anthem, a sense of melancholia lurks...