Today, IDLES have shared a new video for album track "Carcinogenic". Recorded live for Independent Venue Week, the video sees each of the band members performing the track from separate venues across their hometown of Bristol including The Louisiana, Exchange, The Mother's Ruin, The Old Duke and Trinity Centre.

"Now more than ever independent musicians and the music industry at large need to unite to keep from being decimated. Between the pandemic and a government who not only don’t care about the future of the arts (especially independence within the arts) but take a pro-active role in its diminishment, independent venues are at greatest risk because they are mostly small businesses, not interested in profit or investors but in the nourishment of creative, open-minded, critical thinking.

Independent venues are the fertile soil in which the future of the performing arts will grow. They are where your future favourite band will play, where the best song ever written will be tested out, where the new can bud and flourish.

They are also vital for a sense of community and union, something people sorely need and miss at this time, without them we’re all f**ked"

In addition to this special performance, IDLES will also be undertaking a live AMA with fans on their Instagram account to talk about the importance of venues and how crucial they were to the growth of the band. The live AMA will take place at 7 PM GMT on Saturday 30th Jan. 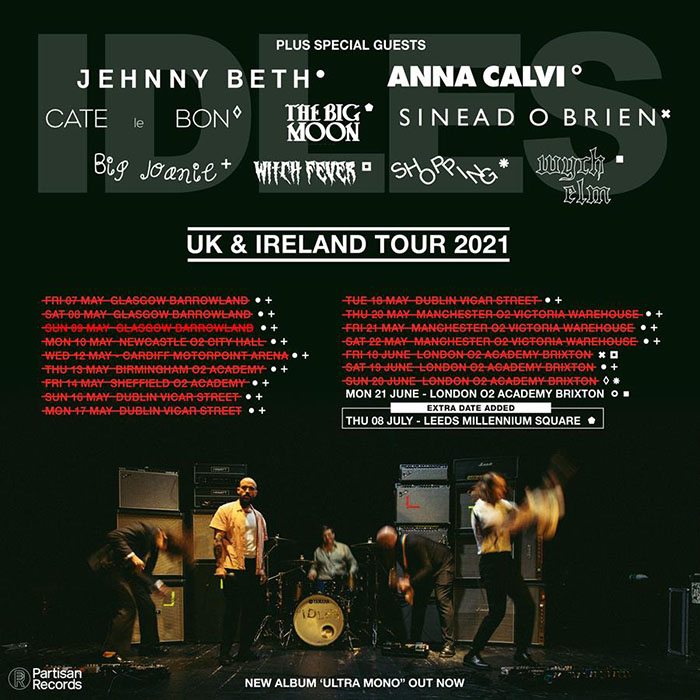 In addition to the above live dates, IDLES will also play an almost entirely sold-out run of intimate out-store shows to take place for record stores across the country in April 2021. The dates are as follows:

Tickets are available at IDLES.LNK.TO/2021-OUTSTORES

Independent Venue Week is a series of gigs running from 29th January – 4th February. It is an annual celebration of the venues that are the backbone of the live music scene and aims to...

Today, IDLES have returned with a new track - “Mr Motivator” – a battering ram of positivity that’s also the first preview of their highly anticipated third LP due out later this year. The song...