Having been hailed Annie Mac’s Hottest Record In The World on her BBC Radio 1 show this evening (30th July), Husky Loops release their brand new single ‘I Think You’re Wonderful’ through Fighting Ourselves / 30th Century Records. It’s their catchiest track to date, but with all the unique Husky Loops flavouring we’ve come to expect.

Speaking about the new single frontman and producer Danio says “I Think You’re Wonderful” is a song about universal love, about forgiveness, about empathy, about resilience. I want people to listen to this one and feel encouraged to tell someone they care about that they’re wonderful. We have to be strong and love each other; in 2019 a lot of negative messages are being sold to us. The current political landscape worldwide is scary and our governments are promoting fear. I want our fans to listen to this song and feel empowered, happy, and full of spirit. Human beings are hard-wired to notice and remember negative news and events, but we need to have hope, we have to fight to stay happy and sane.”

‘I Think You’re Wonderful’ is taken from Husky Loops debut album ‘I CAN’T EVEN SPEAK ENGLISH’ which is set for release on September 6th and follows on from their most recent single ‘Everyone Is Having Fun Fun Fun But Me’.

Listen to ‘I Think You’re Wonderful’ – BELOW:

The album was produced by the band at Eastcote Studios in Kensal Road and is mixed by Spoon’s drummer and sound man, Jim Eno. The title ‘I CAN’T EVEN SPEAK ENGLISH’ is a tongue-in-cheek nod to their continental roots in divisive times.

To celebrate the album release the band will play a very special pre-album release party at Rye Wax (Peckham, London) on 15th August. The band playing the record in its entirety with guest appearances from Ten Dixon, SBK, MEI plus many more. Free entry. Doors at 8.30pm.

The album’s artwork, much like everything Husky Loops do, breaks the mould. Completely customisable and the first of its kind (to our knowledge), each album (vinyl, CD and digital) will come with a pen (physical or digital) to allow fans to interpret what the title means to them and create their own bespoke album cover.

Speaking about the concept behind it frontman and producer Danio explains, “We wanted to do something that could expand the concept of album artwork. We didn’t like the idea of just sticking to a single image, as the album is so diverse, and we wanted to really find a way to make our fans interact. So we started thinking of a customizable artwork, and straight away the marker idea came up. It fits the title, and it really gives everyone an opportunity to be creative. We wanted our debut album to be something that people could fully physically experience.”

The London trio, by way of Bologna, Italy recently made their US live debut, including multiple appearances at SXSW. In support of the album release, they will head out on a UK and a European headline tour in October 2019, including several dates at Bermondsey Social Club in London. Tickets on sale now from here – https://huskyloops.com/huskyloops.com/#tour 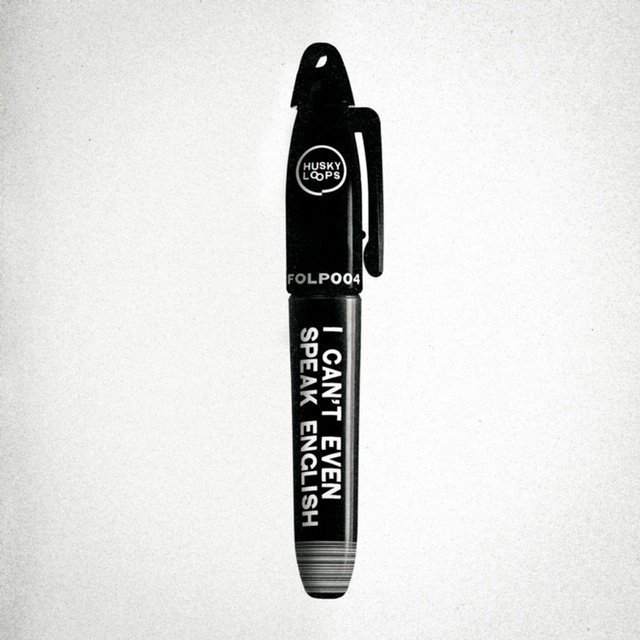 Husky Loops find it hard to put a single label on themselves, but that is part of the charm. Each song takes on a unique framework that is informed by new and diverse experiences – the DNA of this band is an ever-changing and exciting prospect. One song will utilise the basslines from modern day hip-hop or the ambitious production usually saved for electronic music, with the next incorporating beats typically found in modern-jazz or even UK Garage.

Though the band first met in Bologna while playing in punk and “weird Italian rock bands”, it was a move to London nearly seven years ago that proved the catalyst for the birth of Husky Loops. Pietro (drums, samples) arrived first to study at the city’s iconic art-school St. Martins, with Danio (vocals, guitar and production) and Tommaso (bass) soon arriving in Kilburn.

2018 was an incredible year for the London based, Italian adventurers. They signed to super-producer Danger Mouse’s label, 30th Century Records, had their track “Every Time I Run”, featured on the FIFA 19 Soundtrack alongside the likes of Gorillaz and Childish Gambino, played a plethora of live shows from their own headline tour to festivals including; The Great Escape, Latitude, BlueDot, Y Not and Liverpool Sound City Reading & Leeds.

With over 60 plays at BBC Radio 1 including two ‘Track of the Weeks’ for ’20 Blanks’ and ‘Girl Who Wants To Travel’, support from Annie Mac, Jack Saunders Mistajam, Huw Stephens, Abbey McCarthy, Phil Taggart and BBC Music Introducing plus a Huw Stephens Session Maida Vale, not to mention A listed at Amazing Radio and Amazing Radio Session and Radio X playlists for ‘Girl’ and ’20 Blanks’.
Media support for Husky Loops comes by way of NME, Noisey, Nowness, The Line of Best Fit, Billboard, DIY, Dork, CLASH, Wonderland, Earmilk, Record of the day and many more.