Mercury Prize-winning, British band Gomez are announcing the 20th-anniversary release of their triumphant second album ‘Liquid Skin’. The band are also sharing a previously unheard track from the Liquid Skin sessions today, called ‘Throwin’ Myself Away’.

Abbey Road’s Frank Arkwright has delved into the archives to remaster ‘Liquid Skin from the original tapes which will be released digitally & as a special 2CD / 2LP standard & coloured edition featuring 19 unreleased tracks. Due July 12th via Virgin/UMC.

Surrounded by instruments, broken toys and a four-track recorder, Gomez recorded large parts of their debut album Bring It On in a garage in their hometown of Southport. To create its follow-up, Liquid Skin, the group would expand their horizons sonically and geographically, visiting America, an ill-fated English stately home & some of the finest recording studios in the world between 1998 and 1999.

There was no pause between Bring It On and Liquid Skin – the records were released just 518 days apart. “The first album and this one merge into one in a lot of ways. A lot of the tracks were written at the same time” explains singer/guitarist Ben Ottowell. “There’s a song called ‘Bring It On’ on Liquid Skin, which says it all really. They were made very closely together, so it seemed like part of the same process. We were constantly making records”.

As a result, writing and recording for Gomez’s second album did not so much have a definitive start but instead, it emerged out of the same creative energy as their debut, although it soon took its own distinctive path…

Gomez’s drummer Olly Peakcock commented; “Liquid Skin was the step from the four-track and recording in a garage to us accepting – in the most ridiculous way – that we were now doing music professionally. ‘Oh shit we somehow got our record deal, we are a band and we go to the studio now. We’re not going to be hacking it all together.’ There was excitement because there were fewer limitations”.

“We were just using things we had access to… and for this album we had access to an orchestra! We just had a broader palette and we were getting more confident” added Ben.

Listen to ‘Throwin’ Myself Away’ – BELOW:

Going to Number 2 in the UK Album Chart on its release in September 1999, Liquid Skin not only justified the label’s faith to allow the band to work how and where they wanted, but it saw the British band crystallize their unique sound & grow audiences in America, Australia and other parts of the world, confirming that their Mercury Prize-winning debut was no fluke.

The new Liquid Skin deluxe 2CD will include 5 previously unreleased tracks, 4 previously unreleased alternate versions and 9 live tracks recorded at The Fillmore in San Francisco in 2000. There will be an accompanying remastered double LP release on black 180gm + a limited D2C transparent edition too.

In support of the release, Gomez has also recently announced a string of special headline dates and festival performances this July such as Latitude, Kendall Calling and London’s Shepherd’s Bush Empire. The band also tour Australia and New Zealand later in the year and will perform both Bring It On AND Liquid Skin in their entirety at both the Auckland and Brisbane shows. All dates are listed below. 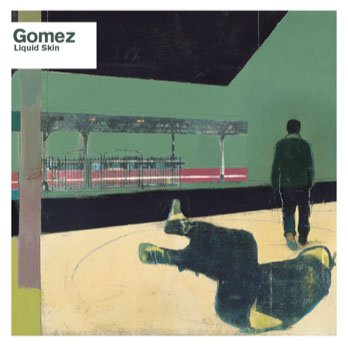 “No other record captures that period so perfectly,” says Elbow’s Guy Garvey. “The concerns of the songs. The stories, the experimental sounds. It was so brave for a band to record themselves at that time: […]

In late April of this year, the band Gomez re-released their 1998 Mercury Music Prize-winning epic “Bring It On” to commemorate the 20th anniversary of the album. The lads from Merseyside were an anodyne to […]

Adding a dose of rootsy American influences to memorable British pop melodies, the genre-blending Gomez seemed determined to provide the indie scene with something more wide-ranging and dynamic when they arrived in the late 90s. […]