Electronic favourites Cut Copy are back today to share their new single, “ Cold Water .” Arriving alongside the track is the greatly anticipated announcement of the four-piece’s sixth studio album, Freeze, Melt, dropping on Friday, August 21st.

Following their highly welcomed return in May with “ Love Is All We Share ” – a tribute to yearning for connection in the times we’re facing – “Cold Water” continues the beloved Australian export’s long-standing career that retains a fond danceability only Cut Copy can replicate between fans. Every part visceral, as implied, frontman Dan Whitford’s voice lifts and carries on top of stoic chiming machine melodies that lap and flow, echoing, “All I need is you”. A kicking beat taps through, as a rich ambience endures across the five-minute piece of elation that speaks to love in a climate of uncertainty.

Dan Whitford on the track: “After extensive touring on our last album, "Cold Water" was one of the first new songs to appear. I’d moved to Copenhagen and had been listening to a lot more ambient and instrumental electronic music and as a result "Cold Water" felt quite different to songs we’d made in the past. It was less dance, but more atmospheric. Also, the subject matter explores love in today’s context, where the climate and fate of the planet are becoming increasingly uncertain. Once we’d finished it, it felt like we'd placed a marker in the ground, guiding us in a new musical direction.”

The accompanying music video was made by American contemporary artist, Takeshi Murata, who sheds light imagery, saying it's, " An open window and the midnight sun-lit ocean: These suggest a shifting in the calm. Late-night anxiety and hypnotizing tension between states of consciousness and dream."

Check out the video for 'Cold Water' - BELOW:

The single is the second to drop from Cut Copy’s forthcoming album, Freeze, Melt, which will be released on Friday, August 21, nineteen years into their prolific career. The body of work showcases an expansion while maintaining a legacy unmatched in Australian music since their inception. Written during an especially cold Scandinavian winter when Whitford decamped to Copenhagen, the collection takes an evocative turn, finding slowed meaning and influence from the emotional manipulations that feed into their work but have never taken centre stage, ultimately shaping a headier journey inward while lyrically exploring love in strange times.

After returning to Australia and being joined by his bandmates at Melbourne’s Park Orchard Studios to enhance and complete the recording, the record’s sense of place was further enhanced by the mixing contribution of Swedish legend Christoffer Berg (Robyn, The Knife), finishing the record in Svenska Grammofonstudion in Gothenburg. The Neve console they used was also used by Bowie/Eno/Visconti to make Lodger, and was also used by Queen, The Rolling Stones, Michael Jackson, AC/DC, Miles Davis, Aretha Franklin, Led Zeppelin, Stevie Wonder and Jonny Cash. The result of finalizing the record at Svenska Studios is a treat for the mind as well as the body.

Born from a bedroom recording project by Whitford and expanding to a full-fledged band with guitarist Tim Hoey, drummer Mitchell Scott, and bass player Ben Browning, Cut Copy’s output has stood the test of time. Their unique sound and unencumbered taste have earned praise locally and globally, performing on the likes of Late Night with Jimmy Fallon and Jimmy Kimmel Live, and picking up nominations for several awards. 2008’s In Ghost Colours, featuring “ Lights & Music ” and “ Hearts on Fire ” received nominations for the ARIA Awards ' Best Dance/Electronic Album and Album of the Year at the J Awards, while 2011's ARIA chart-topper Zonoscope was nominated for Best Dance/Electronic Album at the Grammy Awards and awarded Best Dance Release at the ARIA Awards.

Their strength is also evidenced by their powerful live shows, which have graced the stages at Coachella, Primavera Sound, and countless other global marquee festivals. Their secret power – being able to convert crowds of thousands into a unified, joyous dancing whole. When you add over a thousand sold-out headline shows over five continents to the mix, you can just about begin to understand their appeal, instantly apparent the minute you step foot inside a Cut Copy concert.

Freeze, Melt is the band’s sixth LP, and their first full-length release since 2017’s renowned, Double J Feature Album Haiku From Zero. The second chapter of the acclaimed act’s reemergence in 2020, “Cold Water,” delivers a warm-hearted sentiment that Cut Copy enthusiasts are bound to adore. 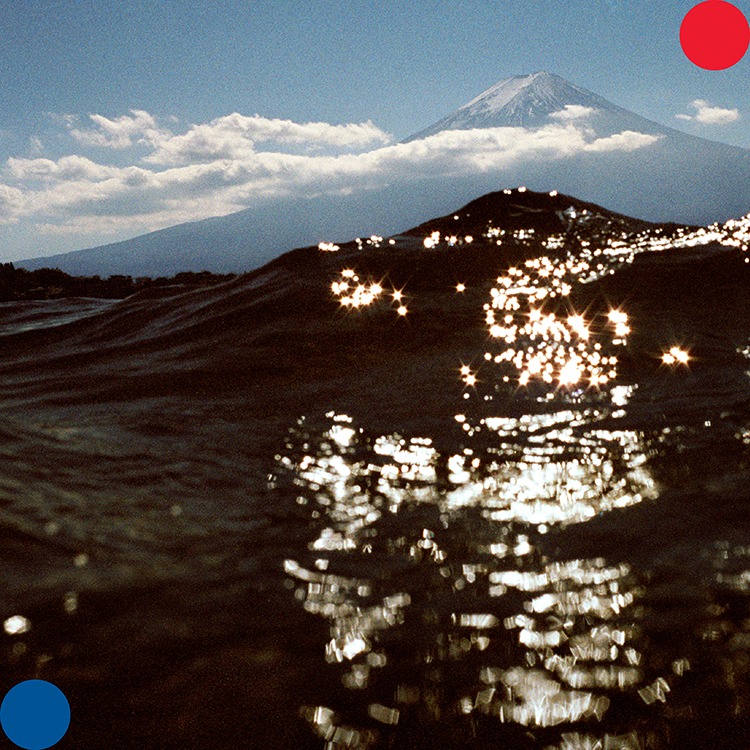 After making their comeback earlier this month, electronic music favourites, Cut Copy, are back today to share the Patrick Holland (aka Project Pablo) remix of “ Love Is All We Share ." Transporting audiences away...

Melbourne electronic music royalty, Cut Copy return today with their ambient new single and video, “ Love Is All We Share .” The first track in almost three years breathes a universal truth, released to...