In the 45th year since the release of his album "Spanish Train and Other Stories", Chris de Burgh announces he will be embarking on an epic tour with his band to promote his brand new album "The Legend of Robin Hood."

The tour, taking place in early 2022, will compromise of an entire performance of the new album plus many of his greatest hits.

Tickets on sale this Friday at 9 am: 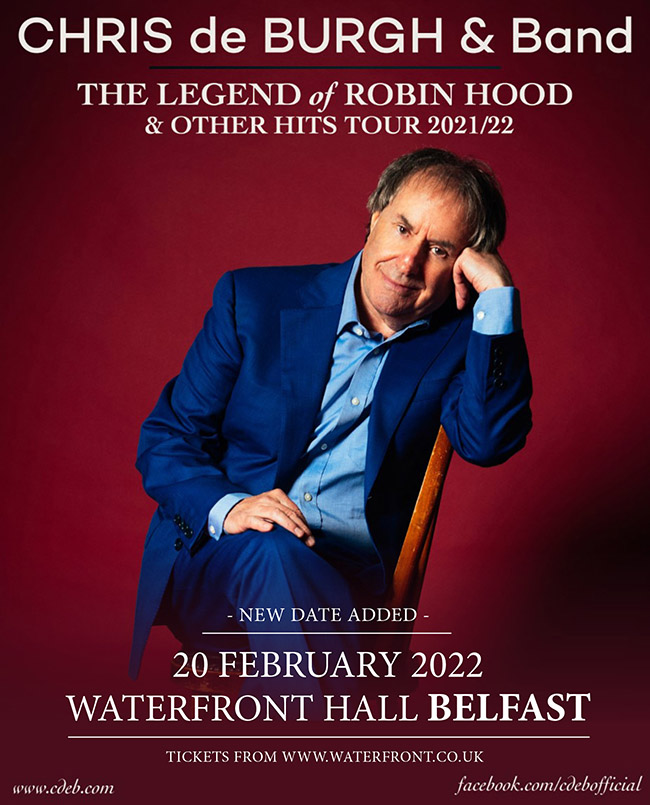 US Metal Titans MACHINE HEAD are pleased to announce a 25 Year Anniversary show for the band’s classic debut, ‘Burn My Eyes’ at The Telegraph Building on Thursday, November 07th 2019. The dates kick off...

LE GALAXIE doesn’t come from the stars but to experience them is utterly stellar. They established themselves as Ireland’s #1 live dance act with their brand of thundering electro, bursting to life with shimmering cyber-synths,...

Irish singer-songwriter Liam Geddes is pleased to announce a headline show at Voodoo, Belfast on Saturday 08th June 2019. Liam (from Ballina, Co. Mayo, Ireland) has had his fair share of experiences with the music...