In an incredible achievement for the independent electronic duo, Bicep are nominated in two categories at this year’s BRIT Awards—‘British Group’ and ‘Breakthrough Artist’—following the release of their acclaimed album “Isles”. A record that expands on the artful energy of their debut 'Bicep', while digging deeper into the sounds, experiences and emotions that have influenced their lives and work, from their early days in Belfast to their move to London a decade ago.

In January, the Northern Irish duo recorded a huge #2 placement on the UK’s Official Albums Chart with their new record ‘Isles’, which also debuted at #5 in the worldwide Spotify album charts. Additionally breaking into multiple Billboard charts, including #12 on the Dance/Electronic Albums Chart, Top-30 entries in the Emerging Artists Chart (#30) and Heatseekers Albums Chart (#20), a Top-40 entry in the Current Album Sales Chart (#36) and further placement in the Top Album Sales Chart. The record also featured on international album charts at #2 in Northern Ireland, #3 in Belgium, #8 in Germany and #12 in Australia. The album was widely praised by the likes of XS Noize, Rolling Stone, NPR, Billboard, The Observer, Mixmag, NME, Resident Advisor, DAZED, Bandcamp, Stereogum, Paste, DJ Mag, PopMatters, Clash, This Song Is Sick, Magnetic Magazine, Dancing Astronaut & many more, and strong support across KCRW, KEXP, SiriusXMU, SiriusXM Chill, WYMS, WFMU and others.

Lead-single “Apricots”—released alongside a soulful and disorienting stop-motion video by BAFTA award-winning director Mark Jenkin—also scored Top-50 entries in both the UK’s Official Singles Chart and Billboard’s Dance/Electronic Songs Chart, was named Billboard’s #1 dance track of 2020, hit #1 on the UK’s Shazam chart, and spent 10 weeks on the BBC Radio 1 playlist. “Atlas”, the first track drawn from the record, was also included in multiple end-of-year best-of-lists, including DJ Mag’s ‘Track of the Year’, and spent weeks on both the BBC Radio 1 and Radio 6 playlists. More recently, “Saku”—featuring vocals from Clara La San and supplemented with a video directed by David Bertram of Parisian creative studio Diplomats—was described by the Observer as “sumptuously moody” and supported by Zane Lowe who gave the track a first spin during his interview with the duo on Apple Music 1.

The album campaign itself was praised by the likes of Music Week and MusicAlly for its use of fan-engagement strategies—which included exclusive WhatsApp groups, an innovative Instagram AR filter and projections, and a TikTok challenge—to offset the lack of in-person live shows and touring. Bicep also made an early pivot to ticketed live-streams, delivering two high-production-value live-shows broadcast across 5 timezones. The shows were a huge success in unchartered territory, watched by fans in over 70 countries worldwide, with ticket sales more than doubling between the two performances, giving fans a taste of new live material ahead of the return of their in-person shows—currently scheduled to resume later this year with 3 sold-out dates at London’s O2 Academy Brixton (a total of 15K tickets). 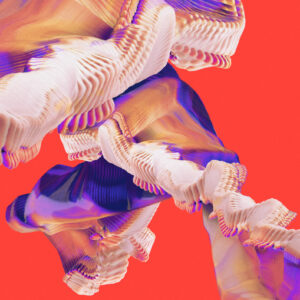 It’s a Thursday night, and three incredible acts are sound-checking for a (literal!) underground gig in the depths of McHugh’s Basement. Sitting on the sidelines and watching the warmup you can learn a lot about...