Bat For Lashes -- aka Natasha Khan -- will release her fifth studio album, entitled Lost Girls, on September 6th, 2019 via AWAL Recordings.  The album’s first song, “Kids In The Dark,” is available to hear below.

Lost Girls is another brilliant full-length in Khan’s incredible, acclaimed discography, mixing sounds she’s always loved -- heavy bass lines, synth arpeggios, Iranian pop beats, cascading choruses -- with some of her finest songwriting to date. It’s an album full of romance, a homage to Los Angeles where the album was recorded, to being a kid in the 80’s, to films that touched and changed her life.

If her last album, The Bride, was melancholy and mournful, a tone poem of loss and regret, Lost Girls is her mischievous younger sister, widescreen in scope and bursting with Technicolour intensity. It’s an album for driving in the dark; holding hands at sunset; jumping off bridges with vampires; riding your bike across the moon.

‘Said she was being hunted. Strange Powers in the night hours’

Spanning 10 tracks, Lost Girls sees Khan dreaming up her own fully formed parallel universe, creating an off-kilter coming of age film in which gangs of marauding female bikers roam our streets, teenagers make out on car hoods and a powerful female energy casts spells and leave clues for us to follow. The women of Lost Girls are parallel to one of Khan’s previous female protagonists, the tough, darkness-driven Pearl, from her 2009 lauded album Two Suns. Within the women of Lost Girls and the character Nikki Pink, Khan unfolds elements of herself; within these songs, we do the same.

The delicious first single “Kids in the Dark” sets the scene, with its opulent haze of 80’s synths and stuttering disco beats, but nothing in this topsy-turvy world is quite as it seems. “Jasmine” leaves eerie clues – “a body bag/ on eucalyptus hill, and the Hollywood forever and the endless sleeping pills”, while even at its most outwardly pop. In the pristine “The Hunger” or the swooning “So Good”, there is an underlying menace and heightened sensuality, with Khan singing about “an addiction that I cannot fight...a drug that never numbs this pain”. Then there’s the soaring “Desert Man”, which lays bare the push and pull of burgeoning romance, with Khan resolutely declaring “love is a nowhere land”.

Over the course of four award-winning, critically acclaimed albums, Natasha Khan has embarked on a singular artistic course, laying out a dense and dreamlike ecosystem of gorgeous melodies, infectious choruses and romantic lyricism infused with a timeless magic realism. Classic singles such as “What’s A Girl To Do?”, “Laura” and “Daniel” cemented what exactly set Bat for Lashes apart from others ostensibly of her ilk –peerless music which was diverse, cinematic and touched with a pop curiosity. 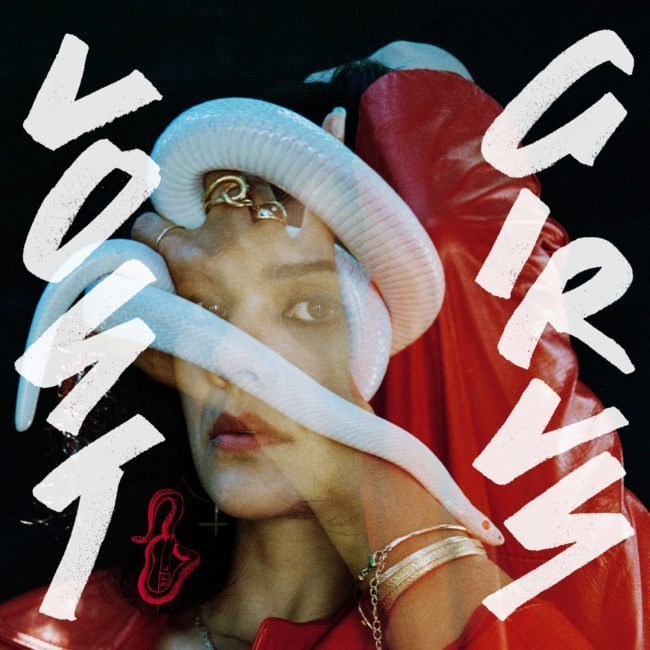 Natasha Khan or as she is better know Bat For Lashes is releasing her fourth album, The Bride on July 1st. This ambitious concept album follows the critically touted 2012’s The Haunted Man. There has...

This Christmastime! Bat For Lashes will be bringing Yule tidings with a sparkling winter special! A live performance film pre-recorded by Natasha and featuring old Hollywood sets, original costumes, special guests and Christmas covers, as well...