Better Noise Music recording artists AWOLNATION release Angel Miners & The Lightning Riders Live From 2020, the version of their latest album of the same name performed live in-studio, on November 20th. Along the release will be a full Livestream video experience of the album on YouTube at 7 pm EST.

With the pandemic still affecting live music, AWOLNATION's new album gives fans the chance to hear the band perform live especially since they are best known for their energetic live performances. The entire new album was recorded in-studio, live with a full band and no backing tracks added. It features all instrumentation and arrangements that have creative flourishes plus the fervent energy that AWOLNATION fans have come to expect from them.

After wildfires burned down his previous studio, Aaron rebuilt the space and much of the new music was recorded there. The fire became a source of inspiration for the new songs. Aaron was equally motivated by the idea of giving fans a front-to-back live representation of the new album. Each live song has an accompanying performance video shot and edited to create a completely unique visual. These videos will premiere all together on their YouTube on November 20th at 7 pm ET. 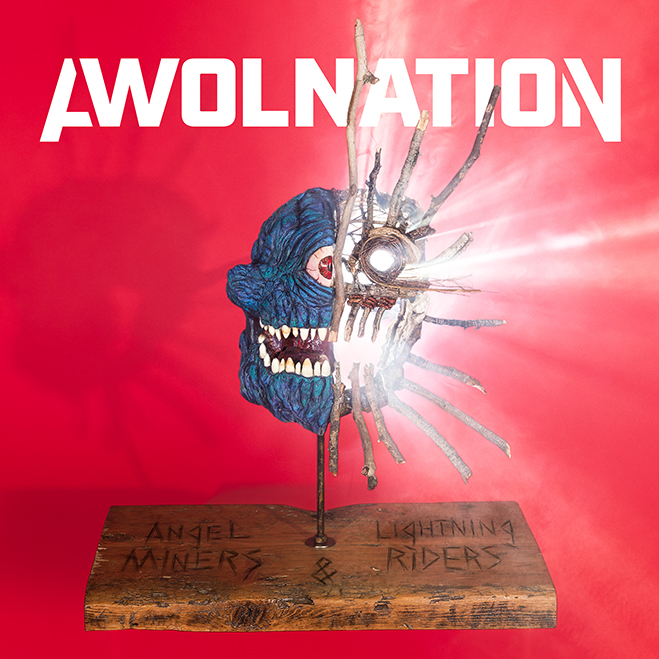 Angel Miners & The Lightning Riders, was released in April 2020 to great success, reaching #1 on iTunes Alternative Charts in the US, Canada, Sweden, Germany, and Finland. Guest artists on tracks from the album include Alice Merton(on “The Best”), Rivers Cuomo (on “Pacific Coast Highway”) and Grouplove (“Radical” released October 23).

Multi-platinum artist AWOLNATION has announced the release of their third studio album, Here Come The Runts, on February 2, 2018. European tour dates announced. Serving as a follow up to the platinum-certified debut album Megalithic...

Standing together, while being apart, is bringing out the best in all of us in times like these. Artists have been creating and sharing new material with fans who are home-bound through virtual concerts, fan...