Arcade Fire, who recently celebrated the 15th anniversary of their critically-acclaimed debut album Funeral, has announced they will re-issue their debut single ‘Neighborhood #1 (Tunnels)’ on 7” vinyl for Record Store Day Black Friday on the 29th November. It will be available in selected independent record stores around the world.

The re-issue will replicate the original Merge Records release – first released in June 2004 – that was originally limited to 1,500 copies.

Alongside ‘Neighborhood #1 (Tunnels),’ the opening track on their debut album and an early introduction to the trademark Arcade Fire sound that would encapsulate the themes and essence of the music on the album, the 7” will also include the B-side ‘My Buddy’ by The Alvino Rey Orchestra that pays tribute to Will and Win Butler’s late grandfather, the Jazz musician Alvino Rey , whose passing during the early part of Arcade Fire’s career would greatly influence Funeral. 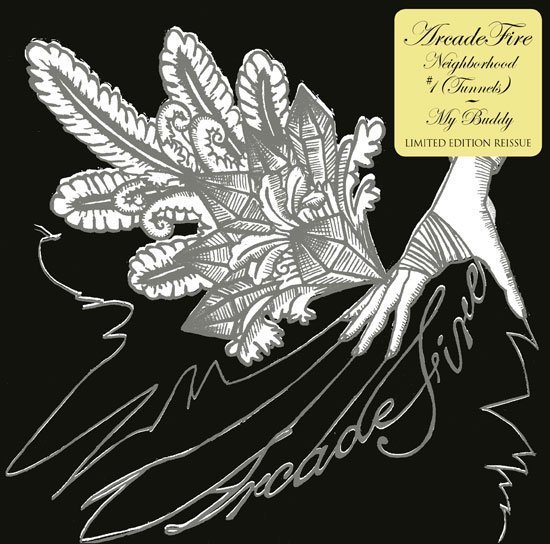 Win Butler says: “This 7 inch was prepared in the months leading up to the release of Funeral. The B side is a song performed by Alvino Rey, me and Will’s grandfather. This song was played at his funeral, and was part of the inspiration of naming the record “Funeral”. It’s one of the first uses of a primitive vocoder called a Sonovox and was recorded live.”

As part of the celebrations for the 15th anniversary of the release of their debut album, the band released a reworked version of the ‘Rebellion (Lies)’ video and a series of previously unseen Anton Corbijn pictures from the time of the album’s original release.

On Saturday, 18th April 2015, a few local stores will take part in World Record Store Day. Originally started in America in 2007, and described by Universal Music Sales Manager, Marc Fayd’herbe, as “the single...

Indisputably the UK’s greatest girl group BANANARAMA broke the mould with their fashion-forward style, feisty attitude and an arsenal of timeless chart hits spanning three decades. Now for the first time since their original release,...

Kscope are proud to announce that Mansun’s album The Dead Flowers Reject will be included as part of 2020’s UK Record Store Day on 18th April. The album has been beautifully remastered for vinyl and will be released as...