Russian-born singer-songwriter Ksenia (Ka-SIN-ee-uh) is ready to release her new music video "Fire with Fire". The single carefully and honestly expresses various emotions of a toxic relationship. Ksenia co-wrote "Fire with Fire", as well as her upcoming EP, with LA songwriter/producer Mario Marchetti, who has produced songs for Jojo and Demi Lovato. She also co-wrote the single with Trevor Holmes, a semi-finalist on American idol in 2018.

"Fire with Fire" is the title track off Ksenia's upcoming 7-track EP, out in late 2020. The singer combines electro-pop, R&B as well as traditional Russian folk melody to create seven original songs that tell stories about self-empowerment and taking responsibility for your own happiness.

From a small town in Russia to being bi-coastal in NYC and LA, Ksenia is showing she is a global hitmaker with every single release! Check out her new single "Fire with Fire", out February 20, 2020. Be sure to look out for this powerhouse artist’s new EP, Fire with Fire, coming to you in late 2020.

“Confession: I always wanted to set a house on fire in a music video! “Fire with Fire” is about revenge, it’s about not being okay with being treated poorly and firing back. The video portrays the “love bombing stage” of a relationship with a narcissist. First, they get you hooked and then they drop the mask and you see who they really are. The person you thought you knew doesn’t exist and but you’re already attached so it’s very hard to just cut ties and leave. In my music video, the couple literally goes down in flames - a metaphor for this kind of toxic relationship. If you find yourself in this sort of situation, please get out. Hopefully, this video will help inspire you to take action before you get burned!” - Ksenia

Check out the video for 'Fire with Fire' - BELOW:

Ksenia was born and raised in the small town of Nakhodka, Russia. The daughter of a guitar player and pianist, Ksenia was first introduced to Bohemian Rhapsody by Queen at a young age--her first taste of Western music, inspiring a sense of creativity deep within the budding artist.

Ksenia learned classical piano at the age of six. At 13, she began entering musical competitions, further exploring her love of performing. Her powerful vocals and charismatic stage presence are what soon made her a finalist in the national Russian television show, Sing If You Can. Later, Ksenia was offered a full scholarship to Far Eastern Federal University in Vladivostok where she studied advertising.

Ksenia received her MFA in acting and film at the New York Film Academy. There she started making her own short films. She co-wrote, produced, and starred in her own feature film romantic comedy, This Much, where she was awarded Best Actress at the Westfield International Film Festival in the fall of 2018. Ksenia’s love for filmmaking is what allows her to tell stories through her music videos. 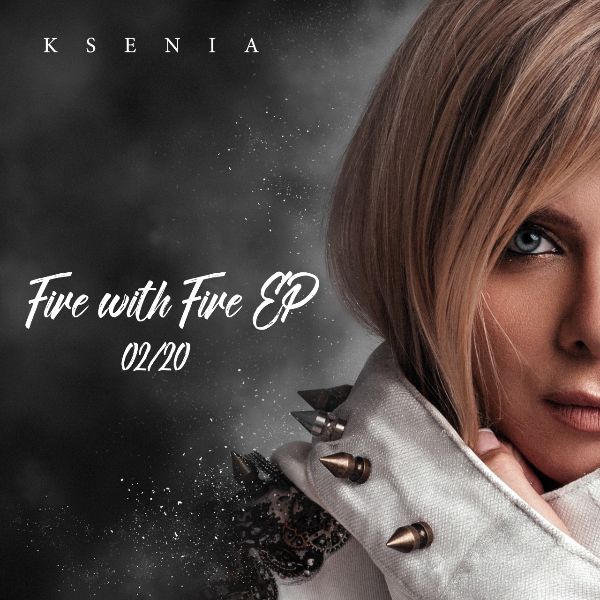 Let Somebody Love You