Today XS Noize is pleased to premiere the video for 'Dark Clouds' from 'Prophecies Of The Lost' the debut album from King Prawn guitarist Hans Deville.

Recorded over lockdown, it’s a fusion of maritime folk, psychedelia and spaghetti western, all wrapped up in raw punk energy. Half instrumental, half in collaboration with Hastings dark country vocalist Andrew J Davies. Turn down the lights, stare out to sea and let this album take you on its own unique journey.

Lyrically written like a short story Dark Clouds initially appears to be about loss and separation but soon hints at more. It paints an uncomfortable picture of a very dysfunctional relationship. Screams and curses ring out on a hot summer night until one of them leaves - even storming out without her keys. She isn't coming back. The final insight into their car crash lives hints that she is leaving more than the just narrator. The tale is told accompanied by a riff that drives throughout the song barely pausing for a moment. The song features the singer’s wife helping out on backing vocals.

Watch the video for 'Dark Clouds' - BELOW:

Guitarist and producer HANS DEVILLE cut his rock’n’roll teeth with highly respected ska-punks KING PRAWN. It’s not an uncommon story, but 2020 was a trying year and this isn’t the only project born from a musician’s desire to keep creating.

Setting up a studio in his Stained-Glass workshop, a hybrid album of mariachi, sea shanty and twangy western began to develop. Live brass was recorded by his ska-punk buddies, even his mum lending an accordion-playing hand on the first single Porbandar.

In addition to the KING PRAWN brass boys, Richard Glover bass player of the mighty DUB WAR, makes a special appearance on the Latino flavoured “Diva”.

On hearing the works in progress, old-time friend Karl “Lost” Horton introduced Hans to ANDREW J DAVIES from Hastings dark country band FRANK FROM BLUE VELVET. The pair immediately hit it off with Andrew laying down the vocals that very evening, taking influence from his Welsh roots by incorporating four-level harmonies, much favoured by male voice choirs, on Porbandar the sea shanty evoking the first single. The collaboration continued with half the album featuring the Hastings-based vocalist. 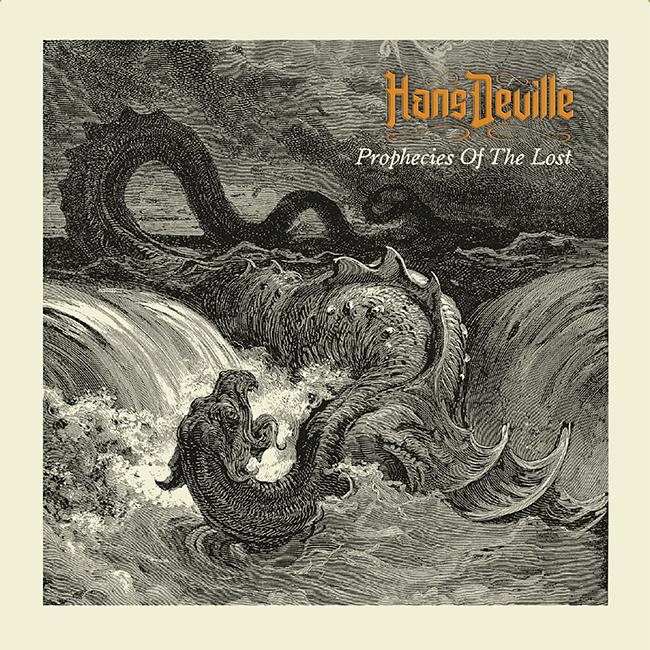