Their long-awaited Daniel Schlett (The War on Drugs, DIIV) produced debut album, ‘Another State’ - out 20th November via Modern Sky UK, is an album exploring the shadowy recesses of the human mind and existence, across eleven darkly compelling and utterly immersive dream-pop songs, drawing on shoegaze, Krautrock, post-post and synth-pop influences.

The brooding, multi-faceted soundscapes of Another State offers an often melodic, sometimes knife-edged, and always enveloping backdrop to the album’s lyrical themes of control, manipulation and escapism, observed with a needlepoint astuteness, and an overriding message that all is not what it seems on the surface. The foreboding post-punk and Krautrock energy of album-opening track Silent Type explores the appearance of social anxiety and the misconception that introverts are less threatening than their more outwardly aggressive extroverted counterparts. Whilst Remains, one of Another State’s more intense tracks is written about the unexpected suicide of an unnamed public figure.

Listen to 'Silent Type' - BELOW:

On Perception Management and Smokescreen, the psychological analysis of the human condition moves from the individual to the institutions to a backdrop of dark angular synth-pop recalling Joy Division or DIIV. The former takes aim at the manipulation of society by the ruling class, inspired by the Adam Curtis documentary, whilst the latter explores Graham Hancock’s banned TED talk ‘The War on Consciousness’, and the hypocrisy of drug laws.

Other album tracks veer more towards the introspective and interpersonal, with the reverb-drenched exhilarating goth-pop of Align representing Tourists’ own call for independence, from the industry shackles and creative restrictions. Lego Man draws on a more personal experience of control and manipulation within a relationship, as Jamie Giles explains: “It fascinates me how love can turn into something dark, cruel and possessive in its nature.” Whilst Strangers and Blindside offer a different insight into the agonising turmoil of love, taking musical cues from the alternative 80’s synth-pop of Depeche Mode, The Cure and Flock of Seagulls.

The album’s title track, Another State, is about escapism, both lyrically speaking and sonically. A haze of droning organs, chiming guitars, and dream-pop recalling Beach House, combine to create something blissed-out, melodic and expansive. A lush closing track which cements Tourists’ ability to create a record of rich layers that transports the listening from the angular foreboding knife-edge, through to the immersive blissed-out and transcendental.

Prior to recording their debut album Another State, Tourists released a string of early singles with their track Cut and Run (2016) receiving support from tastemakers such as Clash and DIY, with the single added to Spotify’s Global Viral 50 chart, garnering over 500,000 plays. Tourists followed this with a packed-out performance on the BBC Introducing Stage at Glastonbury (2017). The BBC’s support has continued with recent singles Align (October 2019) and Smokescreen (March 2020), both taken from the forthcoming album Another State, receiving plays from Huw Stephens (BBC Radio 1), and with the band recording a live session and interview for BBC Introducing. 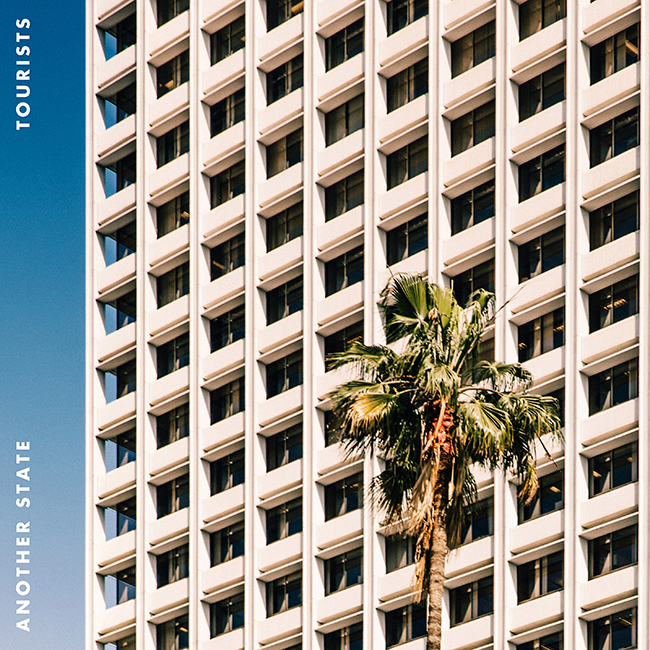 Tourists wrote and recorded their debut album Another State during 2018, in the seclusion and solace of their Torquay rehearsal space. Cut off from the world and the pressures of working in a studio, they successfully achieved what they set out to do, to capture the atmosphere and energy of their live sets but within a tranquil setting. The band then decamped to Brooklyn to work with producer Daniel Schlett (The War on Drugs, DIIV) in 2019, before mastering the record with Simon Heyworth (Brian Eno, Imogen Heap, Nick Cave) of Super Audio Mastering.

Today, TOURISTS present a mesmeric new video for ‘Align’. A single that stands as their first new material in over two years, the band’s insurgent comeback track is now accompanied with visuals that supercharge its...