To mark its 50th anniversary, The Kinks today announce a special release of ‘Arthur Or The Decline And Fall Of The British Empire’ – out October 25th on BMG, which includes previously unreleased track ‘The Future.'

Without doubt, the Kinks 7th studio album is one of the greatest rock albums ever made, a near-perfect example of Ray Davies’ incredible storytelling ability in what was an innovation in 1969: a concept album. It’s also poignant that a record based on the story of emigrating from the UK around its potential to enter the Common Market should hit its 50th anniversary right now. With Brexit on the horizon, the themes of ‘Arthur’ ring alarmingly familiar.

‘Arthur’ received unanimous acclaim on its release. Each of its 12 original album tracks is an absolute gem and all perfect examples of Ray Davies’ intrinsic ability to weave a story around a song. In what was a golden period for the Kinks, ‘Arthur’ followed another classic, ‘The Kinks Are the Village Green Preservation Society’ when it was released on October 10th 1969.

Rolling Stone wrote: “Arthur is a masterpiece on every level. The Kinks supreme achievement and the best British album of 1969.”Melody Maker was equally enthusiastic: “Ray Davies’ finest hour……beautifully British to the core”.

“I started Arthur before the end of Village Green,” says Ray. “The albums piggyback one another because they are joined. I’d already written the song ‘Arthur’. I think I wrote ‘Australia’ when I was still living at 87 Fortis Green so it was quite early on. I remember taking it over to Dave, he lived in Cockfosters at the time and playing it to him. We were laughing at the irony in the line, ‘nobody’s got a chip on their shoulder’.”

In the midst of the ‘Arthur’ sessions, studio time was devoted to completing tracks for Dave Davies’ proposed solo album. The idea had progressed in staggered intervals since the initial success of Dave’s 1967 single, ‘Death Of A Clown’ but, ultimately, never reached completion.

“One of the reasons the album wasn’t finished was because I felt The Kinks’ management and record company were forcing me too much,” Dave reflects. I felt very comfortable being in The Kinks and it seemed fulfilling to be part of a band. I didn’t really want for more. I couldn’t see the point.”

Ray says; “Hearing Dave’s songs again after all this time, I found them quite moving because they were like the back story of what The Kinks were going through at the time.

Reprise eventually scrapped the release by September 1969 and over the years, Kinks fans continued to obsess as to what Dave’s album - which some referred to as ‘A Hole In The Sock Of’, a working title Ray had jokingly thrown to a music journalist - might have contained.

Listen to previously unreleased track ‘The Future' - BELOW:

Included in this anniversary edition are 4 CDs comprising of 81 tracks in total, 5 of them unreleased and 28 previously unreleased versions. These include 2019 newly remastered versions of the original album from HD sources (in its original track listing), mono and stereo single versions, B-sides, alternate mono and stereo mixes, rehearsal tracks, BBC mixes and the lost Dave Davies’ solo album, with bonus tracks. 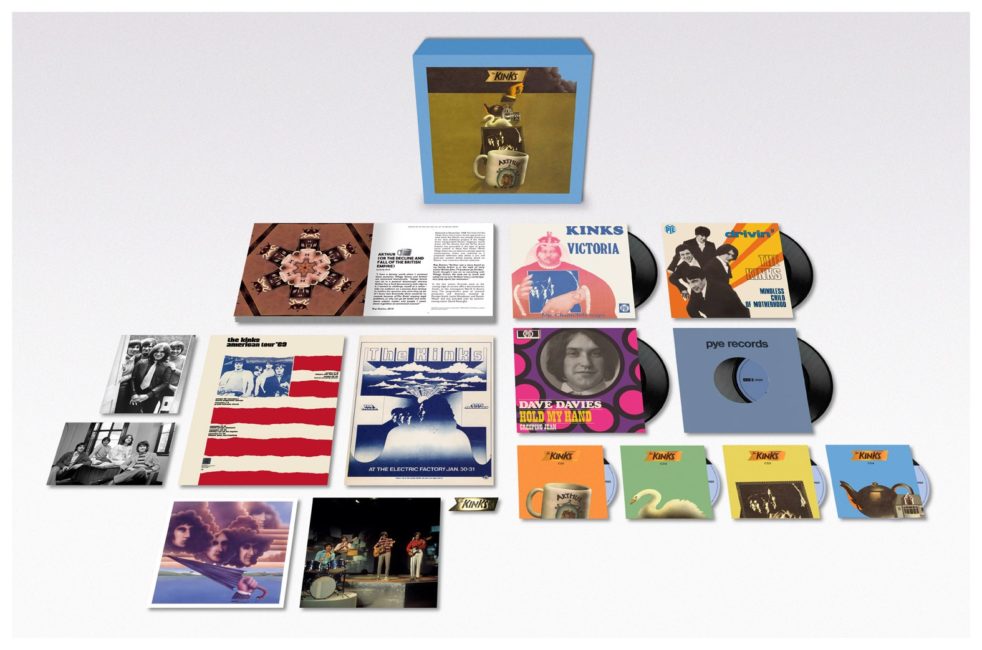 Chrissie Hynde has today revealed her new track, No Return. Originally written by Ray Davies, the track first appeared on The Kinks’ 1967 album Something Else by The Kinks. Chrissie’s version of the song is...

ALBUM REVIEW: THE KINKS – SUNNY AFTERNOON – THE VERY BEST OF

As the sun did shine through my window on a cold, October afternoon, I sat down to review Sunny Afternoon: The Very Best of by the Kinks, a 2cd compilation of much of their work....