The Cribs have announced details of a comprehensive reissue programme of their first three classic and much-loved albums, The Cribs, The New Fellas and Men’s Needs, Women’s Needs, Whatever. The three albums will be released on Friday 29th July 2022 via Sonic Blew/[PIAS].

After being out of print for many years, the highly sought after vinyl LPs will be re-issued on limited edition coloured vinyl, along with ‘Definitive Edition’ 2CD editions featuring never-before-heard songs out-takes, demos, sessions, covers and remixes. Additionally, all three albums will be released on cassette for the first time.

There will also be a limited edition box-set entitled ‘The Early Years’, which includes all three albums on coloured vinyl, a companion CD for each album featuring all bonus material, and a 20-page ‘Sessions History’ book containing detailed session notes from the band, unseen photographs, and interviews with the likes of Edwyn Collins, Alex Kapranos and Lee Ranaldo who were all involved in the making of the albums. These box sets will be individually signed and numbered and limited to 1,000 units worldwide.

Speaking of the re-issues campaign, the brothers had this to say:

“After working so hard to reclaim the rights to our masters, we wanted to make sure that these reissues were done right…that they would be the definitive editions of these records, rather than just a run of the mill re-press. So we spent the last year digging through old boxes and drawers, session notes…even old email accounts to ensure that you guys get EVERYTHING! Every B-side, every unheard session, every demo tape from our first to our last…plus much more, all lovingly remastered from the original tapes (and a few mini-discs, if we are honest…)

We just wanna say that we are so proud and grateful to be in the position that, 15 years on, people still care about these albums - we cannot tell you how much this means. Throughout the ups and downs of the intervening years, it has always been our hardcore audience that has sustained us, and we appreciate you more than you will ever know. So, first and foremost, these editions are for you guys…the kinda people who will appreciate hearing ‘Song From Practice 1’ actually live from practice 1…we hope we did you proud”. 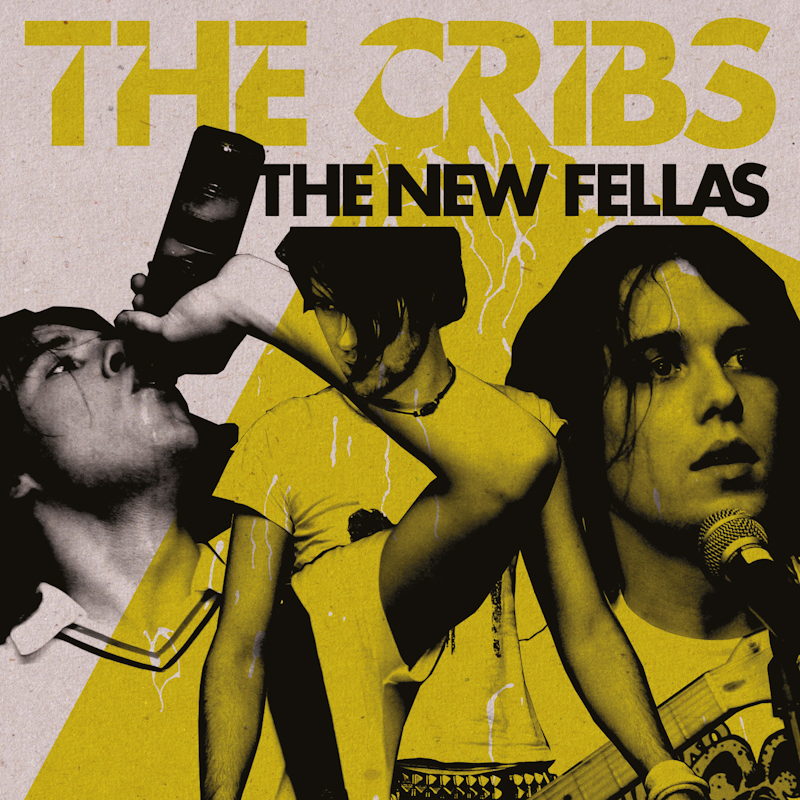 The band have today also shared ‘In The Room’, a previously unheard outtake from The New Fellas album sessions with Edwyn Collins in 2005. Talking about the song, they said:

“We had honestly forgotten that this song existed until we received our original master tapes back…we know that sounds disingenuous, but it’s true! Life was so chaotic and fast-moving back then that we never really had the chance to go back and revisit things - everything was very in the moment, which is probably why this one was able to fall through the cracks.

It’s really cool to finally hear it completed after all these years. Hearing it back for the first time was a surreal experience for us - like a message to our future selves from the past. It is a pretty classic example of what we were doing and where we were coming from back in those days - much like ‘Hey Scenesters!’ or ‘Mirror Kissers’ in the fact that it is lyrically quite reactive and upfront. We would usually just write the lyrics in the moment, to reflect what was going on around us at the time, documentary-style - and so as unlikely as it sounds, this song probably only existed for the couple of hours that we originally worked on it, and was then forgotten about once we went back out on one of our endless tours. We think people who like that era of The Cribs will dig it, and we are really happy that we can bring them something new from those days…hopefully, they get as big a kick out of it as we did!”

The band's 2004 self-titled debut album, back on vinyl for the first time in over twelve years, was recorded almost twenty years ago at the legendary Toe-Rag studios and produced in part by US underground musician Bobby Conn. The Cribs took the band from DIY heroes to wider public acclaim, thanks to the album's “supreme pop melodies” (NME) and cult hits such as ‘Another Number’ and ‘You Were Always The One’.

The band's breakthrough 2005 album The New Fellas, back on vinyl for the first time since its original release, was produced by Edwyn Collins and features 4 top 40 singles, including 'Hey Scenesters!' and 'Mirror Kissers'. One of Q Magazine’s ‘Albums of the Century’, it helped The Cribs grow into “the biggest cult band in the UK” (Q)

The band's classic 2007 album Men’s Needs, Women’s Needs, Whatever features hit singles like 'Men's Needs' & 'I'm a Realist' and was produced by Alex Kapranos. Lee Ranaldo (Sonic Youth) features on ‘Be Safe’. The album is full of enduring anthems and is still considered by many as one of the defining indie rock albums of the 2000s, both at home and overseas. In the USA, Rolling Stone made it one of their records of the year, calling it a “tour de force”.

Still one of the most-loved, acclaimed and relevant independent bands in the UK, The Cribs music and DIY attitude continues to inspire a new generation of artists, such as recent breakout acts IDLES and Yard Act:

They were the embodiment of all I had missed from a scene I never felt I fit into before; they were FURY, and they were real. They self-produced without compromise; they played anywhere that would take them in order to enable their seething hunger for the live and their connection to a growing audience. They attacked the tropes of rock and roll, masculinity, class all the while tearing lumps out of the Indie scene with fuck off pop songs. Never losing a sense of humanity or that sense of fury. I believe it’s because they never stopped clawing away at their own sense of who they are whilst always moving with unflinching drive. In order to make the best art, you have to never wait for anyone; DIY. They did it themselves. They are The Cribs, and I am truly grateful. - Joe Talbot, IDLES

One time, my old band were being photographed for Italian Vogue; loads of people hanging expensive clothes off the current trendy indie bands du jour. One of the bands in the green room had an advance copy of ‘The New Fellas’ and was blasting it through the stereo. Through all the bullshit and chatter in the room I remember hearing ‘Mirror Kissers’ and being fucking floored. FUCK. THIS IS THE EXACT REASON WE SHOULDN’T BE HERE. It just hit me that whilst everyone was pratting around in London being all self-congratulatory, The Cribs had just got their heads down and written an incredible follow up album that referenced everyone pratting around in London being all self-congratulatory. I stole a Paul Smith coat and walked off in a huff. I still LOVE that record though. - Ryan Needham, YARD ACT

The Cribs released their eighth album, Night Network, to universal acclaim in November 2020 and more recently issued four limited edition 7”s featuring previously unheard songs from the album sessions (recorded at Dave Grohl’s Studio 606) on the A-side, paired with home recordings undertaken during the lockdown on the B-side as part of their mail-order ‘Sonic Blew Singles Club’. 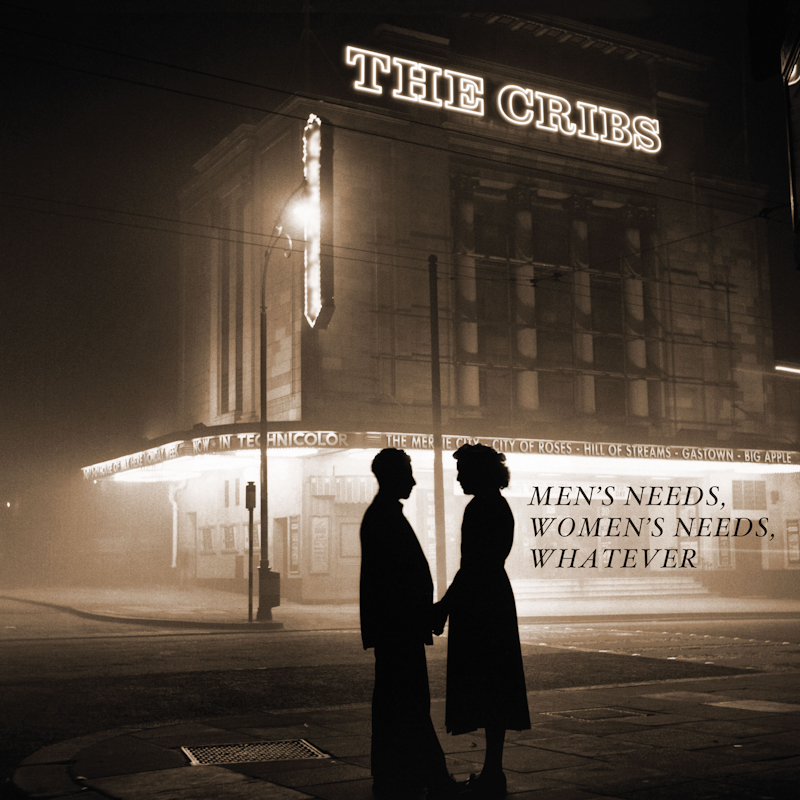 The Cribs, who released their eighth album Night Network to universal acclaim in November 2020, have today announced details of the ‘Sonic Blew Singles Club’ which will run monthly until the end of the year....

THE CRIBS - Unveil documentary shot in collaboration with Vevo

The Cribs have today unveiled a documentary shot in collaboration with Vevo as the second instalment in their music documentary series ‘Off The Record’. Off the Record with The Cribs sees brothers Ryan, Gary and...

THE CRIBS share 'I Don't Know Who I Am' feat. LEE RANALDO

The Cribs have today shared the video to I Don’t Know Who I Am, the latest track to be taken from their forthcoming eighth album, Night Network, which is released via Sonic Blew/[PIAS] on Friday,...