After over two decades, Public Enemy - the iconic group whose message of revolution, social justice, and racial equality is more potent and necessary today than ever - finally reunites with the historic label it helped build into a globally recognized brand: Def Jam Recordings.

Public Enemy and Def Jam have reunited to officially release “Fight the Power: Remix 2020",” the explosive remix that opened the 2020 BET Awards in June featuring Nas, Rapsody, Black Thought, YG, Jahi and Questlove. “Fight the Power: Remix 2020”, is the first offering from the group’s forthcoming new studio album What You Gonna Do When The Grid Goes Down, set for release via Def Jam on September 25th.

“Fight the Power: Remix 2020” was recorded in June with the addition of new lyrics that reflect the global protests over the deaths of George Floyd, Breonna Taylor and far too many more. The video features performances by the artists, filmed separately due to social distancing, and intercut with powerful protest footage.

"Cultural Institutions are important. Being an integral part of one is an honour bestowed and to uphold,” says Chuck D. “Public Enemy songs are forever sonic prints in the sands of time. And it’s time - it’s necessary - to bring the noise again from a place called home. Def Jam. Fight The Power 2020.” Flavor Flav adds, “Def Jam is like the house we grew up in. It’s cool to be home.”

“Like so many of us, I have long been a Public Enemy fan, and the group was incredibly formative for me and the path I would take,” said Def Jam Chairman & CEO, UMG General Counsel Jeff Harleston. “PE has consistently been a living example of how music can profoundly move and unite people, and affect real change in the national conversation. As we continue to confront inequality and injustice, we need PE’s voice in the national dialogue. Def Jam is proud to partner with Chuck and welcome Public Enemy home.”

“For true fans of hip-hop all over the world, this is a historic moment,” said Def Jam GM & EVP Rich Isaacson. “Bringing Public Enemy home to Def Jam - in a time when their message is more necessary than ever - is a profound statement and a much-needed reunion. We are beyond excited to once again lock arms with the legendary Public Enemy.”

Earlier this summer, Public Enemy released “State of the Union (STFU),” produced by DJ Premier. Their fiery return to the frontlines takes on Donald Trump and his fascist regime. An unflinching statement about the destruction the current administration has unleashed on the country and its people, “State of the Union (STFU)” speaks truth to power while urging people to fight against racism, injustice and oppression with their vote. 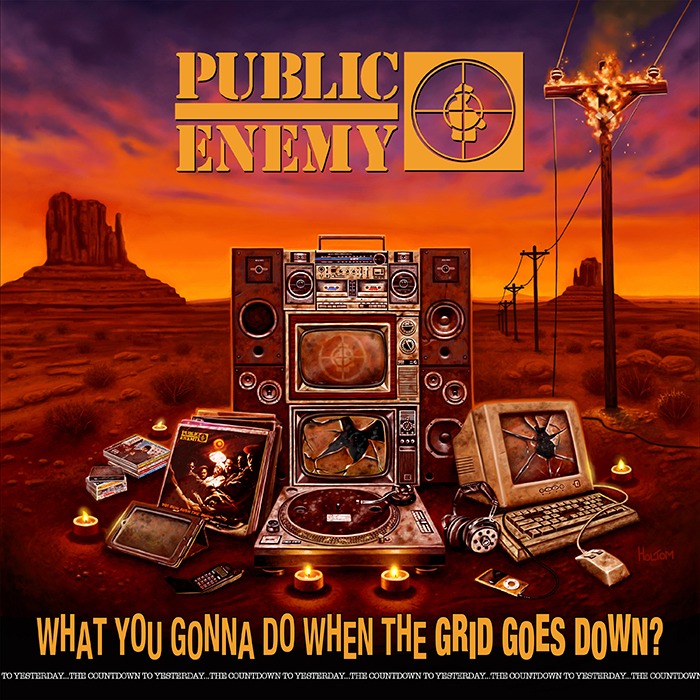 What You Gonna Do When The Grid Goes Down is available now for pre-order, along with exclusive Public Enemy merchandise at www.publicenemy.com.

Public Enemy unveils the tracklist for their upcoming album What You Gonna Do When The Grid Goes Down?, revealing a powerful lineup of guests on the legendary group’s first release for Def Jam Recordings in...

WIN: tickets to see The Prodigy in Belfast's Odyssey Arena on December 1st 2015

On December 1st 2015 The Prodigy take their journey to Belfast's Odyssey Arena in support of their latest album 'The Day Is My Enemy. They will be joined by Hip Hop legends Public Enemy.  We...

Public Enemy’s single “GRID” featuring Cypress Hill and George Clinton is a post-apocalyptic view of the world after it collapses into a technological desert after the “grid goes down” and, today, the legendary group shares...