“As the song is about embracing getting older and becoming more aware of your surroundings and inner life, we wanted to create a video that reflects the passing of time while implying that love, life, and the love of life goes beyond age. In the video, we meet two elderly couples. Maybe they are acquainted, maybe not. But they share the same passion of secretly meeting to dance the night away. The chauffeurs/guardian angels (cameo by Sparkling) suggest that there’s a whole secret community of people who meet-up to celebrate life.”

The single is from Sparkling’s new album ’Felonious’ which comes out 23rd April. Watch BELOW:

‘Felonious’, the second album from Danish duo Sparkling is one of those classics you never even knew you were waiting for. A spirited labour of love that had the luxury of time and space in its creation, where sparks of inspiration were carefully shaped into a set of timeless tracks, intelligently woven into a tapestry that like all great art, just makes sense but it’s hard to explain why.

Our protagonists Carsten Mørch-Bentzen (vox) and Jens Christian Madsen (synths) like to take their time between releases having previously released only one album and an EP since 2002, but as with all fine wines “Felonious” coming this year offers a quality and preciousness that can only ripen through proper absorption of life’s vicissitudes. Sadness interspersed with joy and renewed senses each time for each album.

Like a Scandinavian, Future Islands meets Foals, the first single from ‘Felonious’ came out late 2018 entitled ‘Say Goodbye To The Ragged Tiger’. A song about the knots and beauty of life. Casting off the entanglements of the past little by little as new perceptions become apparent through its progressions. With a powerful bass hook, epic chorus and new wave ending. ‘Fractions’ was recently unveiled as a single and outpours a darkly-toned synth-based track which expresses the strong love that transforms someone from a dreamer flying restlessly in space to a man on earth. It’s about maturity and embracing getting older and becoming more aware of your surroundings and inner life.

Elsewhere on the album, pulsating crystalline beats and synths create yearning dystopian moods like ‘Blossom Blood’ which echoes Simple Minds and A Flock Of Seagulls with its reflective 80’s tinge. ‘Now I’m None’ incorporates denser abstract sounds in a stunning cacophony of futuristic mind-bending warp whilst ‘Flashlight Heart’ has a hopefulness in its twisting pad sounds, acoustic washes and off-kilter sax motif with a soaring Bono-esque vocal. Here is a band looking back and forwards to remain in a fresh emotional centre.

Whilst working on the album over the past few years, Sparkling teamed up with renowned film festival CPH: PIX who they agreed could use excerpts from the duo’s cinematic pop music in the festival trailers which screened in movie theatre all over Denmark. Sparkling have toured intensively across Denmark incl. SPOT and Skanderborg Festivals, been artist of the week on Hitquarters.com and collaborated with producer/remixer Dave ‘Rave’ Ogilvie (Bowie, N:I:N…). European tour dates will be announced soon. 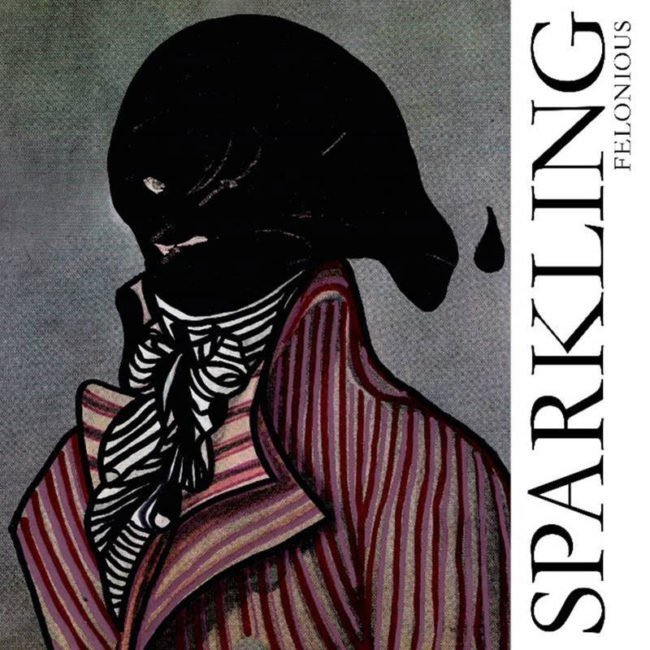