The 16-track album doubles down on Allen’s expansive love for music across genres, with nine brand new collaborations in addition to the seven previously featured on ‘Bettie James’. The original project has amassed more than 155 million streams along with critical acclaim and further established Allen as country’s next superstar.

“When it comes to music I love, I don’t really get wrapped up in boundaries or genres. I thought we were gonna stop with the collaborations with ‘Bettie James’, and then I was like man, there’s so much music out there that I love, so many artists that I love, and I just wasn’t done,” Allen says. “There’s some pop, there’s some rock, there’s some country, there’s some R&B. I got a chance to work with legends! When I was writing some of the songs, I was trying to picture each moment. I went to each artist to work with them so they could be who they are on the song and bring their greatness to the song – I feel like that’s what makes the songs better. I’m super proud of the body of work of this album and can’t wait for people to hear it.”

The album includes his current single ‘Freedom Was A Highway’, which features Brad Paisley. Recently playlisted at Radio 2, the track is currently Top 30 at US country radio and topped Taste of Country’s 10 Hottest Songs For Summer 2021. Jimmie Allen and Brad Paisley subsequently performed together on ‘Jimmy Kimmel Live!’, and Paisley also surprised Allen during his performance of the song at the ACM Awards, days after Allen was crowned New Male Artist of the Year.

Another highlight is ‘Why Things Happen’, a collaboration with Darius Rucker and Charley Pride, which Rolling Stone included in their 10 Best Country Collaborations of 2020. They stated, “There’s nothing outwardly political about the song’s pious searching for higher meaning amidst tragedy, but released during nationwide protests against police brutality in a surging pandemic, ‘Why Things Happen’ perfectly captured a broken nation in mourning.”

Jimmie Allen will publish his debut picture book, ‘My Voice Is A Trumpet’, on July 13th. It’s a powerful story about speaking up for what you believe in (at any age) and celebrates the many types of voices that can affect change.

Jimmie Allen has been blazing trails since the beginning of his career. He made history as the first black artist to debut with two consecutive #1 hits: ‘Best Shot’, which spent three weeks at #1 on country radio, and ‘Make Me Want To’. Both songs featured on his 2018 debut album ‘Memory Lane’, which The New York Times dubbed as one of the strongest of the year. Building on that breakthrough, ‘Bettie James’ and the new ‘Gold Edition’ add to a career that has accumulated more than 850 million streams. 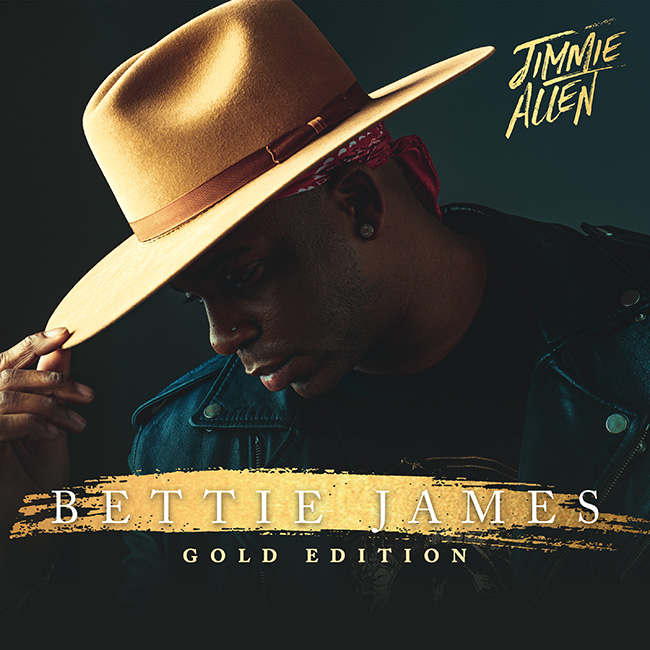 Multi-platinum recording artist, current ACM New Male Artist of the Year winner and proud small-town Milton, DE native Jimmie Allen has released his latest song “Big In A Small Town”. The release of “Big In A...