After announcing details of a ‘Greatest Hits’ tour which commences in March 2022, James Morrison is excited to announce details of his first-ever ‘Greatest Hits’ album, which will be released on 11th February 2022. He today launches the album by sharing his new single ‘Who’s Gonna Love Me Now?’, which is one of two new songs that appear on the collection along with ‘Don’t Mess With Love’.

In a twist on the ‘Greatest Hits’ format, James Morrison returned to the studio with his long-term producer Mark Taylor to record new versions of thirteen of his classic songs alongside his regular live band. James calls on fifteen years of experience to breathe fresh life into the songs. Not only has his voice matured - with a richer, deeper, more soulful timbre - but his live performances have uncovered other layers to the material, in many cases emphasising different elements to the original recordings.

And just like fans will find their interpretations of his lyrics changing as time passes, so does James. He was just 21-years-old when he first hit the limelight, and he has experienced so much in the intervening years: a long-term relationship, children, the loss of family and friends, huge career highs, and moments of self-doubt. All of those things have inspired him - sometimes directly, others subliminally - to interpret his original lyrics in new ways, and he’s never sounded better as a result.

James Morrison commented, “It’s been fifteen years since I started releasing music, and many of my songs over time have taken on a new life of their own: new emotions, new meanings and new feels both from the way I perform them and in the way my band has played them. I’ve also become a better singer and inhabit the songs in a different way now.

I wanted to reflect all of that on this ‘Greatest Hits’ with reworked versions. I love all the original recordings They brought me to where I am today, but I see these new versions as their older siblings, and I really love them too. I’m so pleased with what we achieved here.”

The new single ‘Who’s Gonna Love Me Now?’ shows that his songwriting talents are as strong as ever. The rugged soul of James’s voice hits the essence of the song’s pained subject matter, while its instrumentation captures the turmoil of its emotions. Opening like a 21st century Motown track, it then rockets to life with huge thumping beats that place it directly in the present day, without losing any of the warmth that’s a key hallmark of his style.

Watch the video for ‘Who’s Gonna Love Me Now?’ - BELOW:

James’s powers of reinvention take on varying forms throughout the ‘Greatest Hits’ album. Stripped of its pop-leaning production and Nelly Furtado’s featured vocal, ‘Broken Strings’ is a far more sombre experience that gains a deeper emotional impact. His breakthrough ‘You Give Me Something’ has a more nuanced live feel, not only within the music but also with his now huskier, bluesy tone, while ‘I Won’t Let You Go’ takes on a fervent, gospel-tinged energy. And ‘You Make It Real’ is a particularly stellar example of James channelling all of the ups and downs that come with long-term relationships to sing a love song that comes straight from the heart.

Both versions of the songs co-exist very naturally together. The originals still have the freshness that they first had, but now they have a wealth of memories attached to them. Meanwhile, the newer versions show that a great song can evolve very organically over time, especially as an artist’s ability grows in tandem.

The ‘Greatest Hits’ album recalls many of the landmark moments of James Morrison’s career, with new versions of all five of his Top 10 singles included. His #1 albums ‘Undiscovered’ (5 x Platinum for 1.5 million sales) and ‘The Awakening’ are both strongly represented, but it also includes selections from ‘Songs For You, Truths For Me’ (#3), ‘Higher Than Here’ (#7) and ‘You’re Stronger Than You Know’ (#14).

After winning the BRIT Award for British Male Solo Artist early in his career, James was recently invited by the iconic songwriter Diane Warren to feature on her current album ‘The Cave Sessions, Vol. 1’ with Leona Lewis. It represents James’s second big collaboration of 2021 after his songwriting hero Paul Weller asked him to duet on ‘Broken Stones’ as part of his Live From The Barbican show, a collaboration with Jules Buckley and the BBC Symphony Orchestra. Their performance was released as the lead single from Weller’s upcoming album ‘An Orchestrated Songbook’, which will be released on December 3rd. He has also previously worked with Gary Barlow, Nelly Furtado, OneRepublic and Joss Stone. 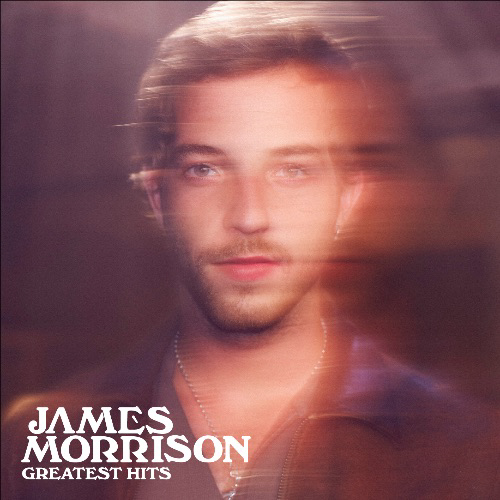 James’s ‘Greatest Hits’ tour dates are listed below, with remaining tickets available here. Later in 2022, he will co-headline Kew The Music with Will Young, and perform as special guest to Westlife (at Wembley Stadium).

2022 will see James Morrison tour the UK for the first time in two-and-a-half years when he hits the road with his first ever ‘Greatest Hits’ tour. Featuring his five unforgettable Top 10 hits (‘You...