Eagle Vision today announced the release of ‘Live Baby Live’, the seminal live show by INXS from 1991, on digital download, 4K Ultra High Definition Blu-ray, Blu-ray and DVD on June 26th. Blu-ray and DVD sets will also include a double CD of the newly remixed soundtrack and a limited edition reproduction Theatrical poster. The release follows the restored film’s hugely successful debut theatrical run in late 2019, playing on over a thousand screens from Sydney to Stockholm and London to Los Angeles.

The home entertainment release features the film presented in widescreen for the first time and in over 20 times greater resolution (on 4K UHD blu-ray) than the original DVD release. The full Wembley soundtrack is available in the Blu-ray and DVD bundles, plus ‘Shining Star’, the studio track recorded the day after the show in London which then became the lead single from the original live compilation album in 1991.

This masterclass in showmanship and musicianship has been meticulously restored over a twelve-month period from the original 35mm negative to 4K Ultra HD, and during the process, a previously thought lost performance of the ‘X’ album track ‘Lately’ was discovered and reinstated into the film, much to the delight of the fans.

To accompany the astonishing visual upgrade, the audio is now presented in Dolby Atmos and DTS-HD Master Audio (Blu-ray only), DTS 5.1 Surround and Dolby 5.1 Surround – all created by Giles Martin, the band’s Executive Music Director, and Sam Okell at Abbey Road Studios.

The physical packages feature new 4K-sourced photography from the show, new notes from the band and an essay by broadcaster and uber INXS fan Jamie East, who was in the crowd that day.

WATCH exclusive footage of the restoration process – BELOW: 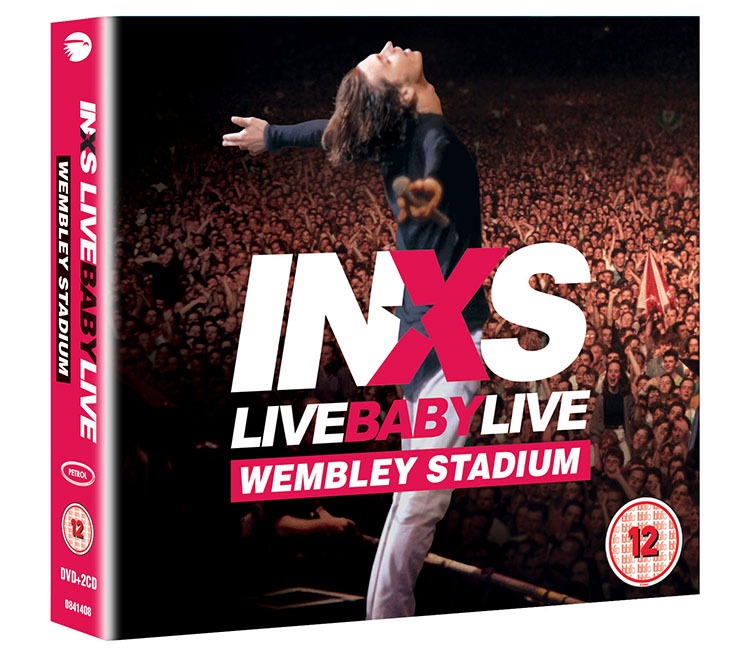 Once upon a time, two brothers started a band in Sydney, Australia. Through many twists and turns, chance opportunities, the band hit the very heights of the rock stratosphere. By century’s end, the band experienced […]

INXS ‘ALL THE VOICES’ 10 LP BOXSET OUT SEPTEMBER 1ST

We are pleased to announce the release of INXS – ALL THE VOICES, a 10LP deluxe Boxed Set housing all 10 key studio albums – re-mastered and packaged in exact replicas of 9 of the […]

Gearing up for the release of his first solo EP, songwriter Andrew Farriss has shared a new single today. The song, ‘All The Stars Are Mine’, is the perfect representation of what Andrew’s forthcoming EP […]