After five hit albums, a Mercury Prize nomination and countless sold-out shows with The View, the band’s frontman Kyle Falconer will release his debut album ‘No Thank You’ on July 27th on Riverman Records. Mark Millar catches up with Kyle to talk about the making of ‘No Thank You’ his time in rehab and how he's embracing a new life and outlook as a father.

Hi, Kyle so what made you decide that the time was right for a Kyle Falconer solo album?

I've wanted to do a solo album for the last five or six years, but whenever I brought the songs to The View, they weren't feeling some of them. I think it was because the songs were so personal to me and every time I did it was too late because we always end up going into a View album. It was just one of those times when I needed to my own thing. I've been touring on the tour bus with the boys since we were eighteen and it was getting a bit much I wanted a new start where I could be my own judge.

The songs on 'No Thank You' are very different from The View they are more melodic. Do you think that's why the band weren't feeling them?

I think a lot of The View songs are like that but with the whole View thing you've got to put in a guitar riff, a guitar solo and drums - it's all compact. Because the solo album is just me, there was no one there to tell me anything, so it was all about the vocals. With The View songs, if you had to strip them back, they are quite melodic anyway. I had this idea in my mind that I wanted every record to have strings on it and sound Beatle- esque.

The last time we spoke you told me you were going to produce the album yourself because you disagree with producers. Is that what happened?

Yeah, I produced it myself, and I had an engineer. Albert Hammond Jnr produced the last View record. He is great, and I'm a massive fan of The Strokes, but we had rehearsed thirty songs, and when we went into the studio he wanted us to rehearse demo songs that we didn't want to do which was a spanner in the works so for my album I'm doing what I want to do.

It’s quite a personal record particularly the first track and debut single 'Poor Me' with the chorus based on the Alcoholics Anonymous mantra “Poor me, poor me, pour me another drink.” It’s a very catchy tune with a dark subject matter.

I think that's what I always write even The View song Superstar Tradesman is quite dark. It sounds like a champion song, but that's what used to happen to us when we were younger. People would tap me on the head and say; "Go and get a trade, and you will go far." It's like a beautiful ignorance. Even when I was in rehab doing this ‘Poor me' thing it was the third time I had been there, but the only time I took it seriously. I was so fed up hearing this Irish guy saying every single day; “Poor me, poor me pour me another drink.”  I thought; “Fuck me I'm going to keep on hearing it if I keep coming back here." So I decided to make a song out of it and not come back. Unless they are super fans of The View people, don't realise how deep my lyrics are people think they are poppy songs. That's why I decided to strip things back for this record, so people have no choice but to hear the lyrics.

Did your time in rehab produce a lot of songs – apparently ‘The Therapist' was written there?

Yeah we were in class, and the guy who was taking the class gave everyone titles to write down, and he said ‘The Therapist,' and I decided to choose that to be a song. There was a lot of songs that were written in there because I was paranoid it was worse than I made it out to be. It was pretty bad; I was going through a dark time. I took life more seriously this time but before that, I never gave a shit, but my girlfriend got pregnant while we were in Thailand and shit became real. Previously I would spend four to six weeks there, but this time it was three months, so it was a big deal. For a while, I was a bit narcissistic even though the album is narcissistic because it's about me.

My favourite song on the record is 'Family Tree' I like the lyric "I'm putting bottles of whiskey and vodka behind me," "I'm working on the family tree." Even the video is full of joy which features you and your family on holiday in Thailand. It seems like you have turned a corner in your life and the hell-raising days are behind you.

Cheers man. It's hard but being given loads of money and opportunities when you are so young, you forget what life is all about. I lost my parents when I was young, so I was like a big wrecking ball taking everything out but still writing songs. You do get tarred with that brush, and everyone was saying " He's a ‘wreck head.'" But people don't expect ‘wreck heads' to write songs like I did they expect them to fall by the wayside and I never did that, so it does feel good to come out the other side. I did have genuine issues with drugs and alcohol, and it feels easy to write about it. Everyone knows anyway because it's been in the papers. When I first started writing songs when I was thirteen years old the songs were about love and hate but I never really felt hate, and I never knew what love was until my daughter Wylde was born and then I felt ‘real love' to quote the Beatles. ( Laughs) It does sound cheesy, but I feel I am on the right track now.

Will you be bringing your family on the road with you?

Because its a new project we've not got the big fancy tour buses like The View had yet. Even then I had my own room so that I wouldn't annoy anybody. The band was like "Get him to bed and lock him in like a caged animal." (Laughs) I've had my lass on tour before Wylde was born and she was perfect for me and keeps me on a level because we are both Beatles daft so we will lock ourselves in a room watch South Park and sing Beatles songs then the band would call and say " Lets go its time for the gig.” With The View, I feel we were signed so young, and I had lost my parents. I never had anybody to turn to so I turned to drugs and alcohol which is not what you are meant to do, and I think the band we a bit scared of what I was doing at the time they were like "Fuck that I'm not going to touch him with a bargepole.” So I never really had anyone looking out for me. That's no excuse I was on a mission to self-destruct, but now I appreciate what I've got, and I love my life I love my daughter and my fiancé, and I appreciate what my parents have done for me. It's strange, but you kind of have to go there to come back.

You have already played some live shows including dates supporting Liam Gallagher. How does it feel being on stage without the rest of The View?

It does feel strange sometimes even when The View release a new album there is a two-month process where we are playing new songs to new crowds and its a bit scary because there isn't a response to the new songs until the fans know them. I played Glasgow’s TRNSMT Festival a couple of days ago and I try and not play the songs that me and ‎Kieren Webster have written together because it doesn't seem right, so I do the songs that are personal to me that I've written on my own and when I do them the crowd goes mental but then I've got to go back to my solo stuff so its hard to work my set out. The View fans are entirely personal about everything and genuinely devoted to the songs and get annoyed if I don't play Same Jeans or Superstar Tradesman. Recently I have been getting a good reaction from the new songs, and I think I've come past that turning point that I'm not afraid anymore.

I read that Liam Gallagher was going to take the album title no thank you for his next album if you didn’t use it.

We were in Thailand and were listening back to the album, and there is a lyric in Family Tree that goes "No thank you..." and Liam said, " That's a fucking album title.” And I said "Its a bit close to "As You Were." And Liam said, "Well if you don't use it I'm going to for my next album.” So it was Liam Gallagher who came up with the title, and it makes sense because I recorded it all myself its like ‘don't thank anyone.'

You went through a dark period writing the songs but overall was it an enjoyable experience recording 'No Thank You'?

It was, but I did miss having my boys around. Basically when The View record an album its a holiday and we go away for a couple of months, so I missed the camaraderie. I did have a drummer and an engineer, but I did miss everyone, but I just got used to it. It was good having no one to answer to because we would have mental arguments in the studio about which parts should go in where.

For a while, I hated the fact that my band didn't appreciate what I was writing about. I hated that they would never mention it and they would never talk about the whole process that I was going through which was some really sad stuff. I think what I am grateful for now is the fact that I put the effort in when I was younger by learning to play the guitar and the piano it helped and I can write about my daughter.  A lot of people say to me “You were just lucky.” And I'm like "no!" I genuinely think that sometimes you have to go through hardship to be able to write stuff and I'm grateful for everything – I love life. 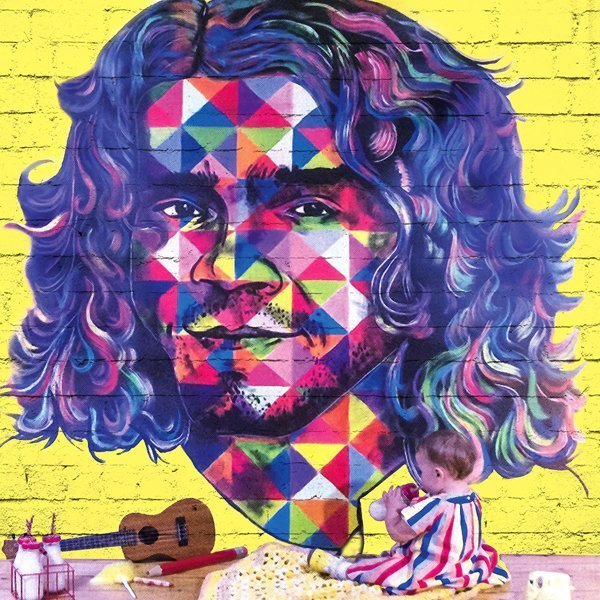 After five hit albums, a Mercury Prize nomination and countless sold-out shows with The View, the band’s frontman Kyle Falconer released his debut solo album ‘No Thank You’ late last year on Riverman Records. The...

Marking 25 years to the day since the first night of the record-breaking Knebworth 1996 concerts, today Oasis unveil the trailer for their eagerly anticipated cinematic documentary, released in cinemas worldwide from September 23 via...