Imagine Dragons teamed up with esteemed producer Rick Rubin to create Mercury - Act 1, a candid album that abandons metaphorically charged lyrics and instead embraces emotional extremities, holding nothing back. The title draws inspiration from the word “mercurial.”

“Wrecked” was written by lead vocalist Dan Reynolds, Wayne Sermon, Ben McKee & Daniel Platzman and produced by Imagine Dragons. “Wrecked” was mixed in Spatial Audio and is accompanied by a new lyric video - Watch BELOW:

The song is a powerful and raw outpouring about grief, loss, and moving forward. Reynolds started writing the song shortly after losing his sister-in-law, Alisha Durtschi Reynolds, to cancer.

“She was the brightest light. A beacon of joy and strength for everyone she met. Her sudden passing has shaken me in ways that I still am unable to express. I was with her and my brother when she passed, and it was the first time in my life that I had witnessed death in this way. It sealed into my mind the fragility of life and finality of this all. I’ve watched my brother face something that no one should have to. But I’ve also seen his faith bring him hope in a future with her. I can only hope for the same,” Reynolds says. “This song was my way of dealing with it all, as music has always been my refuge. No longer being a man of fervent faith, I can only hope that she hears it somewhere in a place where she is healed and no longer in pain. This song is my wish for an eternity with those that I love.”

The emotional intimacy of “Wrecked” continues to provide a glimpse into what fans can expect from Mercury - Act 1, the band’s first new music since their 2018 album Origins. Billboard revered that the recent releases of “Follow You” and “Cutthroat” marked the band’s return “with soaring ambition intact.” On launch day, both singles will be available in Spatial Audio.

“Follow You,” released March 12, reached No. 1 on both Mediabase’s Alternative Radio chart and Billboard’s Alternative Airplay chart. It marked the band’s quickest ascent to the top of the Billboard chart, surpassing the seven-week climb for “Natural” in 2018 and eight-week climb for “Believer” in 2017. “Follow You” is a love song written by vocalist Dan Reynolds upon re-marrying his wife after the couple had separated. “I wanted [the song] to represent a love that is realistic. One where love isn’t perfect, but it endures,” Reynolds said. The single’s accompanying music video, featuring Rob McElhenney & Kaitlin Olson of It’s Always Sunny In Philadelphia, offered a cheeky visual companion piece to fans and caught the attention of press. The video has amassed over 30 million views to date – Watch BELOW:

“Cutthroat” was released in conjunction with “Follow You” and “invites head-banging in line with its jittery, pseudo-industrial stomp,” Billboard wrote after its release. The gritty, cinematic video for “Cutthroat” stars Olivia Munn growing increasingly agitated at the DMV and visually depicts the song’s frenetic energy – watch HERE. 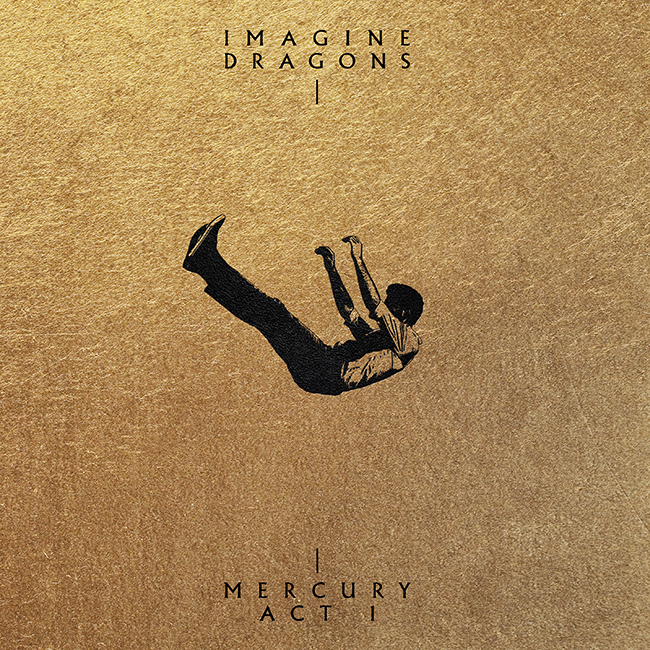 With their highly anticipated new album ‘Smoke + Mirrors’ out imminently, US chart phenomenon Imagine Dragons play ten UK arena shows this November including their biggest UK show to date at London’s The O2 on...

Today multi-platinum, GRAMMY® Award-winning band Imagine Dragons release a brand new single entitled “Next To Me” via KIDinaKORNER / Polydor Records, and also reveal summer US dates for their Evolve Tour. “Next To Me,” produced...

Imagine Dragons return with two new songs – “Follow You” and “Cutthroat” – and lyric videos to accompany each. Released today via Polydor/KIDinaKORNER/Interscope, the tracks mark the first new music from the GRAMMY®-winning, multi-Platinum band...