Melbourne singer-songwriter Gretta Ray today announces the release of her debut album, BEGIN TO LOOK AROUND which will be released on August 27th. A wondrous and empowering coming of age record, BEGIN TO LOOK AROUND chronicles the journey of a young artist navigating the winding lanes of womanhood, romance, heartbreak, travel and friendship

“This record is a documentation and celebration of the lessons I have learned about love, life and my unremitting passion for music as I’ve stepped into my early twenties. It is beautiful how much you change your mind throughout those formative years; things can always be seen from a different perspective, and when you’re immersed in incredible opportunities that see you travelling the world, falling in and out of love, and losing your sense of independence only for it to return stronger than ever before, it is only natural that your view of yourself and the world will be refined when you wake up, and begin to look around” says Gretta of her debut collection.

Following the March release of Bigger Than Me/ Readymade (Duology One), Gretta today unveils the second double A-side single to be lifted from the debut album, Human and Passion (Duology Two), the second pair of songs in her Duology series: songs drawn from the same thematic heart to find their own unique places in her expanding catalogue of deeply felt, lushly produced pop.

"Human and Passion are both very much songs about an intimate relationship," the 22-year old says. "It's been so interesting to write about this concept, one that I've unpacked in every possible way since I was much younger, and to feel as though my feelings surrounding it have grown up with me over the past few years."

The languid ecstasy of Human was captured in sensuous lyrics and sky-bound choruses with co-writer Ned Philpot and co-writer/producer Robby De Sa in Sydney.

"That was the best day when we wrote that song,” Gretta says. "I was on a really loved-up high, and Ned is the kind of co-writer who always meets me where I am in terms of whatever I'm feeling passionate about and helps me find a way to accurately express that through the music.” After dosing up on Kasey Musgraves' dreamy pop, Katy Perry's Hummingbird Heartbeat and an early demo of Charley’s newly released single Hard For Me, "it was one of those songs that just fell into the space. We didn't need to talk about it that much. We all just knew the feeling."

“Making the music video for Human was so much fun, because it’s a collaboration with so many dear friends of mine. Ben and I wanted to find a way to incorporate evocative natural imagery into the video to amplify the lyric in Human “your body is a landscape”, and with the creative input from the incredible Patternity based over in the U.K, we were able to do that in a really special way.” Says Gretta of the video.

Passion, co-written with Kyran Daniel (G Flip) and produced by Robby De Sa, needs less introduction for those who have followed Gretta's new chapter. Released as a teaser track last December, its propulsive rhythm and smouldering lyric gave notice of a bold new phase of pop sophistication matched by a video of delicious, elegant decadence.

At just 18, Gretta famously won Triple J Unearthed High and the prestigious Vanda & Young Songwriting Award for her high-rotation hit, Drive. Two EPs, Elsewhere (2016) and Here and Now (2018) have taken her from Falls and Splendour to her first shows in the UK and USA opening for artists such as Mumford & Sons, Gang of Youths, Lianne La Havas and James Bay. Now, at 22, her story truly begins. 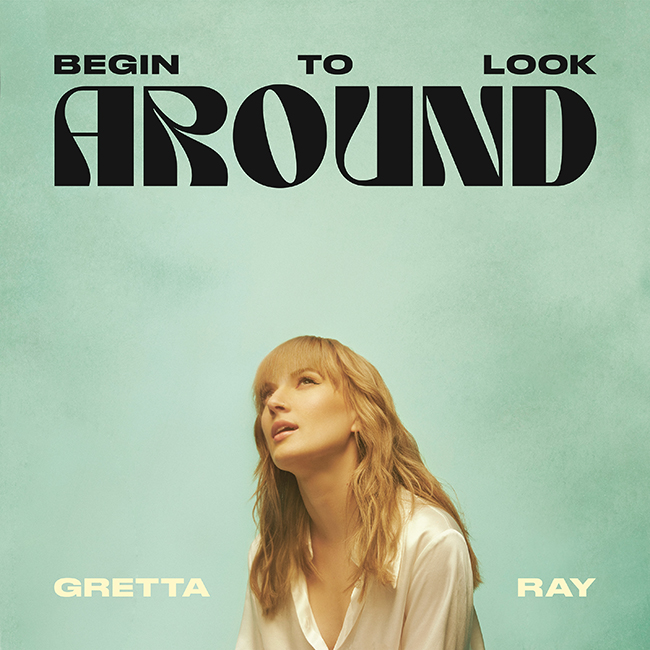 ‘BEGIN TO LOOK AROUND’ TRACKLISTING

Desire. Danger. Elegance. Glamour. Passion is a disarming twist in the rapidly evolving story of artist Gretta Ray: the first rhythmically propulsive, sensually loaded taste of a new chapter for the Australian songstress. "This is...

Common wisdom was never going to suit Gretta Ray. Her first release of 2021 introduces an innovative concept in new music sharing: Duologies — two songs joined in theme but creatively distinct, issued as a...