He’s best known as the larger-than-life man drummer for rock super-group Foo Fighters but it could have been also so different for Taylor Hawkins. Promoting his third album with his own group, Taylor Hawkins and the Coattail Riders, The Texas-born musician has revealed that he very nearly joined Guns ‘N Roses – but decided against it following some advice from the Queen drummer, Roger Taylor. 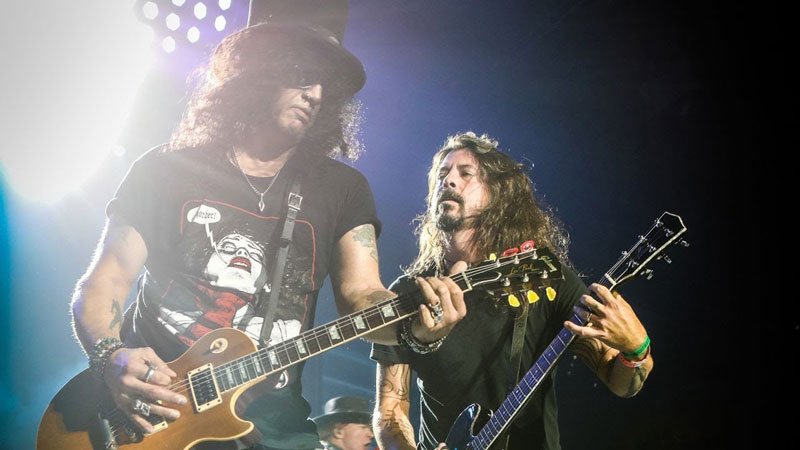 It must have been a tempting offer for Taylor Hawkins. Back in the early-2000s, Hawkins and the rest of his Foo Fighters bandmates were in London publicising their latest album, ‘There Is Nothing Left To Lose’. The album itself featured some well-received tracks with ‘Learn To Fly’ reaching number 1 in the US Alternative charts. But for Hawkins personally, things weren’t going well behind the scenes after a fracture in his relationship with the frontman, Dave Grohl.

It was at this time that Grohl had ramped up his relationship with Queens of the Stone Age, drumming for Josh Homme’s rock group. When Foo Fighters reunited, something was off and for the band’s drummer personally, things were at breaking point. Hawkins had effectively handed an ultimatum to Grohl about his place in the band so, when a phone call came from back home about a potential new opportunity, the Texas-born drummer certainly considered it.

The original call had come from a member of the Guns ‘N Roses management, as Hawkins retold.

“Axl [Rose] was trying to get together a new version of Guns N’ Roses, and I think he was checking around for people,” Hawkins went on. “They wanted to know if I would come in and try out or whatever. It was kind of otherworldly.”

It’s easy to see why he would say that. Guns ‘N Roses are unquestionably a member of rock royalty. The band only formed in 1985 but within two years, their debut album ‘Appetite For Destruction’ had reached the top of the billboard 200. They embarked on a remarkable spell of success which saw world tours and chart-topping rock classics.

They’re an inspiration for many. Guns ‘N Roses are one of the most influential music acts of the last 50 years. Rolling Stone magazine even named them amongst the 100 greatest artists of all time. Even to this day, their influence can be seen in rock music ever since like The Strokes who made a 2018 comeback as well as the Manic Street Preachers and even Foo Fighters themselves.

But their influence goes beyond music. The image of Axl Rose and Slash, in particular, is iconic. A quick look on Etsy will reveal there is no shortage of Guns ‘N Roses related merchandise. NetEnt has even produced a Guns ‘N Roses online slot. Suffice to say, Foo Fighters weren’t getting such honours back in 2001. 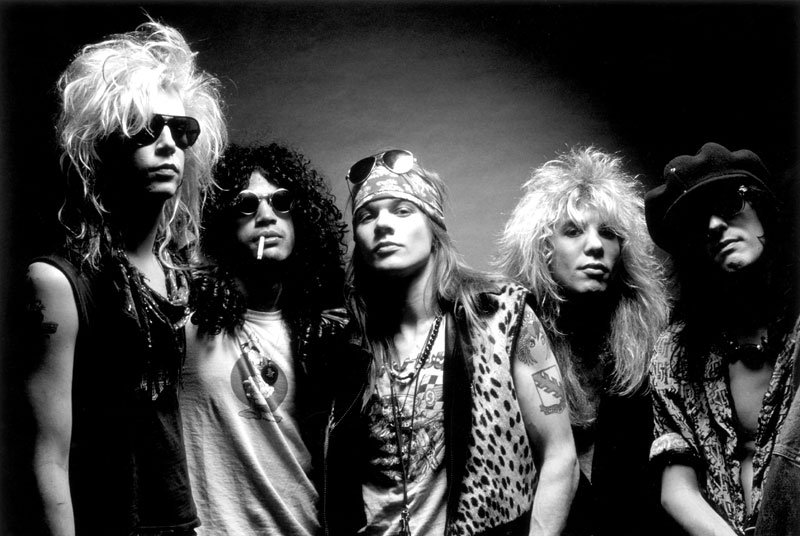 So, Hawkins sought advice. It came from an unlikely location – the drummer from another part of rock royalty. It was in the early-2000s that Foo Fighters struck up a friendship with the surviving members of Queen. Grohl and Hawkins, in particular, were major fans of the band and the Foo Fighters drummer turned to his Queen counterpart, Roger Taylor.

It turns out that Taylor himself had almost left Queen. Back in the early-1970s, Taylor was approached by Mott the Hoople singer Ian Hunt and the guitarist Mick Ronson, a member of David Bowie’s Spiders from Mars about creating a group. The rather imaginative name Hunter Ronson Taylor was proposed. Taylor considered the offer as Queen were about to take off but he couldn’t imagine not playing alongside singer Freddie Mercury or guitarist Brian May.

“And he said, ‘I see you and Dave onstage and there’s something you can’t buy there’.” Hawkins recounted.

“For all our trials and tribulations, Dave is like a brother. When we walk out on stage, every time we nod and look at each other and go, ‘Alright, here we go.’ We’re getting in the ring together.”

It’s a fascinating story from Taylor Hawkins and it’s easy to see why he was tempted to join Guns ‘N Roses. They’re one of the most iconic rock bands of all time and still have a major influence on popular culture today. Things might have been all too different for Foo Fighters had he decided not to heed the advice of the Queen drummer, Roger Taylor. But Guns ‘N Roses got by just fine without Hawkins. The band are still playing today and as this clip from Radio X shows, they even performed alongside Foo Fighters on stage in 2018.

Today the band that shook Slane Castle and the world with their historic return in 2017, Guns N’ Roses have announced dates for 2020 – the next step in their phenomenal career. Making stops in […]

There is nothing quite like the thrill of live music. Seeing a great band in a packed venue full of adoring fans is just amazing, with the crowd often generating an atmosphere and feel that […]