Deftones’ feverishly anticipated new album Ohms, arrived on September 25th to widespread acclaim. It is a magnificent tour-de-force and their first album in 4 years since the critically acclaimed Gore LP in 2016.

Gojira has challenged itself and heavy music since forming in 1996. Metallica, Slayer, and Mastodon have all invited the band on tour in addition to show-stopping festival performances at Download Festival, Rock on the Range, Slipknot’s KNOTFEST, and many others.

Tickets €71.70 including booking and facility fees go on sale this Wednesday at 9 am via Ticketmaster. 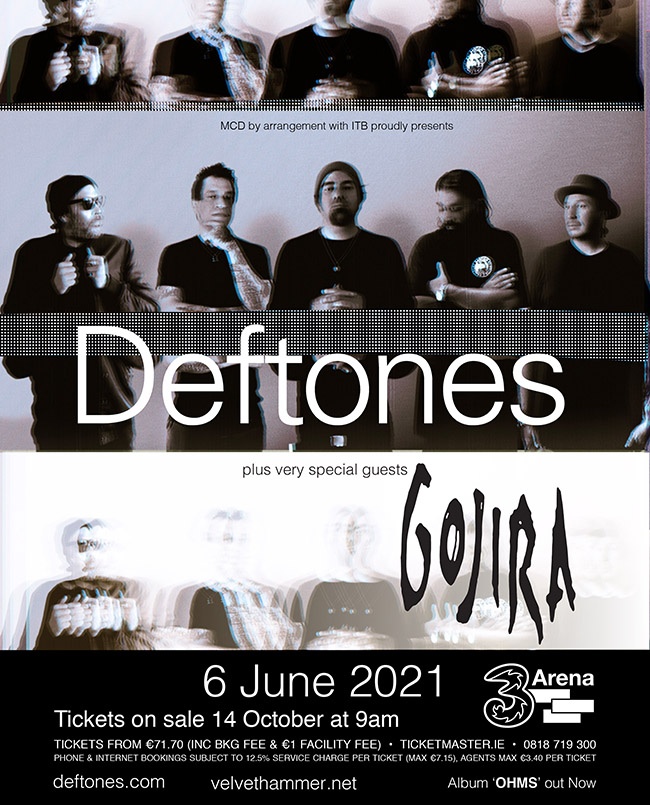 Following her, on stage performances with Picture This over Five SOLD OUT Dublin 3 Arena shows. CHARLOTTE drops her new single ‘Nervous’ taken from the ‘Nowhere To Hide’ EP out on 3rd May and announces a headline Dublin show at The Grand Social on July 02nd (On sale...