Dan Croll today announces a string of lives dates for Spring 2020, including shows in London, Paris, New York and L.A. Ticket pre-sale available from 10 am today, general on-sale from 10 am Friday 31st January from www.dancroll.com

These new live dates come off the back of Croll’s welcome return last week, with the release of double A-side single ‘Yesterday’ and ‘Stay In L.A.’ through Communion Records. Tying in with the live announcement today, he unveils the video for ‘Stay In L.A.’, fittingly shot in Echo Park, Los Angeles. Watch it here – BELOW:

The simultaneous release of ‘Yesterday’ and ‘Stay In L.A.’ follows a two-year hiatus after the release of his second album ‘Emerging Adulthood’, which saw Croll, like many in the latter half of their twenties, question the very fibre of his being; career; relationships; life choices; future; – he upped sticks and moved to L.A. on a whim and hasn’t returned. The resulting transition to life in California, going back to basics with his songwriting and taking inspiration from the music that truly inspired him ( James Taylor, Burt Bacharach, Joni Mitchell), many of which are part of Laurel Canyon’s musical heritage, bore these musical fruits and a new chapter for this prolific songwriter.

Speaking about the experience Dan explains, “ The past two years have been a rollercoaster, starting from scratch, alone in a different country, but I’m so happy to have come out the other end with this collection of songs. These first two tracks really set the scene for the story of my first year in America, what I was going through mentally and physically, and how the decision to move came to light.

Feels great not only to be back on the music scene but to be doing it with songs that I finally feel represent the influences and music I truly love. Both of these tracks mark a fresh start, and though I’m far away from Liverpool they both still draw directly from the sounds and experiences of home.”

Over the course of 2020, Dan Croll will be releasing new material in couplets like this, which chronologically document the results of the seismic decision to move from Liverpool to L.A. From the impetus to go, the reason he stayed, to the people he met and the universal challenges he had to deal with along the way. It all begins with ‘Yesterday’… Produced by Matthew E. White at Spacebomb Studios in Richmond, Virginia, ‘ Yesterday’, is a sweetly soulful hymn to a Beatle (title, deliberate), full of regret, intimate vocals and strings vocals layered in a cosmic wonder. 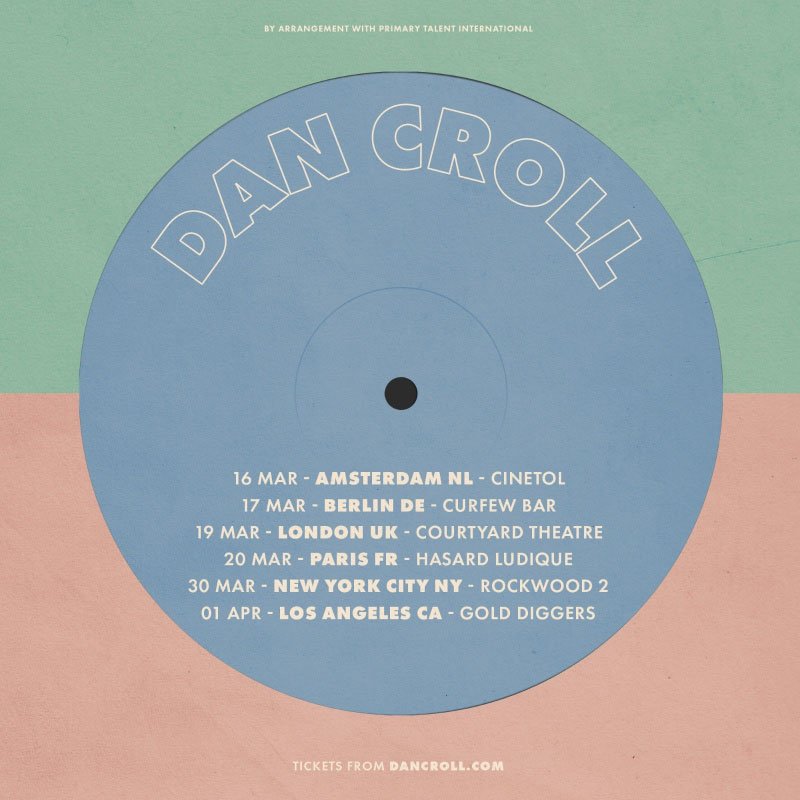 “I was picked by my tutors and classmates at LIPA to do this writing session with Paul. But the day before was a nightmare: I had something on in London, a songwriting competition that didn’t finish till midnight. And I was a broke student so I had to get the night-bus, arrived in Liverpool about half seven in the morning, and went into this session exhausted and unprepared. It went by so quickly that afterwards, I was so angry with myself for not making the most of it – not asking the right questions, not showing him more material.

“It had always frustrated me, and it wasn’t until more recently that I fully grasped how good he is – I’d ignored The Beatles a bit because I’d grown up in Liverpool surrounded by them. And that realisation was partly what drove me to move to LA and try hone my own personal songwriting.” “Paul, do you remember me? / We shook hands a few times, you made the drive despite demand / Say, could you come back to me? / ’Cause there are things that I regret, too much dwell and too much fret…” ‘ Stay In L.A.’ – the second of the simultaneous releases – is a rousing, contemporary piano ballad documenting the reason Dan never returned from this fateful visit to the U.S. A previous encounter with musician/podcaster and now friend Danny Carissimi led to this most monumental decision to stay in L.A.

“This is to do with Danny’s invitation. We’d done a little American tour in October/November 2017 and arrived in LA, played this show, then had to fly back the next night. And I’m terrified of flying, and Danny’s girlfriend had got me something – not Xanax but something like that – to put me out for the duration of the flight and calm my anxiety. But it had the opposite effect: what if I don’t wake up? “And that’s what Stay In LA is about: don’t step on that plane, let’s just stay in LA.”
This is the first of many postcards from L.A.

With his long-awaited third album ‘Grand Plan’ set to arrive on August 21st through Communion Records, Dan Croll has now unveiled the new video for his latest single ‘So Dark’. Recorded exclusively in the backseat […]