Today sees the release of Particles, the third track from Damon Albarn’s second solo album The Nearer The Fountain, More Pure The Stream Flows out 12th November on Transgressive Records.

Particles is the uplifting final track on the album and originated in a chance conversation between Albarn and a fellow passenger on a plane bound for Reykjavik, one which covered the disruption of the pandemic and the acknowledgement that disruption is impossible to maintain as peace always prevails. The song follows the recent release of the album’s tone-setting title track plus its euphoric follow-up Polaris, which is currently A-listed on BBC 6 Music.

To accompany the song’s release, the second in a series of special, cinematic films entitled ‘Sublime Boulevards - Performance Films’ is available today - Watch BELOW:

Following two acclaimed festival shows in Manchester and Edinburgh this summer, as well as a special guest appearance at Latitude, Albarn will take the stage this weekend as a special guest headliner at the sold-out End of the Road Festival.

The Nearer The Fountain, More Pure The Stream Flows is the new studio album from Damon Albarn, out 12th November 2021 on Transgressive Records. Originally intended as an orchestral piece inspired by the landscapes of Iceland, 2020 saw Albarn return to the music in lockdown and develop the work to 11 tracks that further explore themes of fragility, loss, emergence and rebirth. The result is a panoramic collection of songs with Albarn as a storyteller. The album title is taken from a John Clare poem Love and Memory.

In a career of perpetual musical shifts and exploration, the record uncovers more ground, finding expansive orchestral arrangements nestling with intimate melodies, discordance brushing up against infectious majesty, all set to some of Albarn’s most arresting vocal performances to date. Much like the beauty and chaos of the natural world it soundtracks, The Nearer The Fountain, More Pure The Stream Flows vividly documents the emotional ebb and flow of the human condition, in all its extremes, serving as a soul-enriching document for our times.

The tracklisting for The Nearer The Fountain, More Pure The Stream Flows is: 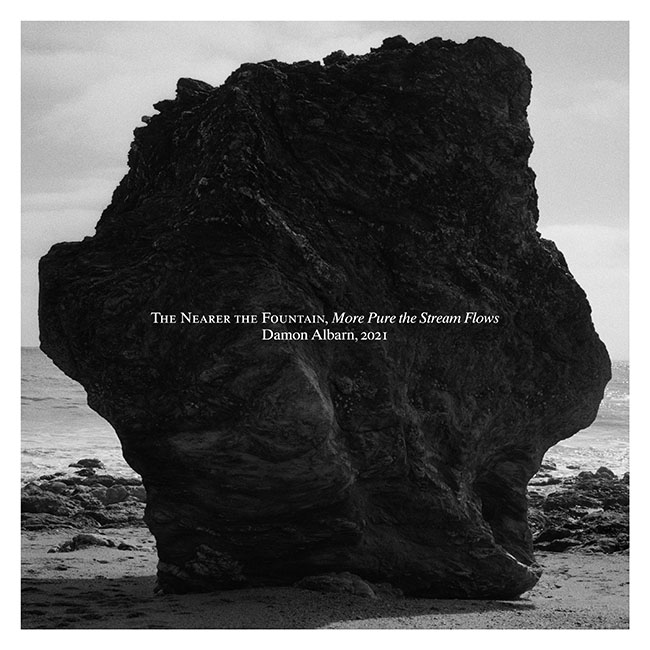 Alongside a digital release, there will be limited edition vinyl formats, plus CD and cassette. There will also be a deluxe version of the album, taking the form of a casebound book with additional photography, original scanned lyrics and artwork from Damon, alongside a white vinyl version of the album, a high quality digital file and a bonus 7” featuring an exclusive song from the recording sessions.

Courtney Barnett continues to set the music world alight with her debut album Sometimes I Sit And Think, And Sometimes I Just Sit which is out now, and there are no signs of her slowing...

Damon Albarn will perform a very special one-off show at the iconic Globe Theatre on the banks of London’s River Thames on Monday 20th September 2021. Ticket information here. Accompanied by his band and a string...

"Lonesome Street," the third and final track from blur’s new album The Magic Whip to be revealed to fans ahead of release, is available now. The track follows Friday night’s packed secret show for 300...