Following directly on from the warmly received ‘The Letter A’ released last Autumn, the Northern Irish indie-pop quintet make a fresh-faced return with a jubilant new single and confirmation of a 7 track EP: ‘A Cure For Living’, to be released via Xtra Mile Recordings on 14 February 2020.

Inspired by characters imagined by 80s indie veteran Lloyd Cole in his timeless ‘Jennifer She Said’ track, Brand New Friend’s ‘Nothing Stays The Same’ finds the band musing on just what may have happened next for its lovelorn protagonist… As the band explain:

“'Nothing Stays The Same' is a love song constantly shifting perspective between two people. It's the sound of two people who love each other deeply but who know they're running out of distance. It's framed in the Botanic area of Belfast, in the old Botanical gardens near Queens University. In the rain, of course. I was heavily inspired by Lloyd Cole on this track, I love the way he colours his world so you can see who he's singing about when you close your eyes. The girl in this song is Jennifer, from 'Jennifer She Said'. Hopefully it all works out for her…”

‘Nothing Stays The Same’ is taken from upcoming EP, ‘A Cure For Living’, the band’s first extended studio collection since their debut album ‘Seatbelts For Aeroplanes’ back in 2018; a release championed by The Irish Times as “an impressive collection of well-crafted bubblegum power-pop”.

Check out ‘Nothing Stays The Same’ - BELOW:

Losing none of that trademark pop punch and feedback fizz, ‘A Cure For Living’ finds the Northern Irish five-piece on fine form and bursting with energy and exuberance. Centred as always around the disarming songwriting and lilting harmonies provided by brother and sister Taylor and Lauren Johnson, yet performed by a band who’s propulsion into the spotlight since their bedroom pop days has notably sharpened them in all departments and instilled a tangible hunger to excite with the next chapter in their story. From the roller coaster clatter of ‘She Always Comes Up Smiling’, to the sugar-coated rush of ‘The Karma Party’, the tender balladry of ‘You Can’t Know Everything, I Don’t Know Anything’ and anthemic closer ‘Plastic Flowers’; like the friend you’ve always known, the Castlerock quintet’s new EP is at once familiar, but still always knows how to surprise you.

Following their ‘Nothing Stays the Same’ tour in Ireland in the Autumn, Brand New Friend now look to take their incendiary live show back out on the road this Winter/Spring with a crop of UK+EIRE headline shows in support of the ‘A Cure For Living’ EP. The band headline Belfast’s Oh Yeah Music Centre as part of Independent Venue Week on 31 st January and a hometown gig at Kelly’s Bar in Portrush on 7th March with more dates to be announced soon. 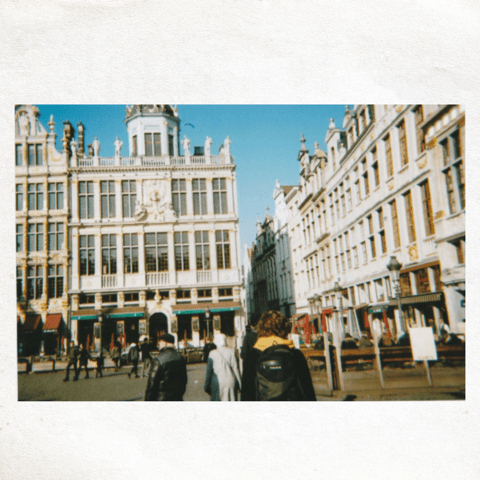 Brand New Friend’s debut album ‘Seatbelts for Aeroplanes’, was released through Xtra Mile Recordings (Skinny Lister, Get Cape. Wear Cape. Fly.) in 2018. The album spawned several singles including ‘Girl’, ‘I Was An Astronaut’ and the title track, all of which garnered plays on the likes of Annie Mac, Huw Stephens and Phil Taggart shows on Radio 1, John Kennedy on Radio X and 6 Music’s Steve Lamacq as well as sessions and interviews on the Across The Line show on BBC Ulster.

With the album’s success propelling them to ever greater stages and bigger audiences, Brand New Friend have embarked on numerous headline tours both in the UK and Ireland, whilst also being invited to share stages with big-hitters the likes of Snow Patrol, Ash, Starcrawler, At The Drive-In, Pretty Vicious, RAT BOY, Feeder and Xtra Mile Recordings label mate Seán McGowan. With a reputation for a kick-ass festival set, the five piece have impressed at a host of major festivals including Reading & Leeds, 2000trees and many more. Releasing their new EP: ‘A Cure For Living’ early this year, expect to see the band tearing up a festival field near you in the not-too-distant future….

Fresh from a UK tour with Pretty Vicious and Irish dates with Feeder, BRAND NEW FRIEND release the title track of their forthcoming debut album,' SEATBELTS FOR AEROPLANES’. The band have also been confirmed for...

Exactly nineteen months after the postponement of their last headline show in Belfast, Brand New Friend are ready to take to the stage once again. Following the release of their EP ‘A Cure for Living’...

Northern Irish quartet BRAND NEW FRIEND release a new single ‘Girl’ today, Tuesday 6th February. This is the first track to be taken from their debut album ‘Seatbelts for Aeroplanes’ which comes out on 27th...