On this weeks XS Noize Music Podcast is the very talented singer and actress Bronagh Gallagher. Rightly regarded as one of the great soul voices in Ireland, Bronagh Gallagher was raised in Derry and now lives in Dublin. At the age of 17, whilst still a St Mary’s schoolgirl, she was cast as Bernie McGloughlin in Alan Parker’s film about a Dublin soul band, The Commitments.

Since then her music has alternated with film roles (Pulp Fiction, Star Wars Episode I: The Phantom Menace, Sherlock Holmes) plus theatre work (War Horse, The Street Of Crocodiles) and TV drama (Pramface, The Street, You Me And the Apocalypse). However she maintains a special place for singing, writing and performing music.

Bronagh has recently released her 3rd album of new material called Gather Your Greatness and joins Mark Millar to talk all about it.

Listen to XS Noize Podcast: #13: Irish singer and actress Bronagh Gallagher talks about her album ‘Gather Your Greatness’ BELOW:

This weeks featured track is ‘Lost And Found’ from Birmingham’s Glenn Smyth. The track is from his forthcoming EP ‘A Sense Of Freedom’. 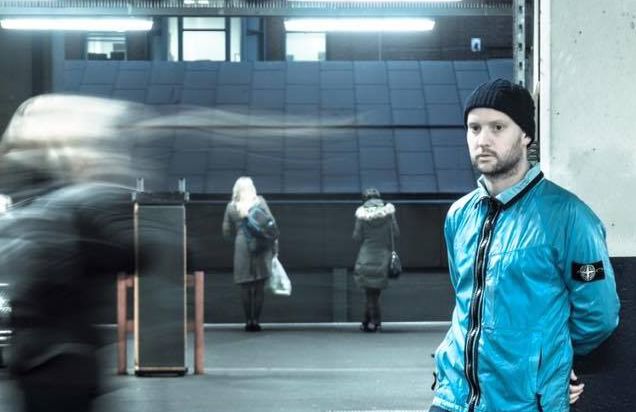 Mixed by Owen Morris (Oasis, The Verve) and produced by Dave McCabe, ‘Lost And Found’ is the follow up to ‘Dead To The World’ and ‘What Have I Done To Deserve This?’, which received support from the likes of BBC Introducing, Amazing Radio, This Feeling and XS Noize.

After a youth spent playing football for Derby County, a near career ending fractured fibula and tibia meant Glenn had time on his hands. This resulted in him picking up the guitar for the first time and his journey into music began. After a few brushes with the law as a misguided teenager, the guitar was picked up again, but this time a love of songwriting was born, specifically writing gritty songs that are somewhat lacking in today’s world of beige. Two cult Birmingham bands in Escobar and Evil Alien followed which bought parallel levels of success in two very different worlds. Escobar – an up tempo rock n roll band in the mold of Oasis and The La’s, and Evil Alien – soundscapes, beeps and synths influenced by the likes of Cabaret Voltaire and Depeche Mode, championed by Zane Lowe, BBC Radio 1 and Q Magazine.

On episode #40 of The XS Noize Music Podcast, Mark Millar catches up with the iconic Gary Numan, who is set to release his brand new album ‘Intruder’ on May 21st. ‘Intruder’ is Numan’s 18th...

The Ship, the new album by Brian Eno, will be released on Friday 29th April 2016 via Warp Records. The Ship is Eno’s first solo record since 2012’s Grammy-nominated LUX. Originally conceived from experiments with...

On episode #36 of The Xs Noize Music Podcast Mark Millar catches up with The Coral's Nick Power to discuss their first ever double-album ‘Coral Island’ - Listen BELOW: Listen via Apple Podcasts | Spotify...