Building on the success of her current single I Want Your Soul, CAKE features the stellar line up of Gerry Leonard on guitar (David Bowie), Yuval Lion (David Byrne) on drums, Rob Calder on bass (Angus and Julie) and is fronted, produced and engineered by Pamela Sue Mann.

An intimate vocal underpins a dreamscape landscape of CAKE from the New York songwriter to create a sophisticated bee, floating around your speakers, hopping from blossoming musical orchid to orchid.

To borrow from Virginia Woolf, Pamela Sue Mann’s playful and ethereal yet profound lyrics are like “the light of a butterfly’s wing lying upon the arches of a cathedral.” There is a lightness, almost gaiety in Cake, yet there is weight and heft and gravity and timelessness too. She lyricizes about cake, but also about the universals of temptation, mistakes, and learning in the hardest ways.”

Watch the video for ‘Cake’ - BELOW:

Mann emerged out of the ‘Berklee School of Music’ Boston MA in the 1990s. Mann has been composing music since early childhood and her college professors recognized her fluency with poetry and encouraged her to explore this gift rather than pursuing a path of conventional song writing.

As a performer, her first venture into the public eye was as the keyboardist for The Real McCoy (Arista), a German Eurodance band that toured the US and Europe, becoming Arista Recording

Artist and Viva TV’s #1 Pop Act of 1995. The band’s song ‘Another Night’ became a global top 40 hit, and their television appearances included MTV’s The Grind, the Viva TV Awards, and Pop Komm among others.

Returning to collaborative work before continuing with her solo recordings, Mann sang on several tracks of Suzanne Vega’s ‘Songs in Red and Gray’ album, produced by Rupert Hine, in 2002.  Mann continued to participate in a European and US tour in support of the album. Mann’s backing vocals are also heard on Vega’s ‘RetroSpective’ album and Gerry Leonard’s SPOOKY GHOST ‘The Light Machine’ album. Mann’s song ‘I Quit’ was featured in the 1999 film ‘Story of a Bad Boy’, produced by Woody Allen’s film company. Mann was chosen to sing a cover of songwriter Fiona Kernaghan’s ‘Hello Spaceboy’ on the multi-artist collaborative album ‘Feeling Fiona’, released in Australia on Red Rebel Records. ‘Hello Spaceboy’ was co-produced by Mann and Mark Plati (David Bowie). 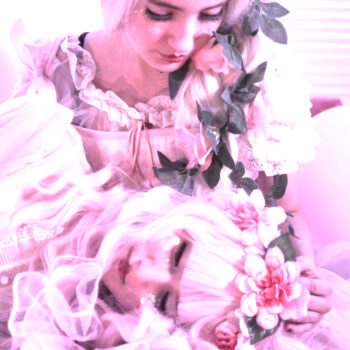 The QUEENTOWN ‘Beautiful Sun’ EP had an outpouring of rave reviews.

As part of her UK debut release on Maniac Squat Records, Mann recently toured the UK as a solo act, opening for Richard Strange and his all-star band performing the songs of Lou Reed. She continues to perform her music in New York City and internationally.