This incredibly moving video is a short film made by Ollie Smith, accompanying and inspired by the track 'Chasing Rainbows' from the debut album by Hightown Pirates.

It is already being picked out as one of the album highlights and after being played at halftime at Anfield, home of Liverpool FC, filmmaker Ollie Smith was inspired enough to approach Simon and Hightown Pirates with a treatment for a short film to accompany the track.. this is the result. The inspiration behind Simon Mason's song is in the form of a letter from a dad to his young daughter, trying to explain a little how he sees the world, good and bad. "Maybe we feel the same way too" in the first verse .. an invitation to consider we are all so similar in a world that can appear so divided.

The location for the shoot was Wapping old steps ( where Roger Sargent also shot the video with The Libertines for You're My Waterloo') and one of Simon and Tabitha's favourite places in London, refered to in the lyrics, where they can regularly be spotted seeking out their 'pirate treasure' at low tide #dadsanddaughters

"We found our pirate treasure, down Wapping old steps, way after dark"

Check out the video for 'Chasing Rainbows' BELOW:

‘Dry And High’ is the debut album from Hightown Pirates. Fronted by musician and writer Simon Mason, Hightown Pirates is a project from Simon's heart and soul. His friendship with songwriter Mick Head (Shack), once dubbed Britain’s greatest songwriter by the NME, provided the inspiration and spark; "you can do this Simon (Just fuckin do it La ...)". The Pirates were conceived in Weston-Super-Mare, developed via Liverpool with first steps opening for Mick in Hackney, went on adventures in Europe with The Libertines in 2016, then performed as a guest of Peter Doherty on his Eudaimonia tour in the spring of that year.

The front cover of 'Dry And High' is from an original canvas created by Peter Doherty for Simon. 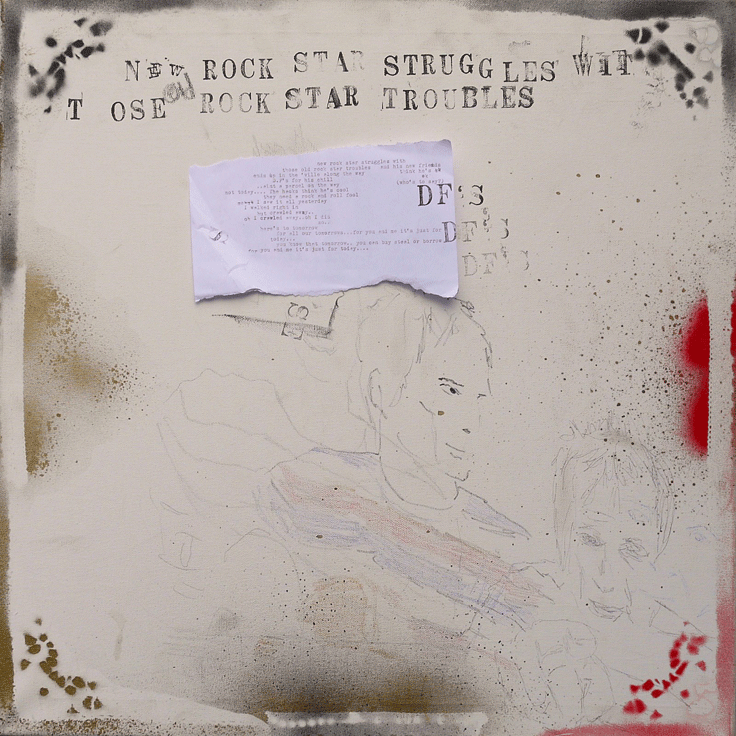 Simon Mason is best known for his critically acclaimed memoir 'Too High Too Far Too Soon', recounting his numerous decadent adventures at Glastonbury Festival and the notoriety achieved during his stint as a personal chemist to the biggest bands of the '90s. His experiences, creative energy, working with and informing artists and people in recovery are expressed through his songwriting. Survivors with stories to tell, stories of love, loss, despair and redemption, it’s big stuff, powerful stuff - “So come on climb in, we know how it’s been.”

The Hightown Pirates’ formed by Simon Mason release their debut album Dry and High this month. The conception began through Mason’s friendship with Mick Head (Pale Fountains and Shack) in Liverpool and also a tour...