Following on from the release of his highly-praised offering ‘Crown’ last year, emerging singer and songwriter Flynn Marks now returns with his beautifully sweeping new single ‘Waiting For Us’, lifted from his forthcoming new EP ‘Cold Comfort’.

Much like his work to date, ‘Waiting For Us’ sees him conjure a simple and stripped-back aesthetic, allowing us to truly appreciate his rich and uplifting vocal performance. Using little more than an acoustic guitar and his own spectacular voice, his newest delight sets the stage for his upcoming EP release and spells huge promise for what we can expect in the months ahead.

Speaking about the new single, Flynn said, "Waiting for us is one of my favourite tracks from the EP. It takes the lyrical stance from a situation where you feel uncertain about an entire relationship, and therefore you begin to wonder if things will ever move forward, or if you’re just stuck in a stagnant position."

Watch ‘Waiting For Us’ - BELOW:

Although he has only just begun to dip his toe into the world of mainstream music, singer and songwriter Flynn Marks has been affiliated with all aspects of the industry for most of his life. After being discovered at the age of 5, he was invited to join one of the world’s best youth choirs. Touring the world to an extent that most emerging artists would dream of, he felt that while the experience was incredibly valuable to his understanding of music and performance, he always felt that a solo project was always at his heart.

It was at the age of 10 when he began his classical training, and at 13, he had already begun to write his own music. Learning first on the guitar before moving to the piano at a later stage, Flynn was quickly learning the ropes of how to compose a song professionally and it was this uncompromising drive and talent that earned him a place at the coveted Brit School at 16 years old.

“Songwriting and performing is a therapeutic process for me, I write songs from the heart, encapsulating raw honesty, feelings and experiences in my life. I have been influenced by a number of artists including Matt Corby, Damien Rice and Adele, Lady Gaga & The Black Crowes, all who helped me to craft my music and sound.”

While the school is most known for its world-famous alumni such as Adele, Amy Winehouse, Kae Tempest, Loyle Carner and many more, Flynn Marks was hardly a talent simply fleshing out the classrooms. Sharing the corridors with the likes of Jade Bird, Rex Orange County, and RAYE, it was clear that he was very much at the centre of the next big crop of British artists who were already beginning to make waves in the industry. 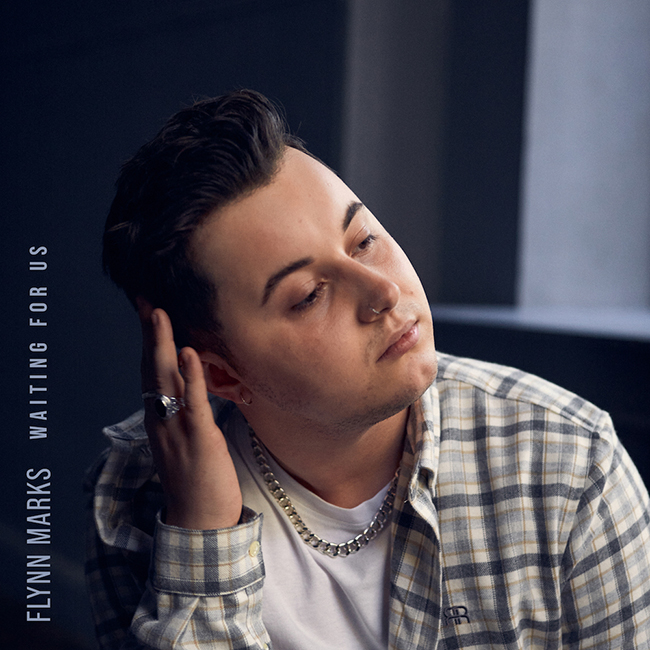 But while Brit School formed him as a creative individual, the vast majority of his inspiration would come in 2018 when he graduated from the academy to begin his degree at Goldsmiths University.

Flynn Marks is a songwriter who ultimately wants to connect with his audience. While most of his music comes from a personal place, he always looks to add a more relevant and relatable view of his experiences, allowing the listener to feel his emotion throughout and imprint their own feelings into every song.