Though we set out to make the music in "Horsefoot" sound expansive, the lyrics are about feeling claustrophobic and restless, both physically and psychologically. It's a song about having a constant undercurrent of anxiety, to which I think a lot of people can relate these days. After years of writing alt-country and indie-rock songs, we decided to do a more exploratory record this time around.

"Horsefoot" is Lowlight trying our best to channel something of Fela Kuti into our music. We wanted to write a song that both never strayed too far from a one-part groove but still manages to be dynamic and interesting the whole way through. It was also our first experiment of incorporating an MPC2000XL sampler into our songwriting process, which has now become an integral part of our new material and live set. We had a lot of fun putting this song together. And although I'm always on some dark or existential lyrical agenda, I do hope the excitement we shared while creating "Horsefoot" also extends out to the listener.

Listen to the exclusive XS Noize premiere of "Horsefoot" - BELOW:

For Lowlight, the ideas of band and family are inseparable – for them, playing music together is more than an artistic or commercial venture, but a way to form and strengthen a community. Keyboard player Dana Sellers, wife of guitarist and engineer Derril Sellers, says, “In my experience, the bond shared between bandmates comes through a combination of performing live, songwriting, and travelling - a relationship that lurks between family and friends, but is unlike either.

The fact that I also get to share that special bond with my husband, is something I am overwhelmingly grateful for. I am not a spiritual person, but the shared energy of your bandmates on-stage, and the audience off stage is nothing short of addicting.”

Endless Bummer, which will be released by Telegraph Hill Records, with vinyl distribution by Gruesome Twosome on August 16, 2019, is Lowlight’s second full-length studio LP and represents the realization of the promise of their earlier releases. The record is a departure for the band, in that most of the songs were written almost entirely while in the studio to focus even further on fostering a collaborative, democratic, and communal environment.

The result of this experimentation expands on Lowlight’s use of synthesized textures and intricate poly-rhythms while remaining grounded in their country-inspired roots. “We tried recording these songs as they were being written,” Derril says, “without putting them through the rigours of live performance first. We're confident enough to try these things now. I feel our songwriting has progressed. We're proud parents.” Dana adds that “for the first time with this release, we sound like who we were growing up to be all along.” 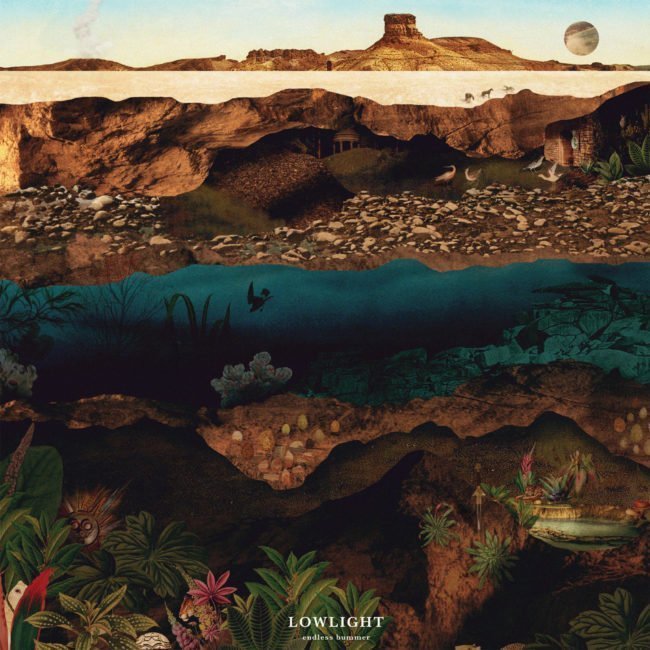 Describing her inspiration for the lyrics, Renee says, “I had been living in a really small, shitty studio apartment that was very uncomfortable to be in. I was in a toxic situation with a dude and I was also stressed out about making money. My one source of solace living there was a small sliver of the ocean that I could see out the window of my bathroom shower. That’s when I knew I wanted Lowlight to make a summertime record for people to play in Asbury Park in its peak tourist season, on the beach, in the posh bars as well as in our local haunts. I wanted it to sound lush and warm and beautiful. And I wanted it to be very, very sad.”

Musically, Endless Bummer sees Lowlight’s restless sonic experimentation moving further into new territories, such as the incorporation of looped samples on “Horsefoot”, stadium-sized rock on “Coastlines”, and a Pet Sounds-style “more is more” approach to layering sound on tracks like “Every Time”, which Colin describes as their most dynamic song yet, a massive sonic tapestry with “Five drum sets, countless synths, weirdo horns, a loon, it's all in there...”