Northern Irish rockers Therapy? have announced their latest album and 30-year anniversary of the band with Greatest Hits (The Abbey Road Session) due for release on March 6th, 2020.

Distilling the essence of what makes Therapy? what we are isn’t easy. Anyone familiar with the 30 years of the band’s history and numerous releases will be aware we have a broad range of musical taste and we’ve never been a band easily pigeon-holed. Putting together a representative package would be a nightmare and would likely involve a box set. In the end we decided to go for a take on the Greatest Hits format only and instead of compiling the tracks from previous releases we thought it would make things more current if we went into the famous Abbey Road studios and worked with the legendary producer, Chris Sheldon, a friend who has collaborated with us successfully over the decades. The Greatest Hits are just that. Our twelve most successful top 40 UK singles.

We’re proud of these songs and are excited by how fresh they still sound today.

We hope these tracks will comfort those already familiar with them, remind estranged friends that it’s time they got back in touch and show younger listeners how a bunch of misfits use chaos and melody to get through life and its toughest challenges. Timeless rock songs recorded in a magical studio by an icon of music production. What more do you want?

Therapy? has never stopped moving in our 30 years and are always writing and ready for the next phase but in 2020 we’d love everyone to join in our celebrations of three decades of noise and adversity. This album is your invitation. Love, Therapy? January 2020.

Alongside the 12 tracks, the CD edition comes with a second disc. This 15-track (containing 1 song from each of the bands 15 studio albums) ‘official’ bootleg is culled from the band’s personal archives and features a selection of previously unheard live recordings spanning 1990 to 2020.

Other available pre-order products include a signed limited coloured vinyl, 30 limited edition test pressings, signed CD (including official bootleg), limited t-shirt and 30 handwritten lyric sheets of Die Laughing, Nowhereand Turn. Amongst the Pre-Orders, the band will be hiding three Golden Laminates for lucky fans to find. The laminate allows the holder plus one to attend any of the bands' headline shows between March 2020 and March 2021. A great experience for any fan, for more info please see the bands pre-order page. 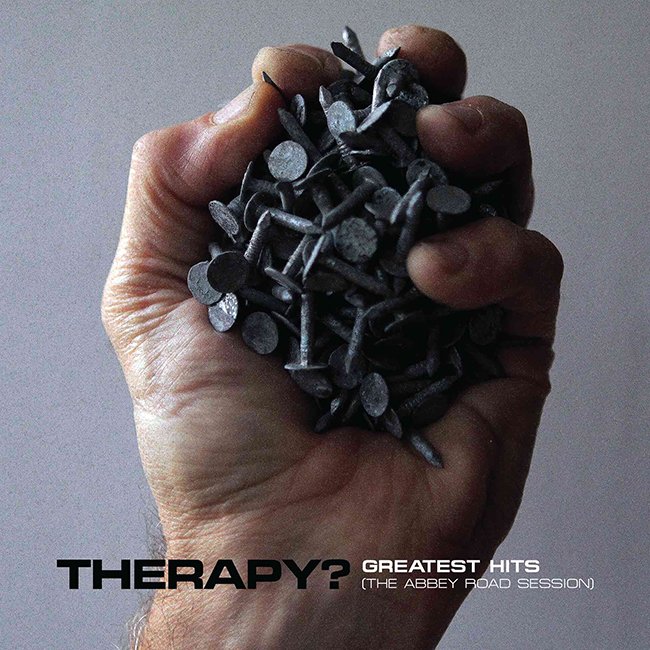 Therapy? will be touring the UK and Europe in March:

THE STRANGLERS - Announce THE DEFINITIVE TOUR 2018

The Stranglers will be hitting the road again in March 2018, this time with The Definitive Tour. With the vast catalogue of material that the Stranglers have in their recorded arsenal, it is never easy...

Northern Irish rockers Therapy? have announced their latest album and 30-year anniversary of the band with Greatest Hits (The Abbey Road Session) due for release on March 6th, 2020. To coincide with the bands So...

Northern Ireland’s outsider three piece Therapy? return with their 14th studio album Disquiet. In spite of their misfit status, they have outlasted a great number of their peers and yet remained tangibly underground, sticking to...