The adrenaline-fuelled groove machine that is The Winachi Tribe release a remix of their debut single ‘Time For Love’ through A1M Records. . Initially released five years ago, David Tolan (Primal Scream, Tears For Fears) has given it a thumping update ahead of the release of their debut album in early 2021.

Lead singer, Liam Croker‘s voice is a gritty fusion of the eccentricity of George Clinton. delivered with Shaun Ryder attitude, tempered with a white northern soul funk-rock style, reminiscent of Sly Stone. ‘Time For Love’ is full of swagger and funk. Adding to their unique funkadelia sound is acclaimed percussionist Inder Goldfinger who is best known for his work with Ian Brown and Fun-Da-Mental with his neo-classical tribal rhythmic style.

The 5-year unstoppable journey has led The Winachi Tribe to the suburbs of Hollywood from the urban streets of Manchester through relentless hard work and a good slice of hustling. They’ve jet-set around the world, wowing at festivals and played with Grand Master Flash, Sugarhill Gang & Five and The Happy Mondays. Along the way, they’ve received global radio support and clocked up hundreds of thousands of streams, picked up acclaimed U.S. songwriting awards and appeared in the L.A. Times.

The Winachi Tribe - an unsigned band from Warrington, England, who have managed with a single-minded vision, relentless hard work, unique talent and a good slice of hustling over the last five years, with no corporate backing to jet-set around the world collaborating with some of the most legendary names in both the worlds of music and film. Securing major endorsement from iconic Italian fashion brand 'Pantofola d'Oro' and music equipment giants 'Behringer' & 'MIDAS Consoles' along the way. 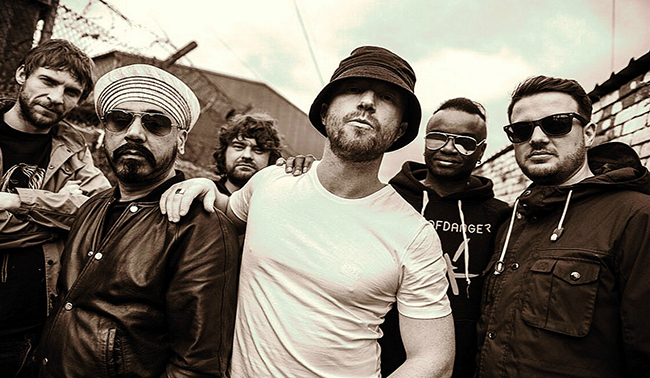 2020 alone (while during a global pandemic) has seen the band win two prestigious US awards at the annual 'ISSA Awards (International Singer-Songwriter Awards) in Atlanta, Georgia for 'Best International Band' & 'Best International Video' for single 'Funky But Chic', have our own trainer collection designed by designer Italian fashion brand 'Pantofola d'Oro' and sign a management deal with one of the most celebrated British music producers of the last 25 years Howie B (U2, Massive Attack, Bjork) and his management company 'BeeManaged'. The Winachi Tribe also includes acclaimed percussionist Inder Goldfinger (Ian Brown, Hacienda Classical, Fundamental)

UK collective The Winachi Tribe are back again with another slice of Electro Funk with a side order of Reggae fusion collaborating with the legend that is I Kong. Simply put, if you don't know...

‘A Room With A Zoo’ is the new single from Manchester Soul collective The Winachi Tribe, a band that are firmly on the ascendant. This trajectory is marked by the ten minute short film which...