Today The Vaccines share “Alone Star,” the new single from their upcoming album, Back In Love City which is set for release on September 10. The single is accompanied by a video shot by Mexican director Santiago Arriaga.

The band’s Justin Young says of the new video and its place in the utopic/dystopic Back In Love City: “We wanted the ‘Alone Star’ video to be one of hope, capturing the moment when you realise all is not lost. Anyone that has driven through the desert to Las Vegas will know about the roadside casinos that start popping up and lighting the freeways as you arrive into Nevada. This motel is exactly the same sort of institution, existing in the shadows of Love City where feelings of all kinds can be found if you look hard enough. Mexico is one of our favourite places in the world and an intensely characterful place, literally metres away from where we recorded this song, so it felt like the perfect location for our protagonists to find what they were looking for…”

Watch the video for “Alone Star” BELOW:

The band previously shared Back In Love City’s title track and “Headphones Baby.”

Fresh from their surprise performance at Latitude Festival and a barnstorming show at London’s Forum last month, the band can also now announce a string of shows in conjunction with the Music Venues Trust. All tour dates are listed below. Tickets go on sale on August 13.

Inspired by fictional cities - from Ridley Scott’s version of LA in Blade Runner to Cowboy Beebop’s Fear City - as much as places like Las Vegas, Tijuana and Tokyo, the idea of Love City took shape when the band’s frontman Justin Young set himself up in a house swap in Los Angeles, fuelling his fascination with disconnection: “I literally swapped lives with a stranger. I lived in house and drove his car while he lived in mine, but we’d never met and had no previous connections.”

A modern-day pleasure island - equal part utopia and dystopia - Love City was born from the band’s fascination with emotions as commodities and the desperation for human connection. “In some obvious ways we’re more connected than ever,” Young explains. “But we’re also more polarised than we’ve been for 100 years and the world is getting colder. What if there was a place where love and other emotions had run dry - but you could go to Love City to get them?”

As a backdrop for the album’s hyperbolic tales of 21st-century escapism, the titular Love City allowed Young’s songwriting to flourish like never before. He imagined The Vaccines as the house-band in Love City, a place where safety, solace and satisfaction are on offer as much as love, where mental and physical pleasure is for sale, and where nobody has to be alone.

The album was finished early in 2020 and mixed by Andrew Maury (Lizzo, Post Malone) with additional production from Fryars (Pharrell Williams, Mark Ronson). It’s not a lockdown record, but its theme of escapism in modern life resonates more than ever in the pandemic era. It’s a massive musical leap forward for the band, too, and while the trademark surf swagger and Western flourish of The Vaccines sound remains, Back in Love City is their heaviest record so far and documents a band flexing at their creative peak.

*= in conjunction with the Music Venues Trust 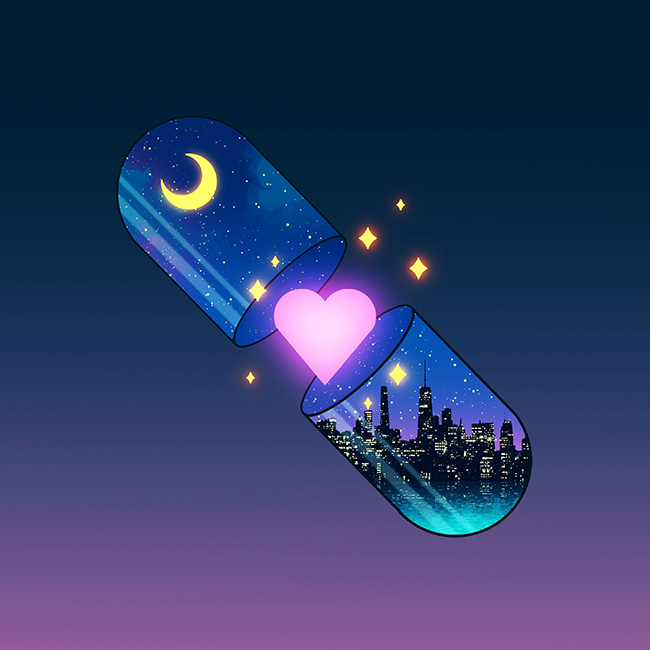 The Vaccines will release their new album, Back In Love City, on September 10. Recorded at Sonic Ranch, El Paso, TX, with producer Daniel Ledinsky (Tove Lo, Zara Larson, TV on the Radio, Rihanna), Back...

T Truman today releases his debut EP ‘Born To Be Right’, along with a groovy video for EP title track "Born To Be Right". Co-directed by T Truman and frequent aesthetic collaborator Timothy Heinrich, the...

The Vaccines are a group that seems to elicit either slobbering affection or almost incoherent hatred from the Indie/Alt community. On May 25th the band released their third album English Graffiti intending to run the...