It’s a brand-new version of mega-streaming, fans’ favourite The Great Escape and an appearance as weekend traders on Wigan Market that heralds the keenly-anticipated arrival of The Lathums’ debut album, now confirmed for release on Fri 24 September 2021 on Island Records. Titled How Beautiful Life Can Be, the summer-spanning countdown to all 12-tracks being finally available to the band’s loving legion of fans is now underway.

Whilst the outside world increasingly closes in on The Lathums close-knit bubble of offbeat humour, free-flowing jangle-indie and lyrics of unrestrained optimism, The Lathums opt to keep their launch proudly local by setting up a Lathums Emporium at Wigan Market on Sat 31 July 2021 from 11 am.

Nestled amongst the pet food, fruit and veg and handy DIY supplies, Britain’s most-tipped new guitar band will celebrate their latest landmark with a chance for fans to pre-order a limited ‘first edition’ pressing of How Beautiful Life Can Be and grab exclusive merchandise, autographs and selfies at the band’s very own, traditional indoor market stall.

How Beautiful Life Can Be, recorded at Parr Street Studios, Liverpool. In the company of producers, James Skelly and Chris Taylor, pushes The Lathums’ remarkable story into the next, even more exciting phase. The Great Escape, having been previously self-released by the young band, emerges from the album sessions in sparkling, new form, whilst retaining the melodic stardust that caused the first rumblings of the social-media led stampede to their early gigs.

Kick-started by growing pains and life’s unlucky twists, fuelled by the simple salvation of six guitar strings and supercharged by the fans that found them slogging their gear into the north of England’s pubs and small venues, The Lathums story may turn out to be the perfect not-all-nice-guys-finish-last tale.

It was only in summer 2019 that the band’s fuse was lit by Tim Burgess, who offered them a late slot at Kendal Calling where, inside 24 hours, social media chatter caused their audience to spill into the field beyond their tent. A year later they had achieved their first UK Album Chart Top 20 for vinyl-only EP compilation, The Memories We Make, recorded their debut appearance for Later… With Jools Holland and joined the BBC Sound Poll 2021 list of tipped acts at the end of a year that skidded on the black ice of a global pandemic but, somehow, left the band on their feet.

For a band whose singing songwriter had never been to a gig before playing his own, yet incomprehensibly carried a trunk load of sensitively-crafted, empathetic, sing-a-long anthems straight into their first rehearsal, The Lathums have flown at nosebleed speed to where they are now.

Hailing from Wigan on the overlooked fringes of Greater Manchester, The Lathums are Alex Moore, casting a new outline of the modern frontman, singing alongside student of the Marr-esque jangle guitar, Scott Concepcion, rapid-fire, wise-cracking bassist, Jonny Cunliffe (aka: Bass Mon Jon) and the steady, rhythmic, wise head, Ryan Durrans on drums. Pithily described by those closest as ‘like The Inbetweeners in a Shane Meadows film’, they are four bright, wild flowers growing between grey paving stones.

Looking confidently ahead to the weeks when late-summer turns to autumn, the release of How Beautiful Life Can Be coincides with The Lathums’ delayed turn as tour support to Blossoms, shortly before the band sets off on their own, rescheduled and upgraded, 22-date UK Tour including a SOLD OUT ‘homecoming’ at Manchester’s O2 Victoria Warehouse. 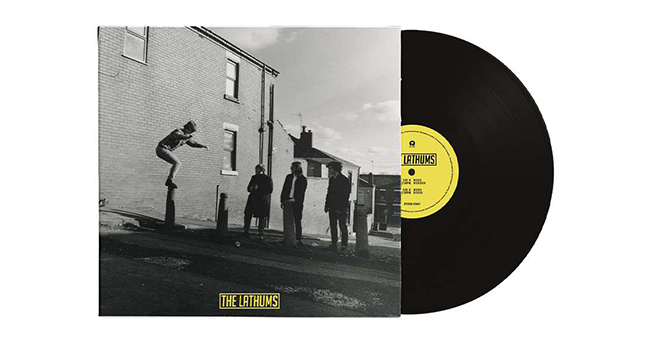 The Lathums have confirmed the tracklisting for How Beautiful Life Can Be as follows:

Wigan four-piece The Lathums are pleased to announce a headline Belfast show at The Limelight 2 on Tuesday 8th June 2021. They released their new EP 'Fight On' in March of this year to critical...

The first new music of 2022 from The Lathums reveals what lies in the vapour trails of their supersonic success story, with Sad Face Baby’s overwhelming emotion expressed in frontman, Alex Moore’s carnal, impassioned cries...

The emergence of the melodic indie band from Wigan with heart-quickening live intensity, near-spiritual positive energy and literary influences has thrilled The Lathums’ growing, all-ages fanbase covering all corners of the UK. In an 18-month...