The Helicopter of The Holy Ghost (featuring the melodious vocal skills of The Bluetones' Mark Morriss) release their second single “I Will Never Hurt” on Friday 18th June. This follows the same gentle path as the debut, "Slow Down" which garnered support from Steve Lamacq's and Gideon Coe's shows on BBC 6Music and on Robert Elms' on BBC Radio London.

The debut album 'Afters' is due to be released by Kscope, home of The Anchoress and The Pineapple Thief, on Aug 13th.

“I Will Never Hurt” is a song of separation and hope, so lyrically will resonate with many people who've been separated by large distances whilst trying to hold it together.

Billy Reeves comments “this is my favourite song on the LP because it's the one we finished last, which is often the way. I feel it’s a really nice example our fusing 90s slo-core with early 1970s Canterbury. Jon Poole from Cardiacs joined us on this song as well, tinkling the keys, but the real star is Alistair Strachan's beautiful shiny cornet, to whom we are extremely grateful and also to Gordon Mills Jr. who recorded the vocal just before we weren’t allowed in recording studios.”

Watch the video for 'I Will Never Hurt' - BELOW:

Billy Reeves formed theaudience for a bet, fortunately meeting the fabulous Sophie Ellis-Bextor two days later at The Garage, Islington. (He won the bet seven months later). The band got to 12 in the LP charts. In 2000 he signed to Sony with the group ‘Yours’ but this project was violently curtailed by joy-riders that hit his Morris Minor at 99 mph (on the way home from promoting the first ever gig by The Darkness). A long coma, many operations and a housebound year ensued.

In 2017 his brother gave him two mini-discs that had been saved from the wreckage, including demos of songs he had forgotten - due to crash-related amnesia. These songs were recently moulded into an album, ‘Afters’. The original concept for the material was probably formed while Billy was signed to Sony, which at that time, pointed toward a more commercial sound, however, Crayola Lectern’s involvement on piano help send the recordings into a more ‘Canterbury’ direction, taking influence from Caravan, Robert Wyatt and the like.

Featuring a stunning guest line-up including Simon Raymonde of Cocteau Twins, Dale Davis from Amy Winehouse’s band, Andy Lewis from Paul Weller’s group, Smiley from Joe Strummer’s Mescalaros and Thomas Anderson of fellow Kscope signees Gazpacho, the wide-ranging influence herein is evident throughout a very sweet, gentle, calming album of originality and versatility. What are these songs about? No-one knows. They are, however, very pretty.

The Vinyl LP edition of this album will be especially printed in an eco-friendly manner, with no shrinkwrap being used, the record itself pressed on 100% recycled records and the board made up of FSC certified climate-friendly recycled material. The whole package itself will be Climate-neutral, having all its carbon offset with ClimatePartner. 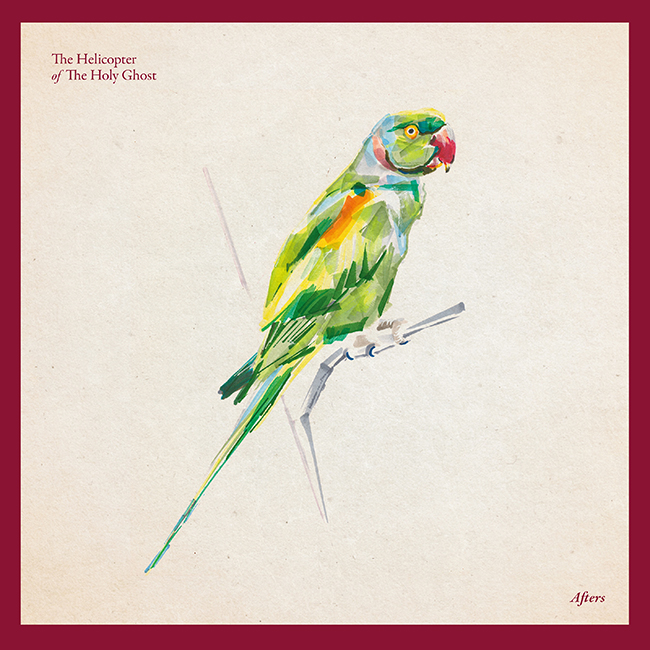 Afters is available on CD, LP and digitally on 13th August 2021 via Kscope.

There will a very limited edition 8inch clear vinyl release of the single “Slow Down” and a 10” clear vinyl lathe-cut of “I Never Will Never Hurt” with a unique b-side available direct from the band: https://thehothg.bandcamp.com/releases

The Helicopter Of The Holy Ghost are:

Co-produced by Richard Archer of Hard-Fi

The Bluetones make a welcome return to the live forum with their first tour in four years that starts on 16th September at Leeds 02 Academy and culminates on 27th at Bristol’s 02 Academy and...

Mark Morriss is a bit of a buzz-word right now with The Bluetones frontman recently announcing a reunion tour for this September, with many of the dates close to selling out. This album is the...