It's been over a year since the Cadillac Three hit the road for a tour, due to COVID-19 pandemic shutdowns. And while a return to live music would be a cause to celebrate in itself, the trio have another, even more exciting reason to mark the occasion: It's their 10th anniversary of being a band.

Despite being unable to play for fans in person, the Cadillac Three have kept busy over the course of the past year, dropping their hard-rocking Country Fuzz album in February of 2020 followed by the surprise release of Tabasco & Sweet Tea that October. The band also helmed a series of Country Fuzz Presents livestream shows, which benefitted the Second Harvest Food Bank of Middle Tennessee. 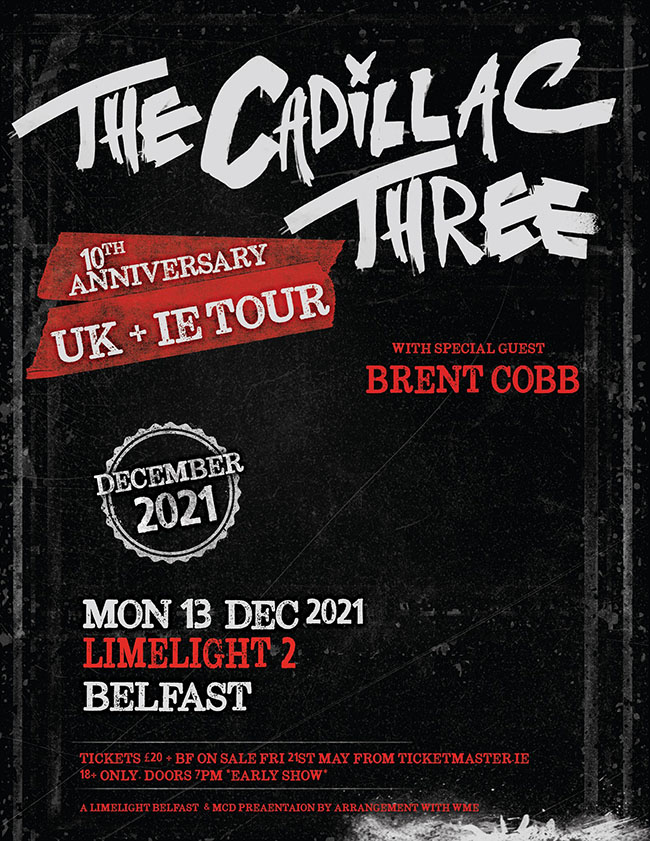 Today XS Noize is pleased to premiere the video for 'The Shit Hits The Fan' by Andy White. Andy White is a Belfast singer-songwriter whose first EP Religious Persuasion and 1986 debut album Rave on...

Wigan four-piece The Lathums are pleased to announce a headline Belfast show at The Limelight 2 on Tuesday 8th June 2021. They released their new EP 'Fight On' in March of this year to critical...