Acclaimed indie act The Antlers are announcing the new album Green To Gold today. Their first new record since 2014’s ‘Familiars’, Green To Gold will be released 26th March via Transgressive.

A continuation of the music videos from the 2020 singles 'Wheels Roll Home'  and  'It Is What It Is', this film is the third in a series of ten created for ‘Green to Gold’ in collaboration with directors Derrick Belcham and Emily Terndrup and world-renowned contemporary dancers Bobbi-Jene Smith and Or Schraiber.

“Solstice is a flashback to the infinite days of peak childhood summer, innocent barefoot hikes, staying outside all afternoon and late into the evening, well past it being too dark to see,” lead singer and songwriter Peter Silberman explains. “But it’s remembered from the vantage of a present-day that feels unbearably long rather than joyously endless. It’s an invocation of those simpler times, an attempt to conjure the lightness of youth before life got so damn complicated.”

Watch the new video for “Solstice” BELOW:

Perhaps what distinguishes ‘Green to Gold’ from the rest of The Antlers’ canon is its, well, sunniness. Conceived and written almost entirely in the morning hours, ‘Green to Gold’ is the band’s first new music in nearly seven years, and easily their most luminous to date. “I think this is the first album I’ve made that has no eeriness in it,” Silberman asserts. “I set out to make Sunday morning music.”

Unlike other Antlers albums, Silberman didn’t feel compelled to turn a human experience into a circuitous mythology. He chose a more direct approach: documenting two years in his life, without overthinking or obscuring what the songs were about. “Most of the songs on ‘Green to Gold’ are culled from conversations with my friends and my partner. It’s less ambiguous about who’s speaking and who’s listening,” says Silberman resolutely.

“I think the shift in tone is the result of getting older,” Silberman added. “It doesn’t make sense for me to try to tap into the same energy that I did ten or fifteen years ago, because I continue to grow as a person, as I’m sure our audience does too. Green to Gold is about this idea of gradual change,” he sums up. “People changing over time, struggling to accept change in those they love, and struggling to change themselves. And yet despite all our difficulty with this, nature somehow makes it look easy.” 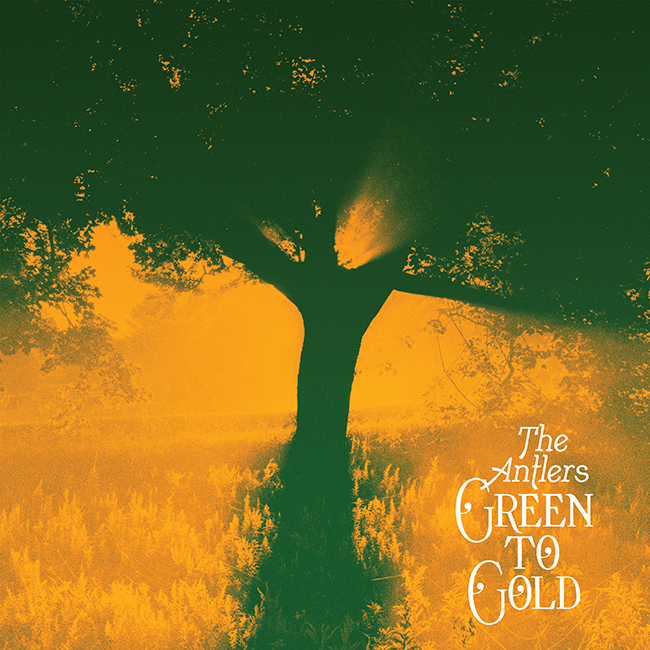 TRACK OF THE DAY: THE ANTLERS - 'Director' (Dave Harrington Remix)

Proclaimed by Pitchfork.com as "one of the most interesting indie rock bands working," Brooklyn band The Antlers have released a powerful reimagining of their track "Director" created by musician and producer Dave Harrington, renowned for...

New York’s The Antlers have recently returned to sharing new music after a seven-year hiatus, revealing a handful of singles with what Stereogum has called “twinkling and soothing instrumentation.” Today they have shared “Just One...

THE ANTLERS share video for new single 'It Is What It Is' - Watch Now!

Today The Antlers have shared a video for their new single “It Is What It Is”. Directed by Derrick Belcham and Emily Terndrup, the video features the world-renowned contemporary dancers Bobbi-Jene Smith and Or Schraiber....