On 5th June, Demon Music Group will release 180g coloured vinyl reissues of three albums of the Britpop era. Longpigs were an alternative rock band, who came to prominence in the 1990s Britpop scene. They were fronted by songwriter Crispin Hunt, and featured future BRIT and Mercury-nominee solo artist Richard Hawley on guitar, with Simon Stafford on bass and drummer Dee Boyle completing the lineup.

Their debut album, The Sun Is Often Out, was released in 1996 on U2’s Mother label. The album features four UK Top 40 singles, including ‘On and On’ and the infectious ‘She Said’.

This cult classic is being released on vinyl, pressed on 180g heavyweight blue vinyl. 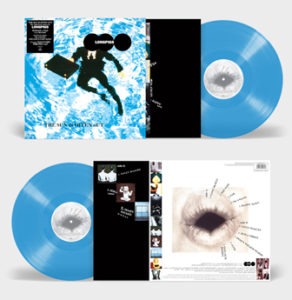 Short, sharp and frank reviews from a confessed vinyl junkie. I’ll be posting my most loved records and most recent purchases right here for your perusal every week. 30th Anniversary edition of the much-lauded debut […]

Having long been out of print, Teenage Fanclub have announced details of the vinyl re-release of five of their classic Creation Records albums – Bandwagonesque, Thirteen, Grand Prix, Songs From Northern Britain and Howdy! Released […]

ON THE TURNTABLE: Liam Frost & The Slowdown Family – Show Me How The Spectres Dance

Short, sharp and frank reviews from a confessed vinyl junkie. I’ll be posting my most loved records and most recent purchases right here for your perusal every week. Reissue of the underrated classic debut album […]