Duran Duran’s Nick Rhodes and British artist and singer/violinist Wendy Bevan have released their debut album ‘ASTRONOMIA I: THE FALL OF SATURN’ via Tape Modern, available here. The pair have shared the album’s opening track and visual, ‘The Great Attractor’ - Watch below.

Over the past twelve months, the duo have collaborated on a monumental series of 52 cinematic instrumentals inspired by the Universe. These works will be presented across four 13-track, individually named albums, as the Astronomia project. The first release ‘The Fall of Saturn’ drops on the Spring Equinox (March 20, 2021) and will be followed by three further records, all released on the equinoxes and solstices for the remainder of the year.

Rhodes and Bevan first started working together during 2018, instantly conceiving an exquisite, and very visual musical language. As artists, separated by the oceans, Wendy in Los Angeles and Nick in London, these works were made as a direct response to the sadness and turbulence of the past year, as revealed exclusively to Variety today.

About the project the pair said;

Nick Rhodes
“As we have all been living somewhat blinkered lives over the past year, Wendy and I found ourselves searching for a way forward, and were magnetically drawn towards the idea of creating something widescreen, to broaden our perspective in that moment. The universe became an infinite source of inspiration, taking us on a journey through this sadness to a future filled with awe and hope, exploring the endless beauty of the unknown.

Merging the drama and moods of classical music with the textures and atmospheres of analogue synthesizers created the rich palette of sounds that we used to make the Astronomia albums. Each track is like a sonic painting, where different styles, colors and composition form singular pieces that belong in the same exhibition.

The Fall of Saturn is a musical allegory for these times. A moment to reflect upon our fragility, the way we treat each other and our planet. A symphony of hope and dreams for our future.”

Wendy Bevan
“Inspired by the lustre of stars, we had the perfect setting to create a musical language. All fifty-two pieces we wrote for the Astronomia project have become a memoir locked into a time capsule; musical notation to be released into the mysterious abyss.

Nick and I were on a quest to pursue the ineffable, and Astronomia became a landscape for the cinematic vision we share. We found ourselves making an ethereal soundtrack to accompany the process of change we were all experiencing on a global level during that time.

Created by layering violins, synths, vocals and orchestral arrangements, each track unlocks another door in the world of Astronomia, instantly transporting you to another dimension.”

Listen to ‘The Great Attractor’ - BELOW:

With a shared love of film, photography and style, Bevan and Rhodes plan to accompany each track on the Astronomia volumes with a carefully curated visual, available via their Instagram @astronomiavolumes. A new clip will be released every week for one year, commencing March 20th.

ASTRONOMIA I: THE FALL OF SATURN’ – TRACKLIST
1. The Great Attractor
2. Pandora And Prometheus
3. Changing Aspects Of The Rings
4. The Drowning Heart Of Andromeda
5. The Fall Of Saturn
6. Unknown Recital
7. Oceans Of Titan
8. The Cassini Division
9. Veiled Apparition
10. Sacred Tears Of Dione
11. Scarlet Awakening
12. Aphelion
13. Sixth Planet From The Sun 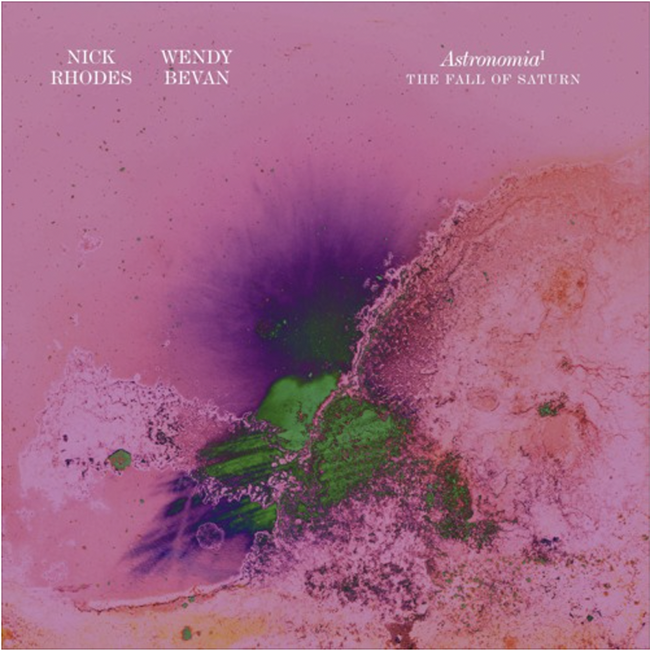 Today, Duran Duran have shared their stunning new animé lyric video for their latest single ‘MORE JOY!’ feat CHAI. The video was created by Melissa Ladybug, and comes ahead of their highly anticipated fifteenth studio...

This week sees the 40th anniversary of Duran Duran’s self-titled debut album. XS Noize looks back on this momentous release from a band that would become the ‘Fab Five’ of the ‘80s. It was December...

DURAN DURAN announce two intimate shows in their hometown of Birmingham, at the O2 Institute this September

The iconic multi-platinum and award-winning British band, Duran Duran, announce two intimate performances in their hometown of Birmingham, at the O2 Institute. Duran Duran will play on 14th and 15th September 2021 ahead of the...